Cleaning up some stuff before the back-to-back gets going tomorrow night.

-It’s clear to everyone that the power play has become an issue. Well, that’s been obvious to everyone for a while. Now it’s become a blot on society. Last night was one of the worst performances we’ve seen from it in years, and that includes some of the Quenneville power play incompetence. Not only did it not produce anything but actually was a detriment in that it gave up a ton of chances against. The reasons for that are clear, but we’ll circle back.

For me, the power play issues haven’t been as big as some might think because the PK has been so good. There’s a theory out there, and one Quenneville almost certainly believed in, that if your PP% and your PK% add up to 100, then you’re fine because you’re breaking even and you can win the games at even-strength. Which you should do if you’re a good team. This is why Q never really gave a shit about the power play (it was bad for most of his time here even with the wealth of talent on it) because his PK was always very good and the team was very good at even-strength. That’s what mattered. The Hawks only have 25 goals with a man-advantage, but they’ve only given up 26 shorthanded. So essentially, they’re even.

However, we know that the Hawks aren’t a good even-strength team, and they need to be better than just even if they’re going to go anywhere. I might wish for them to be a good ES team, and that would be the ideal outcome, but as last night was Exhibit AAG or whatever they’re just not going to be.

It’s particularly frustrating that the Jets had this so well clocked, because one, they’re one of the worst PK teams in the league and two, Paul Maurice is one of the bigger inattentive dopes behind a bench in the league. So the cat is obviously clearly out of the bag.

The whole league knows what the Hawks want to do, and the Jets last night were even content to let the Hawks enter the zone. Because they knew how it was going to go down. There would be the drop pass to Kane, who would gain the line and then spray out a chipped pass to Toews on the boards and on the rush. You feel like this should be a good thing, as scoring off a rush on the power play is allowed and the Hawks should try and do it more. But the Jets were also clear that Toews having the puck outside the circle wasn’t really a threat, and as long as they closed off the passing lanes to the middle and had one forward behind him for the bump-back to the point, they were covered. Not only were they covered, but when the puck was turned over the Hawks would have at least three, if not four, skaters ahead of the puck, whether that turnover was along the boards behind Toews or a blocked pass to the middle that same forward trailing Toews could pick up the pieces to. That’s an odd-man rush every time the other way.

Without Adam Boqvist, this is hard to change. Erik Gustafsson, though he thinks he does and can occasionally miracle his ass through a couple checkers, does not have the speed to weave through the neutral zone. The fix, or one solution at least, is obvious and we’ve been screaming for it for a while. Boqvist, and only a handful of times, needs to fake that drop pass to get the first PK’er behind him, and then take the line himself. Given his skills he should be able to find space amongst three opponents, or even two if he can beat one with his feet (which he should). This should back up all four penalty killers after a short time, so that the long-loathed drop pass to Kane has the effect desired of him attacking four guys basically standing still. It also opens up those wings a bit more, so Toews isn’t blanketed when he gets the puck along the wall.

Freeing up Boqvist is about more than the neutral zone, though. He doesn’t shoot enough when the Hawks are set up, and for a while the Hawks should be looking to open him up, not doing everything in service to the cross-seam pass from Kane to Top Cat that teams figured out months ago.

The Hawks have the right set-up right now, as Dach, Boqvist, and Top Cat give Kane three-right handed options looking at him from the right wall. This is what you want. But the Hawks are too consistently placing Dach at the net instead of the high-slot, or having Toews in the corner and no threat of going to the net because Dach is taking up that space or his reluctance to simply try and slam it home. They’re not making that PK’er low on that side make a decision. He can simply leave Toews alone and block up his passing lanes. Toews also hasn’t really been the guy in front much, but it’s in his locker and would be more valuable bouncing between there and the corner than Dach abandoning the high slot to go down low as well.

The other option is to let Dach run stuff from the other wall with Kane, Gustafsson, and Toews looking at him from those spots, with maybe Strome down low? But that’s just a mirror of what we’re talking about. That could leave you with a second unit of Boqvist, Top Cat, Saad, Kubalik and Idiot du Jour which is better than what they’re rocking now.

It’s really not that far away from being threatening. But they have to make these changes.

-Lots of talk recently about how DeBrincat can’t seem to buy a bucket, and he was especially awful last night. His turnover on the PP led to the shorthanded goal which changed the game, and the whole night he just seemed like his gloves were filled with rubber cement. Rough nights happen, whatever.

Still, and this is more of a product of my unmatched skill of being unobservant, I only noticed today that the DeBrincat-Kampf-Strome line is starting just 33% of its shifts in the offensive zone. Which really doesn’t add up. The temptation is to rant and rave about Colliton, and he is the one making the decisions. But it’s kind of another example of the misshapen nature of the roster.

You want to use Kampf as a checking center, because that’s what he does. But the Hawks don’t really have the wingers to go with him to do that and have a “3+1” model that I think they’re shooting for. Smith is too slow, Highmore too inexperienced and bad. Nylander? Forget it. So you have Kampf and Carpenter and that’s about it.

The urge is then to say that Kubalik-Toews-Caggiula should take some more defensive starts to get Strome and Top Cat up the ice more, but we’ve remarked the past two seasons that Toews isn’t really a do-it-all guy anymore who can push the Hawks into the offensive zone from the defensive one consistently. So if you started the top line in their half more often, you just might lose out on some of the scoring they’re providing right now.

Top Cat’s line needs to start up the ice more, but there is no perfect solution.

-Another weird number: Maatta’s and Koekkoek’s metrics being so in the black (52.4 CF%, 55.1 xG%) while only starting 40% of their shifts in the offensive end. Maybe this is a way to juice Top Cat’s line a bit, catching the right matchups and seeing if they can’t get up the ice more. Maybe it’s all an illusion. But the Hawks need to try everything at this point. 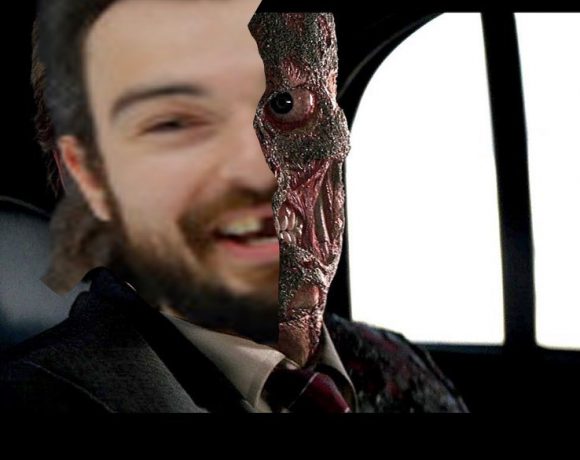 Game #12 – Hawks vs. Kings Spotlight: Sentimentality Is Dead, But No One Seems To Realize

Game #45 – Predators vs. Hawks: Lineups & How They Were Built