As the Hawks venture into the western reaches of Canada, let’s look at who’s hot and who’s not:

Brandon Saad. Playing on a line with Patrick Kane will always help your scoring no matter who you are, but there’s no reason to nitpick. Saad has been putting the puck in the net lately—three goals in his last four games to be exact. We need Saad to score and that’s happening, he’s currently sporting a 51.6 CF% at evens, and his shooting percentage is sitting at a career-high 15.2. Sure, it could level off a little but he’s been hitting his stride this season and quietly being just solid.

The goaltending. Since 2/1 and going into Winnipeg: Corey Crawford, .932 SV%, 2.36 GAA, 76 shots faced in 2 games; Robin Lehner, .950 SV%, 1.96 GAA, 40 shots faced in 1 game. Now I know, Crow gave up a couple late goals against the Jets, but when you’re on the PK for like 12 minutes a period, that can happen. Besides, he was the only reason that game didn’t turn into a curb stomping in the second period. The Hawks’ playoff hopes may be hanging by a thread, but imagine if we didn’t have this tandem and or if they weren’t playing this well. Actually, don’t imagine it. I just did and it was even more frightening than our current reality.

Nick Seeler. Just a big, dumb oaf. He had an assist in his first game against Winnipeg, but also a stupid penalty and useless fight. Please get better soon, Adam Boqvist.

Alex DeBrincat. Can somebody just give Top Cat a big hug and tell him everything is gonna be alright? Granted, he got a goal against the Bruins on the power play a few days ago, but aside from that he’s like the episode “Homer Defined” except the dictionary entry would say “snake-bitten” \adj.\: 1. Having been bitten by a snake; 2. Cursed, or generally unlucky without reason; 3. Alex DeBrincat. 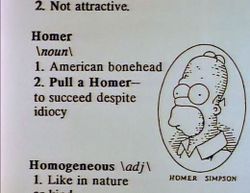 Meanwhile, his xGF over the last 10 days is 54.4%, and he’s generating a lot of shots (hell, he had eight against Arizona). But the finish is non-existent, and against Winnipeg on Sunday night he was awful, finishing with a miserable 25 CF% and -36.1 CF Rel. Hopefully this is rock bottom and he can at least sort of contribute as this ship slowly sinks.

Connor Murphy. Did you know this poor bastard has had 66% of his starts in the defensive zone since the break ended? Even with that shitty workload he was nearly equal in possession prior to Sunday (49.5 CF% at 5v5). He’s just doing what he does and not getting enough credit for it, so we’ll be the ones to say something nice about our Large Irish Son.

Kirby Dach. OK, this may be a little harsh and I honestly considered putting Dach in the Highs, but he wasn’t great against Winnipeg, so here we are. However, there’s no denying a point streak, and while Dach hasn’t been potting a bunch of goals lately he’s still managed to rack up six points in his last six games, with the streak ending against the Jets. Five of those points were assists and hey, we’ll take it. Beyond just that, his skating, puck handling, and general demeanor are surpassing his tender years, and he seems to be turning into a genuine top-line center. No, he’s not there yet, but it may not be that far off.