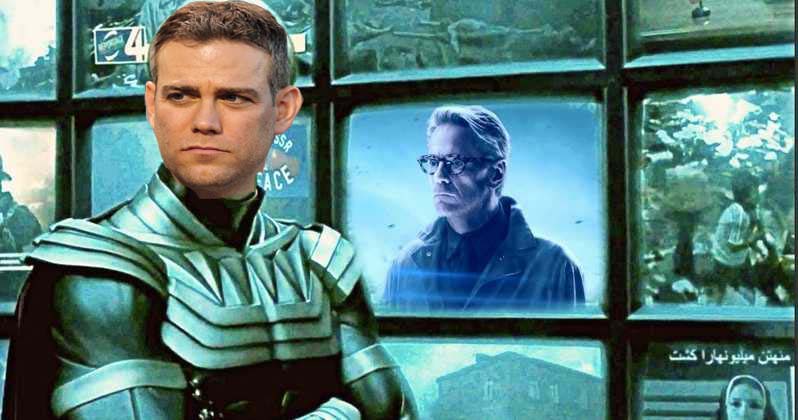 With pitchers and catchers starting to trickle in to Mesa, or even the full set being there based on the pics flowing out, I’d like to start getting away from writing about luxury tax penalties and revenue sharing rebates and the like. The problem is its utterly impossible to do with the Cubs, because so much of what this season is gong to be has hinged and will hinge on that, and we’re still here.

I’ve spent the whole morning trying to reconcile these two pieces, one is Craig Edwards at Fangraphs today talking about how the Red Sox savings on trading Mookie Betts and David Price is really about just saving on payroll this year with the “savings” on penalties from taxes and revenue sharing not all that high. The other is from Brett Taylor a couple months back which set the Cubs world alight that really explained what was going on with the Cubs’ quest to get under the luxury tax this year. You probably read that one.

The conclusion of the latter was basically that the real punitive measures would arrive in 2021 if the Cubs didn’t get under the threshold this year, while Edwards is basically saying for a team like the Red Sox (and by extension the Cubs, because they come from the same neighborhood) the difference is basically negligible. There are a lot of variables, and mostly ones I can’t straighten out in my head.

Basically, what I can conclude from my addled brain is that it wasn’t so much actual payroll the Cubs have avoided the past two winters, but long-term commitments that would have left them with no choice but to be over the luxury tax this season and next. Perhaps if Bryce Harper or Manny Machado would have signed a one-year deal, they would have done that. Clearly, that was an impossibility. Which really means we can’t pass final judgement on what the Cubs are doing, though we can come pretty close, until we see what 2021 has in store. And that’s both if they manage to get under the tax this year or if they don’t.

What’s also clear is that the Cubs real crime was going over the tax last year and having a mediocre season. Which is exacerbating the perception of the problem. Had the Cubs won the division last year (which they still should have) and then say taken the gift the Braves gave the Cardinals in Game 5 in the same fashion before getting brained by the Nats, the angst is probably a lot lower. But because of the way the season ended, the urgency of the fanbase to claw back what was lost or not achieved can’t be matched by the front office. Which is piling on top of 2018, which came down to bad sequencing. Again, having one good day against either the Brewers or Rockies then instead of two bad ones chances the perception. While no one would ever be happy with a “step back” at any point, perhaps you could stomach it just a touch easier if there were one or two more playoff series wins banked than the current five the Cubs have over the past five seasons.

Which makes you wonder what the Cubs would be doing now if they hadn’t exercised Hamels’s $20M option last year. Had they known he would go on the shelf for a month or more (not hard to forecast given his age) and then be gasoline when he came back, they clearly wouldn’t have. That doesn’t mean the Cubs would have simply lost $20M on their payroll, been under the tax, and not have to worry about third-straight-year penalties before a new CBA kicks in as they are now. There still would have been a hole in the rotation, and perhaps they would have just filled it with Chatwood, and probably been even worse than they were, at least in the stretch when Hamels was healthy.

But that’s the rub. They were kinda shit anyway, and now have to go through all these austerity measures without any recent glory to ease the pain. And you and I are left to identify what is the number on financial losses, or rebates gained really, that we can find acceptable for the Cubs to justify whatever it is they’re doing now. That’s impossible to do without seeing their books, which we’re never going to.

I heard Sahadev Sharma on the Effectively Wild podcast today say that ideally, at least to Theo, he would get to pull a Yankees 2016 and somewhat rebuild on the fly, flogging big pieces midseason in a down year to turn around quickly. Except that oversells what the Yankees got for Chapman and Miller. Yes, they got Gleyber, but he didn’t turn the Yankees around on his own. For Miller, they got Clint Frazier whom they barely use and Justus Sheffield whom they punted for James Paxton which worked out ok for 150 innings.

The major contributors to the Yankees were already in the system or there (Judge, Gardner, Sanchez, Tanaka) or acquired cheaply or on the market (Chapman again, Green, Ottavino, Happ, Urshela), and they didn’t even get anything from Stanton (whom they essentially just bought) or Severino (their product). It’s not that easy.

The Yankees ended up winning 84 games that year (sound familiar?), but they had much more ready to rise the following season. The Cubs don’t have an Aaron Judge in waiting to arrive next year to join whatever the haul might be for a midseason trade of Kimbrel or Quintana or Bryant. They have like, Brailyn Marquez. And what they do have that could blend in 2021 with whatever they get from whatever they throw overboard this July is only around for one or two years. It’s not long term like the Yankees were locked in for.

Basically, as we get ready to start this season, it’s clear that everyone’s to blame. Welcome to Cubs baseball.