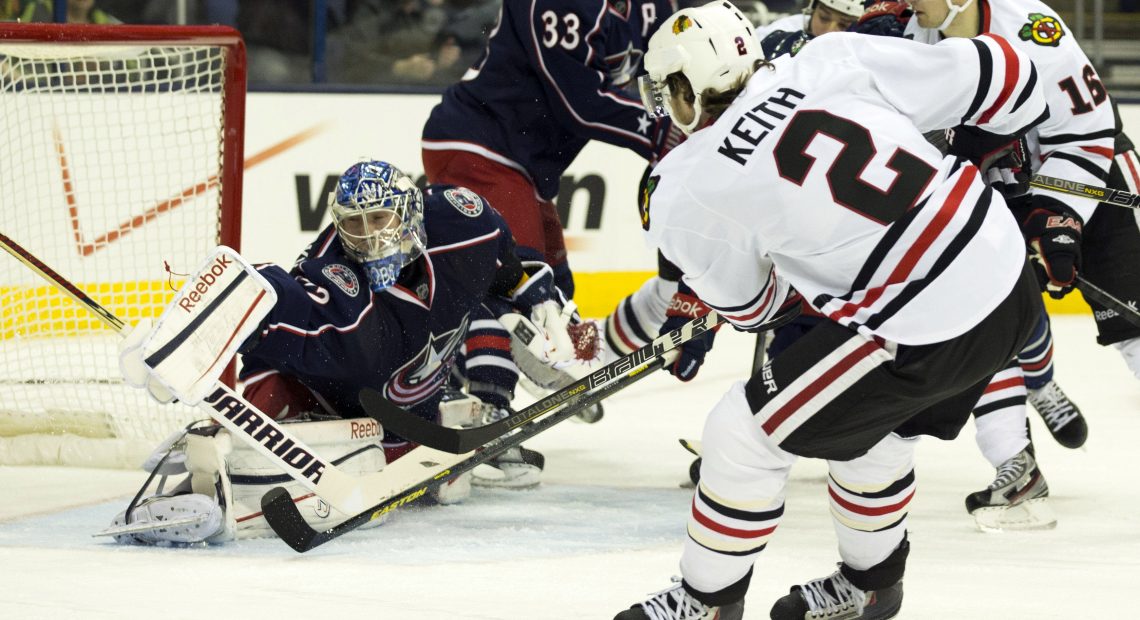 Tonight’s game in Columbus is a textbook example of why it’s perfectly acceptable to have ties in the NHL. Both teams had stretches of carrying the play, and both looked sloppy at times and were bailed out by timely goaltending, that is until the sideshow used to decide the contest.

Nine-game point streak notwithstanding, Columbus is still a mediocre-to-bad team, but they have been playing with a level of tenacity this season that they haven’t had since (or even during) the Ken Hitchcock vise-grips era. They might be in the West’s basement, but they’re not a doormat. That in large part has had to do with Sergei Bobrovski being absolutely out of his skull lately, as he was again tonight. It took a perfect shot from Johnny Oduya off a perfect pass from Patrick Kane to beat him, and yet he still managed to get clowned in the shootout. It doesn’t seem fair, but I’m sure the Hawks will take the two points. Hot bullets, served fresh off of the Pizzazz.

It’s tough to not give this to Bobrovsky or even to Hjalmarsson for the several outstanding defensive plays he made, but Slim Shady factored into every facet of the scoring, so here he is.