We Are The Young So Raise Your Hand 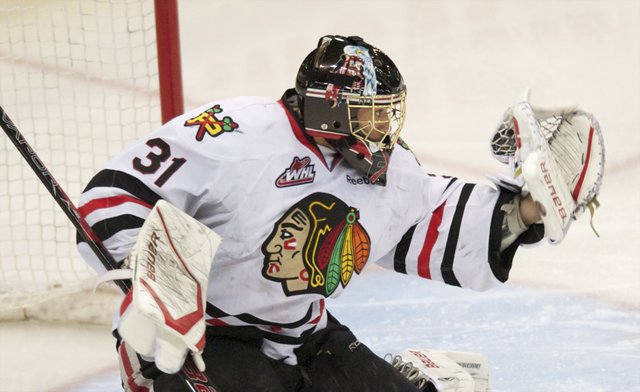 Right, let’s move farther down the organizational totem pole….wouldn’t that be a great pickup line? “Hey babe, you wanna move up the organizational totem pole?” Actually, that would be awful but kind of funny. Kind of like, “Hey, let me put my plus into your minus.” Or “Why don’t you come back to my place so I can overload your box?” Ok, now that’s over. Anyway, what did the kids get up to this weekend?

Shall we start as always in the Q? Sounds good.

As always, we’ll begin with apple of my eye Phillip Danault. He had two assists on Thursday in an overtime win for Victoriaville. In fact, that OT winner was assisted by Danault and Brandon Whitney, so that must have been something. Whitney got in two appearances over the weekend, one start and one in relief. The start wasn’t so good, four goals on 21 shots. The 55-minute relief appearance was better, stopping 30 of 32 shots.

Danault now has 27 points in 16 games, slightly slowing down from his earlier pace. But teams are probably paying a lot more attention to him.

We’ll stay with the Quebecois and to Rouyn-Noranda where Dillon Fournier had two assists in two games and was a +2. He’s got eight points in 11 games from the blue line and is a team-leading +12. Rouyn is also in first place in their division, if that matters to you. And it probably shouldn’t.

Ok, to Neil Young’s birthplace and Ontario. In London, Alex Broadhurst didn’t scratch in three games this past weekend and was a -2. He’s also about to see his chance to play at Comerica Field washed away this week. Rough times for the kid. Garret Ross also failed to find the scoresheet in two games. ALL OUR PROSPECTS SUCK IT’S ALL OVER PEOPLE WE DON’T HAVE A PRAYER OH BUT RIGHT THERE’S NOT GOING TO BE ANY HOCKEY ANYWAY!

Ok, popping over to the West Coast, or whatever that Interpol lyric was. Mark McNeil had a goal and an assist in two games. He’s got 16 points in 15 games. Mac Carruth continues to be the truth for Portland, though he’s splitting starts. He had another shutout in his one dress-up, and has given up three goals in four starts.

College time? College time. Kevin Hayes had a three-point game for BC against Umass-Lowell on Sunday, and has got six points in five games. Stephen Johns is +5 in six games for the Irish. No one else is doing much of anything.

Nothing to report from Europe as both Teravainen and Shalunov are hurt. Well, I’m just guessing in Shalunov’s case, because he hasn’t played in a while.

Elsewhere? Chris Calnan is beating up children to the tune of 20 points in 14 games, and Hinostroza is playing well in the USHL.

I’m now going to do something with my life.