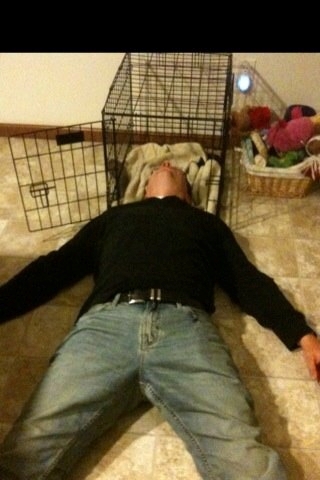 Full disclosure:  The picture above is of my friend Chris, with whom I have a running bet.  The bet is every time the Hawks play the Wild, or the Sox play the Twins each game is worth one beer.  We keep a running tally (well he does, and I question his accounting methods) and with how terrible the Sox and Hawks have been it’s become quite costly.  So for the Sox to take 2 of 3 from a scorching hot Twins team, well, that’s better than gold.  That’s beer.  Anyways, the Sox did indeed take 2 of 3 from the Twins.  I said in the preview that I would consider winning one of three a victory, so I guess taking the series is…ultimate victory?  I dunno.  Either way, the team and the fans should be very pleased after today’s rain delayed game.  I assumed (almost correctly) that after Giolito was forced out of the game due to the lengthy rain delay that the bullpen would implode and the Sox would lose the rubber match.  Evan Marshall tried with a little help from Leury Garcia (who had a bad case of the yips today), but Bummer and Colome were able to seal the deal.  To the bullets!

-Thankfully Moncada only missed one game after being drilled on his knee by Chris Sale last series, so that bullet got dodged as it were.  Looks like Tim Anderson is gonna be out 4 to 6 weeks thanks to a shitty Fenway infield and a high ankle sprain.  Losing him not only hurts the fun quotient of the team, but forces Leury Garcia into SS duty, which is quite the ask for someone who clearly has either a bum hamstring or a quad.  Both his errors today were due to his footwork and being out of position.  Hopefully the All Star break gives him the recuperative time he needs, as the Sox are going to need him down the stretch to keep the infield from becoming a clown parade

-Despite dropping off Yonder Alonso at the drive-thru at Goodwill, Zack Collins isn’t getting consistent playing time.  I don’t know what the idea was by bringing him up, but I can’t believe it was to watch Palka pulverize the infield dirt with ground ball after ground ball.  If you’re gonna have him up here, fucking PLAY HIM.  It can’t get any simpler than that.

-In other prospect news, it’s time to REJOICE, because Cease has risen from AAA to take the start against the Tigers Wednesday!  Good seats still available!  Seriously though, I am very excited to see what he can do against a semi-major league roster this week.  I fully expect him to get sent back down after the start for the All Star break, which is fine.  I just wanna watch that curveball make Nick Castellanos poop himself a little.

-Hoss Detwiler is better than Jose Berrios.  Just kidding.  It was nice to see the Sox be able to get to Berrios for a change, as in the past he’s had little trouble mowing them down one after the other.  Detwiler himself was…fine.  He was actually better than Nova the following day (not a super high bar to clear, but here we are), and I’d say he’s earned himself another turn in the rotation.  Just don’t forget Despaigne pitched well in his first start too.

-Now that Yonder Alonso is gone, I need someone else to shit on in each recap.  As nobody has been as terrible as him, I’m going with Ricky Renteria.  His lineups still suck, and his management of the bullpen (albeit slowly improving from the start of the year) is still terrible.  I hate being that “fire the coach” guy, but the evidence in support is starting to rack up, especially with how he’s handling injured players.

-Jon Jay has been a pleasant surprise so far, I’m just not expecting it to last.  The OF situation is still a dumpster fire, though Eloy had a nice sliding catch Saturday, and he even managed to not get hurt doing it.  Ryan Cordell is boring and bad.

-Next up is the Tigers of Detroilet, with the Sox now 3 games back of .500.  Sure would be nice to head into the All Star break with a winning record.  If that’s gonna be a thing, then 3 of 4 against the Tigers is the bare minimum, because you know the damn Cubs aren’t going to cough up 2 games to them.  Onward!