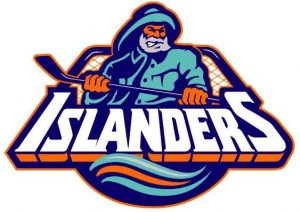 As bad as things have gotten here, they could always be worse. It only took 76 games to get there, but with that, the Islanders are humbly presented for consideration.

On top being a defensive disaster allowing fewer than 4 goals only three times this month and only winning one of those games (and really, who could have ever suspected that a team coached by Doug Weight would be defensively porous?), the Islanders find themselves at a crossroads as a franchise for seemingly the eleventy billionth time since their glory days of the early 80s. The move to Brooklyn and the ill-equipped for hockey Barclays Center has basically fallen flat on its ass, and the Isles already have a new home slated for two years from now technically back on The Island proper at Belmont Park, while playing a handful of games back in Nassau where presumably the toilets have stopped erupting shit skyward. On top of that, consistent Hart and Ross trophy contender John Tavares is at present slated to hit the open market come July 1st, and really, who could blame him given the state of things. Tavares will be the biggest ticket free agent to be looking for a new home in the post-Lockout III era, and the bidding war could be justifiably staggering. Which is a real shame, considering that the Islanders are arguably one of the last two truly “neighborhood” teams left in North American sports, the other being the local Southside Nine (pipe down, florid faced, sauerkraut reeking, green and gold clad spheroids to the north).

And the thing is, it doesn’t have to be this way. In a parity crushed league, the Islanders shouldn’t be that far away. If Tavares stays, they have center depth given what Mathew Barzal has shown in his surefire Calder winning rookie season, wingers who can finish in Anders Lee, the gap-toothed Jordan Eberle, and Josh Bailey when he feels like it. And they have a ready-made second pairing in the dearly departed Nick Leddy (sky point) and Johnny Boychuk along with a fine third pairing bum slayer in Thomas Hickey (also a pending UFA). But the problem certainly isn’t the Islander’s attack. It’s defending literally anything. The aforementioned defenders are all slotted probably one pairing above where they should be with no one to take top assignments and at least keep the hordes at bay even if they can’t flip the ice. Of course it doesn’t matter much when the tandem of Jaro Halak and Thomas Greiss are respectively sporting .905 and .891 save percentages overall. And in a goalie-centric league that’s currently sporting the highest level of what’s considered acceptable netminding, it’s pretty easy to see where this whole thing went off the rails. Sounds a bit familiar doesn’t it?

As for the Men of Four Feathers, whatever is currently sidelining Jonathan Toews, there’s no damn sense at all in playing him the rest of the way. Whatever the injury is or what the veracity of it might be, it certainly helps the cause out there of those on Team Tank, as if that makes any damn bit of difference in what looks like a one-player draft no matter how much the creepy draft scouts want to pump the tires of one of the other Garbage Tkachuk Sons. What it can do though, assuming that the entire think tank that’s helming the HMS Tone Deaf docked at 1901 West Madison remains in place, is increase the value of first round assets to re-tool this team that despite the shit show the last 4 months have been, isn’t really as far away from getting back in the thick of things as the doomsayers might foretell. Of course that would require an upright Corey Crawford and not whichever of the two fish from the end of video for “Epic” by Faith No More is in the net tonight, as if it matters.

It’s been a frequent joke around these parts that recent games could end up being an 8-7 affair, but seriously, that might happen tonight between what these two teams are tossing out there. On Thursday the Isles hosted the ‘Ning and combined for 13 goals IN REGULATION in a 7-6 win for Tampa, and the Islanders threw up 7 on the Hawks in January at the UC even when Toews was playing. If silly season wasn’t already here, it arrives with a fucking singing telegram kicking down the front door tonight.