Ken Boehlke and Jason Pothier run SinBin.vegas. They were kind enough to take the time to answer our nonsense. Follow their work on Twitter @Sinbinvegas.

So like the crusty old hockey guys we are, seriously we only drink Molson now, we’ve scoffed for a while at the Knights success. But it’s getting time to get past that, obviously. What is the key here? Gerrard Gallant? A unique style? As lots of people will be seeing this team for the first time live, what should they be looking for?

Boehlke: The biggest thing is their depth. The top line is clearly a cut below every other team’s, but the 2nd, 3rd, and 4th are better than pretty much every team. Plus, their defense pairings can hang with anybody and are pitching in a ton of offense. They all play a quick brand of hockey and no matter who is out there at any given moment they are dangerous in transition. You turn the puck over in your own end or in the neutral zone (or even near the blue line) the Golden Knights will be in front of your net getting a scoring chance in a hurry. Defensively, they play the simplest game you’ve ever seen in the NHL. Simple fast decision making usually has them breaking out of their own zone easily and quickly (except last night against St. Louis). Gallant is the ultimate players coach and deserves a ton of credit, but there’s more to his style that’s any different than anyone else. He just has this calming effect on the players and they seem to really want to play for him. Finally, what should they be looking for? Well, quick decision making, great transition from their own end to the neutral zone into the attacking zone, and a bunch of odd-man rushes. They don’t do anything you’ve never seen before, but they are good at doing things you have. That was a long answer, but that’s what you get when you ask seven questions masqueraded as one.

The Golden Knights play a relatively simple game. Limiting mistakes, pushing the tempo and maintaining possession are a few reasons why Vegas has 56 points in 39 games. Vegas plays smart, makes quick decisions and keeps their foot on the gas. They’re also very balanced, getting impact production from their offense and defense. Plus, Vegas has gotten steady goaltending all season. Lastly, Head coach Gerard Gallant is the perfect leader. His roster came together quick and believed they could win. He’s not a cheerleader type, but a coach that allows players to trust their instincts. Gallant won’t mess with his lines often, and gives players opportunities to work out of funks. His assurance with the players has created a fun, loose environment. One that’s perfect for winning.

William Karlsson never had more than 25 points in a season, now he’s got 33 in less than half of one. What’s the deal here?

The main thing is usage. In Columbus he was a third or fourth liner who was normally asked to concentrate on his defense. He’s an excellent defensive center, but now the Golden Knights are giving him a bunch more offensive zone starts and have put him on a line with Reilly Smith and Jonathan Marchessault who have made him into an attacking star. He’s just an all around stud player and his success is as much an indictment on the Blue Jackets not knowing what they had more so than the Golden Knights utilizing him properly. This guy is a stud and is going to be for a while. He may not score 30 goals every year because that shooting percentage is preposterous, but his 200 foot game isn’t going to change as time goes on.

Karlsson’s offensive stats are hard to ignore, but his overall play is what’s more impressive. He’s became a lockdown center effectively playing the full sheet of ice. His neutral zone decisions have created countless odd-man rushes for his linemates Reilly Smith and Jonathan Marchessault. Like many Golden Knights, Karlsson has benefited greatly from more ice time. The Swede is averaging four minutes per game more than his career average. Columbus couldn’t promise the same opportunities. Now that Karlsson is on the ice more his skill is more defined. The Golden Knights have a core two-way center that has a knack for finding the back of the net.

It’s the same thing with Malcolm Subban. He was never that impressive in the AHL with the Boston organizations, and is now rocking a .922. Is that just maturity and experience or a huge spasm of luck or something in between?

All the credit in the world goes to the Golden Knights goalie coach Dave Prior for Subban’s turnaround. He hit the waiver wire and Vegas pounced on him. Why? Because Prior knew it would only take a few simple fixes to turn him from a bum to a the 1st round talent he was when he was drafted. He’s a lot quieter in the net and he doesn’t take nearly as many risks. Prior has taught him to stay standing a bit longer than normal and with his elite reaction speed and big frame it’s made all the difference. He seems to be the real deal, but I still want to see how he responds to getting lit up. It’s been all positives here. That wasn’t the case in Boston and Providence. Can he keep his head on straight after giving up five or six goals? If he can, he might be the future for the Golden Knights, if not, maybe Oscar Dansk is.

Subban has played above anyone’s expectations, including the Golden Knights organization. In Boston, there was internal pressure because he was a first-round draft pick. His role never developed in the AHL and the Bruins were left waiving him. He’s incredibly athletic, strong and humble. Subban has refined his skills with the aid of Vegas goalie coach Dave Prior. Which could be a big reason why he’s playing so well. All that being said, it’s still early to declare Subban as the goaltender of the future. Vegas fans will be happy if he is. They really love to cheer “Soooooob” when Subban makes a nice save.

So the goalposts have had to shift now, yes? Where George McPhee might have been tempted to do some selling at the deadline to get long-term assets, he can’t really do that now, correct?

Absolutely not. The only thing he can do in regards to selling is “selling to buy.” If he flips one or two of the UFAs (Neal, Perron, and Sbisa) he’s got to bring back a long term piece that can also help now. No longer are 2020 2nd round picks a valuable commodity. My guess is McPhee completely stands pat at the deadline and just lets this team ride it out, but he’s not afraid to make a splash trade so who knows. But I will tell you this, every time he’s asked about the deadline he runs the same line, “I’m not going to sit here and derail anything.” So, if you take him for his word, he’s not going to sit here and derail anything.

I’m not fully counting out roster movement at the deadline. The Golden Knights GM has continuously said he won’t derail the momentum. However, he carefully reminds fans that it’s too early to plan for the playoffs. Which in my mind suggests McPhee is more concerned about building the future. Is it still possible that McPhee trades a player like David Perron for a prospect or draft pick? Of course, the only problem is disrupting a first-place team. McPhee can’t do that, his boss Bill Foley would be livid.

With the incredibly surprising start, as well as the novelty, how has the first half-season gone over in Vegas? Are they in the news and such? Buzz?

It’s everywhere. Literally the only thing people in Vegas talk about. It’s kind of a euphoric state in which everyone can’t believe how good they are and therefore there’s very little actual hockey talk. Instead it’s just a bunch of hyperbole and disbelief about how awesome it is to have a team that’s not awful. It feels a lot like a college town where you have to know what’s going on or you are basically a social outcast. That doesn’t mean anyone actually knows what’s going on, cause they don’t and not enough people know about my website, but they certainly know what happened in the last game. It’s cool and it’s only going to get better when the real games start in April and hopefully May and June.

The Golden Knights are the talk of the town, and righteously so. However, to my disappointment the local radio and tv stations haven’t fully committed. The NFL, Raiders, NBA, and UNLV continue to lead the local airwaves. During some local programming it sounds as if the Golden Knights were never created. It’s not the fans fault. Vegas fans are loud, passionate and enjoying this fairy tale inaugural season. The entire city is amped for the second half of the season, and possibly the postseason 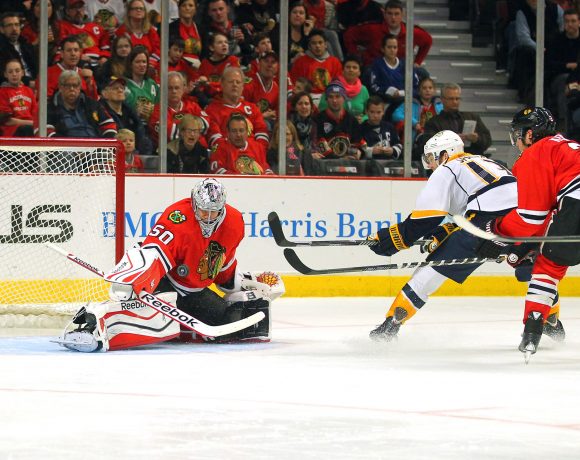 Your Face is a Mess: Predators 3, Blackhawks 2 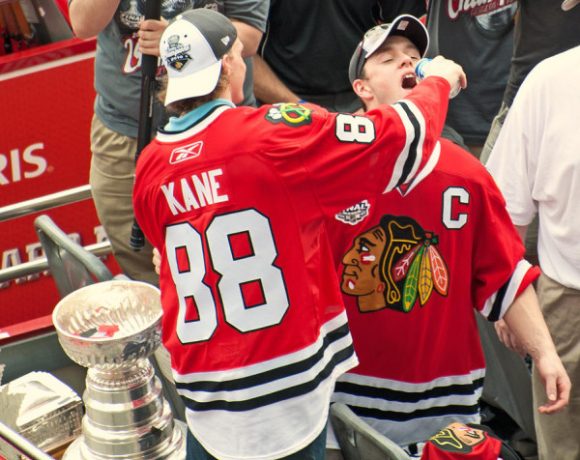