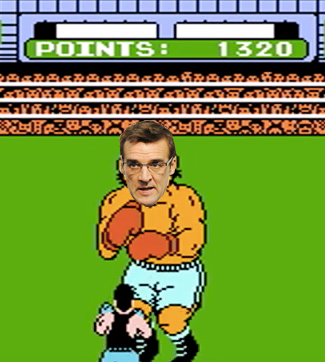 Just take a moment, and consider what might happen if one night on the Southside, Rick Hahn had a couple too many, or just had a bad day, and wondered down to the Twins clubhouse on a steamy July night and just drifted Paul Molitor for throwing Yoan Moncada. Or better yet, next season things aren’t going Ryan Pace’s way one Sunday afternoon, and he waited in the tunnel to jump Adam Gase (there’s an image).

What do you think the punishment for them would be? They’d be instantly fired, you’d think, no? Have to be. Maybe suspended for a season.

Not in hockey though. You may not know this, it happened nearly 20 years ago. But during the preseason in 1999, in a game in Columbus, then Washington GM George McPhee didn’t care for the lineup or deployment of the Hawks lineup. Instead of airing his grievances to the press or just heading to a local watering hold to blow off some steam. McPhee coldcocked Hawks coach Lorne Molleken outside the Chicago dressing room. This caused him to get jumped by a few Hawks players, which is even more hilarious.

If you tried to parse out inflation in suspension time, perhaps the month Gary Bettman made McPhee sit that season would be half of a season or a full one now. Maybe it wouldn’t be. But can you imagine a sport where this is forgotten? Woody Hayes did this and never coached again. WOODY HAYES. George McPhee went on to GM the Caps for another 15 years or so. In hockey, decking an opposing coach barely gets into your permanent file.