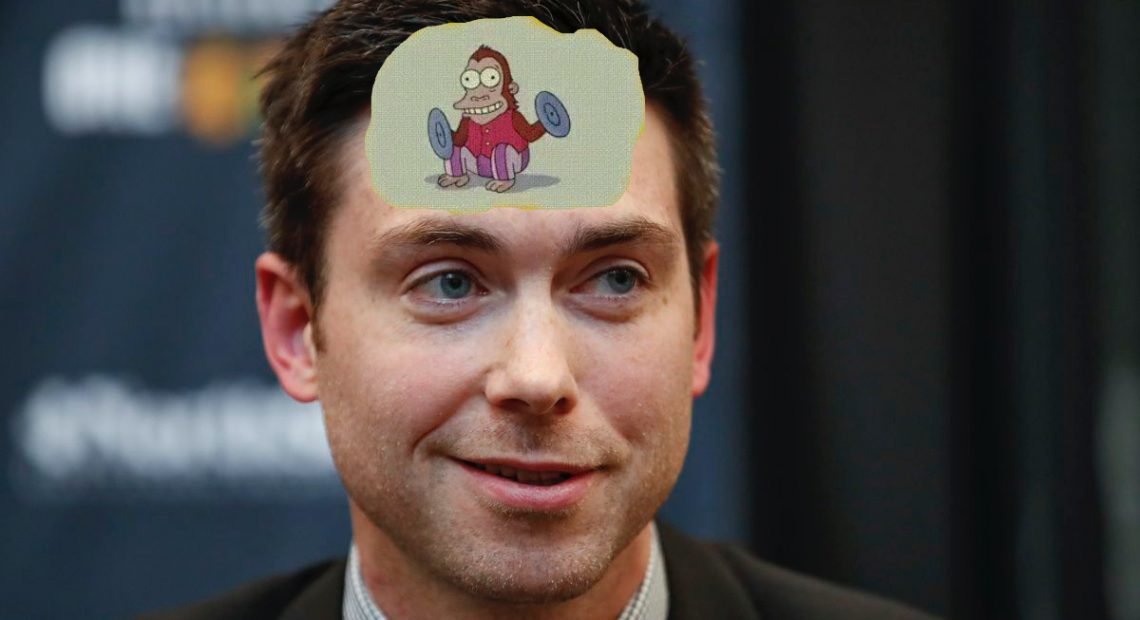 Nah, fuck that. I’m pretty mad too. With the Hawks early playoff points cushion all but erased by the butthole puckeringly difficult month of March, what was once just another series on the calendar suddenly took on a whole new level of importance to the team’s playoff future. During the coaching tenure of Jeremy Colliton, any time there came a game that took on an extra level of importance the Hawks routinely biffed the landing, typically not only losing that game but the next few following it. Would this series against the Preds be any different?

The Hawks, despite the triumphant early return of Kirby Dach (fresh off his broken wrist back in December at the World Juniors) managed to shit all over themselves this series with backbreaking turnovers and some fluky goals by the Preds. The Hawks complete inability to solve the heavy pressure of the Preds forecheck led directly to 4 of the 6 goals surrendered by the Hawks.  Instead of making adjustments as McClure mentioned on Sunday night, the Hawks just continued to try the same shitty breakout of their own end with absolutely predictable results. If it were not for Alex DeBrincat deciding “Fuck it, I’ll do it myself,” the Hawks very easily could have scored a single goal in both games.

Nashville now sits tied with the Hawks for the last playoff spot in the division, with the Jackets nipping at their heels 3 points out. While the Hawks still have 5 more games against the Preds to undo this mess, I don’t hold out a whole lot of hope that happening after watching just how easily Nashville dismantled them in the 4 meetings thus far.

-If the Hawks ultimate goal for Calvin deHaan is to have him playing well enough that the Seattle Kraken decide to snag him in the expansion draft, Stan Bowman needs to find every video copy of this series and destroy it. He had an absolutely miserable time, directly contributing to 3 of the Preds goals and assisting on another one. Granted not all of this is entirely his fault, as the defensive “system” the Hawks play can’t entirely be quantified by any known metric, but he certainly didn’t do himself any favors. On the first Preds goal Saturday night (video here), deHaan has decided to go on walkabout, inexplicably choosingto go pressure Eeli Tolvanen along the half boards, leaving Adam Boqvist to pick his poison between Viktor Arvidsson and Ryan Johansen. He choose poorly, and Johansen had a clean shot at the top shelf. On the third goal (video here), deHaan intercepts a pass and instead of playing it up the boards, he tries to fire a pass up the middle that’s immediately tipped then picked off. One pass to Granlund later it’s 3-1 Preds and the game is over.

-David Kampf didn’t cover himself in glory either (video here). He did the same thing deHaan did on the 2nd Preds goal, snagging an errant pass and without a single Nashville forechecker within 5 feet of him, he tries a home run pass up the middle that’s picked off by Rocco Grimaldi and ripped top shelf on Kevin Lankinen. All of these turnovers born of the fact that the Hawks had no plan or answer for the forecheck of Nashville. Panicky plays like this are made when there’s no structure for a zone exit and the defenders have less and less time each play.

-If the lack of adjustments weren’t damning enough, Colliton proved just what a Brain Genius he was by not calling a timeout with :46 seconds left in the 2nd game and the team with the goalie pulled and a draw in the Preds zone. No, he saved that timeout until there was .7 seconds left in the game so he could draw up his grand plan to win the draw and fire in the game tying goal in less time than it takes for a hummingbird to fart. BRILLANT.

-Malcom Subban had a pretty solid game, as only one of the three Nashville goals went in off the blade of a stick. The first was a bank shot off of (who else) Calvin deHaan’s skate after the Hawks D was pressured by the Preds forecheck (seeing a pattern here?) after a misplayed puck by Subban and then promptly losing a board battle. The 2nd was kicked in by the skate of (YOU’LL NEVER GUESS) deHaan after a shot from the dot by Jarnkrok snuck through about 3 people and in. He definitely played well enough to win, but so it goes.

-Kevin Lankinen, while not the victim of the bad luck of Subban, was the victim of his own defense. He really didn’t have a prayer on any of the 3 Nashville goals, as two of them were absolute snipes top shelf, and the other was a tap in after more terrible D in front of him. He actually kept the Hawks in the game a lot longer than he should have, making some excellent saves on some in close chances from the Preds after (DRUM ROLL) turnovers behind him due to forecheck pressure.

-Kirby Dach seems pretty healthy as within 5 minutes of his return he danced through 2 Nashville defenders for a pretty sweet chance that he was unable to put home. He also made a backbreaking turnover that lead directly to a Preds goal, so take all this with a grain of salt. He’ll get better once the rust shakes off.

-Alex DeBrincat was unstoppable in game 2, putting the whole offense on his back and tying the game single handedly with a Herculean effort. The 2nd goal was particularly awesome, as he lowered his shoulder from the blue line in and muscled past Fabbro like he was made of crepe paper, then deked Pekka Rinne down and out to tie the game at two. Top Cat really is a pleasure to watch, and he’s put the struggles of last year deep in the rearview mirror.

-Nashville has now won 7 of their last 8 games to come roaring back into the playoff race after being left for dead at the end of the first week of March. While none of us believe that this is entirely sustainable, it’s nevertheless an issue for the Hawks as they’re being pressured from pretty much everyone but the Red Wings now.

-March ends for the Hawks this week with two more games Our Sweet Boy Teuvo and the Canes, before another game against the Preds. Things aren’t gonna get any easier, and when you’re fighting not only the other team but your own system as well, it can feel like you’re trying to skate uphill. Every game now takes on added pressure, and the Hawks under Colliton have routinely puked all over themselves in games like those. If they’re gonna flip the script, taking two out of the next 3 is almost a must do.