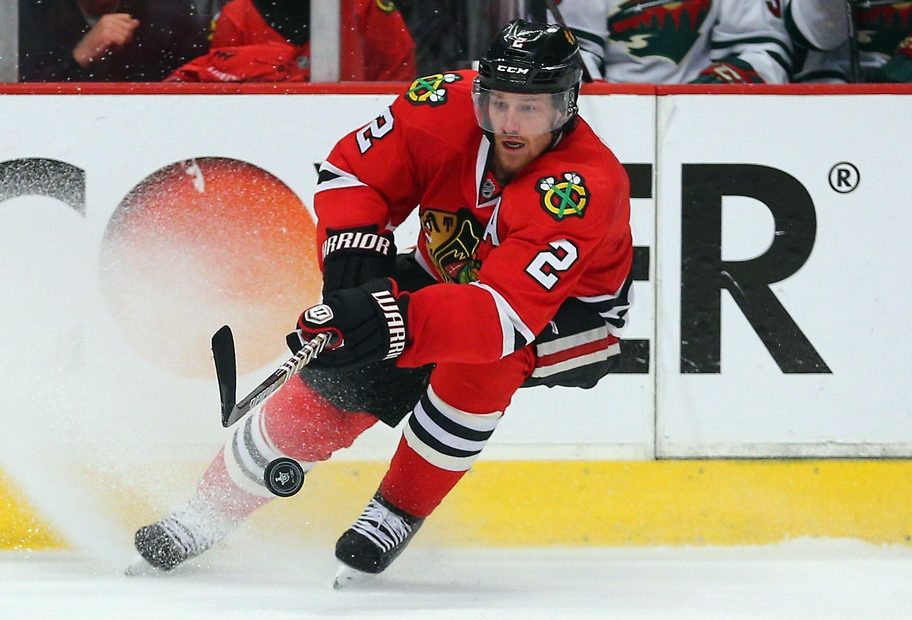 This series and playoff year as a whole are also unique to the Quenneville regime, as this series will only be the second the Hawks will have played against a Vezina finalist for that season, the first being wrapped up eight days ago against Pekka Rinne and the Predators. Further complicating matters is that should the Hawks emerge from the West after seven (ed: now six) more wins, what in all likelihood awaits them will either be the third Vezina finalist in Carey Price and the Habs, or the goaltender of a generation in Henrik Lundqvist and the Rangers.  Even on top of that, the Hawks have never faced a reigning winner from the season prior in their 18 playoff series under Quenneville. This naturally comes in the year the Hawks as a team had their lowest shooting percentage by a wide, wide margin in this stretch. But for everything that is seemingly stacked against the Hawks this go around, there is actually little reason to doubt their chances in this round, or any one past it should they earn three (ed: now two) more victories against Minnesota.

First, with regard to shooting percentage, as the Los Angeles Kings have shown (sadly) two of the previous three seasons, a team with actual talent and one that puts the puck on the net consistently can only be kept under wraps for so long. And the Hawks certainly have history and scouting reports on their side. This vaunted “core” of this team has not changed, and it could only be argued that two members of it in Marian Hossa and Patrick Sharp have aged out of their primes during their tenures here.  But as for the franchise fixtures in 19 and 88, their biggest production years are just now beginning, and as the Kings have shown, on a long enough timeline things will eventually start to even out as long as the pucks are still getting directed towards the net. And even after Friday night’s game, the Hawks are still the top remaining possession team left in the tournament, controlling 53.6% of attempts at five-on-five.

On the flip side of that coin, prior to Devan Dubnyk, of the seventeen series the Hawks have played, only four posted series save percentages of above .930. Obviously the one that is spoken of in hushed tones is the 2012 Debacle In The Desert against Mike Smith, with an insane .950 save percentage for the six games of that series. The other one that the Hawks lost was the Western Conference Final of 2009 where Chris Osgood posted a .936 save percentage, but also had the benefit of the team in front of him controlling 55% of the shot attempts at even strength, and again, it was the Hawks first foray into the post season with this group. It is no coincidence that that combination of attempts and save percentage resulted in the Hawks quickest ouster during the last seven postseasons at a mere five games. But even when goalies have stood on their heads the Hawks have found ways, specifically in the 2013 playoffs where both Jimmy Howard and Tuukka Rask saved over 93% of the shots that they faced, and the still ended up losing. That was because in both of those series the Hawks handily controlled the possession battle. Which is exactly why the Hawks lost to the Canucks in 2011 and the Kings in 2013, because despite getting shit goaltending, each of those teams was able to take well over half of the shot attempts during the course of those series. And even then it took overtimes in game sevens to finally eliminate the Hawks in each of those cases.

And those are the two magic numbers that need to be considered when sizing up the Hawks’ chances, even against decorated goaltenders- either a .930 save percentage or a 55% share of shot attempts. And while not disrespecting the Minnesota Wild in the least, their recent track record would suggest that it’s just not in the cards for them this go around either, even with a third swing at things. While Devan Dubnyk has been awesome for the Wild since his arrival, and his story or perseverance is to be admired, since he has been there, the Wild have relied more and more upon him to bail them out from a shot attempt perspective.  And while one game does not a series make, the Wild posted a 44% share of shot attempts while Devan Dubnyk stopped only 89% of the 35 shots he faced. If the Wild are to pull this out, they are going to need to change something drastically and fast.

But this is just a track record the Hawks seem to have. They have made goalies with far greater pedigree than Devan Dubnyk look silly. They have sent the aforementioned Tuukka Rask and Jimmy Howard home despite exemplary performances. Pekka Rinne has a combined .909 save percentage in 12 playoff games against the Hawks with two series losses. Ryan Miller, Miikka Kiprusoff, and Evgeni Nabokov have both backstopped Olympic National teams and Miller and Kiprusoff have Vezina trophies on their resumes, and all have been made to look foolish. And even in eventual series victory (after at least one try, keep in mind), both Jonathan Quick and Roberto Luongo were flat out exposed at the hands of the Hawks.

This is not to get out over skis after only one game played in a series, as things can turn on a dime with injuries or other discrete events that end up defining the Stanley Cup playoffs. This is merely done to provide context for those who are rattled at the idea that it might finally be Minnesota’s year, and that the Hawks are susceptible after a statistically aberrant regular season and some goalie hiccups in the first round.  But even if those things are more than just blips on the radar, it needs to be known that it takes a truly special performance to send this group home. And more times than not, this team has been up for that level of challenge.