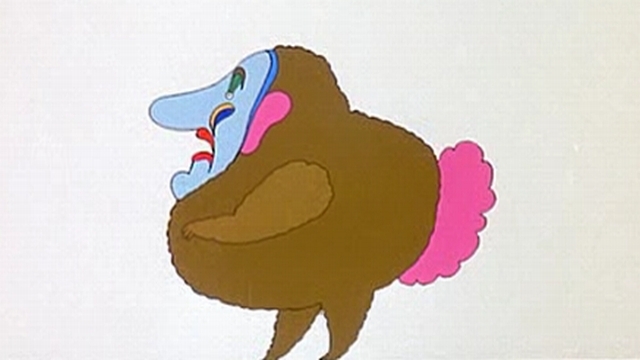 If the Canucks had a true plan, you’d look at Elias Pettersson, Brock Boeser, Quintin Hughes, and Bo Horvat and think, “Hey, that’s probably the start of something, with a long way to go.” But these are the Canucks, who have surrounded those young stars (stretching in Horvat’s case) with a litany of incomprehensible contracts and decisions, all in the name of not rebuilding. Which means the rebuilding that they’ll be doing anyway is going to take longer. It feels like an entire organization spinning one wheel and wondering why it’s not going anywhere. Let’s get to the heart of it.

Goalies: We’ve heard about Thatcher Demko for roughly 17 years now, and it might finally be the time for him to take the Vancouver net so he can be treated to having garbage thrown at him and his every move, thought, and essence debated nonstop in the Vancouver media which has all the subtlety of a hungry and deranged jackal (and about the same IQ). At least he can hold that off until the Canucks play games that matter again, which could be a while. Demko looked all right in a brief cameo of nine games last year, but missed most of the campaign in the AHL with injury, which is kind of his thing.

He’ll have to work hard to unseat Jacob Markstrom, who had a huge second half to the season last year. Well, he had a big February, and ended up with a .912 SV% overall, which was a tick above league average. Markstrom is 29 and headed into unrestricted free agency, so you can expect that or better. But you can also expect that the Canucks desperately want Demko to prove he can take the job on from here out so they don’t have to cut another moronic check to Markstrom, which they probably will anyway given their nature.

Defense: It starts with Quinn Hughes, who will get his first full season in the NHL. He got a brief sniff last year after Michigan had one of their worst seasons in recent memory, which begs the question how could they be that bad if Hughes was so good? Let’s save that one for another time. Hughes promises to be the quick, suave puck-handling d-man the Canucks have never really had, aside from when Alex Edler’s elbows were down, he was healthy, and younger. So never. Edler and his elbows are still here, by god.

But as it is with the Canucks, wherever there is a promising youth there is also a wildly overcompensated, wildly overrated veteran taking too much of the oxygen. BY GAWD, THAT’S TYLER MYERS’S MUSIC! Myers to Van City seemed a fait accompli for years, and it did indeed happen. Apparently the Canucks simply never noticed that Myers sucks to high heaven, as he’s not that offensively skilled and doesn’t play anywhere near to his size and his own zone is the Bermuda Triangle to him. All they noticed was that he was from there.

If you moved Myers out of the way, you certainly could get solid enough play from Troy Stetcher and Chris Tanev (before yet something else falls off of him) to shield Hughes. Jordie Benn was brought in to do more of that, but mostly to glare at people while they’re getting behind him to score. Tanev should be a deadline piece to be sold off, but we keep saying that and it never seems to happen. Anyway, the blue and green clad throng will certainly be in love with Myers as he charges out of position for the 164th time in December to let in yet another forward down on an odd-man. God it’s so beautiful.

Outside shot of Olli Joulevi to somehow scratch out a role. He could have if Myers and Benn weren’t here, but again, these are the Canucks. Logic and reason were beheaded in the town square long ago.

Forwards: You certainly have a great top line for a while with Boeser and Pettersson to anchor it. JT Miller is the kind of player you get when you’re a piece or two away from really competing, not barely scratching to get in a playoff discussion Fine work here. Horvat is a good second center to have when you already have Pettersson. That’s all fine.

But it’s balanced out by still having Loui Eriksson and his confused gape wandering around the ice in some indiscernible pattern. Or Antoinne Roussel doing just about the same, just yappy-ier and stinky-er (because he’s French, y’see). Or at least until the Hawks trade for him because they like that element, and don’t deny that it’s going to happen. Brandon Sutter makes $4M a year. I can’t stress this enough. Michael Ferland will find a home on either of the top two lines and get a fair share of goals, and you won’t remember any of them. After that it’s a big bag of suck and anonymous punters with stupid numbers. It’s actually a good thing that Podzolkin can’t come over for another two years, because the sight of him having to share the ice or lose time to the likes of Jay Beagle would probably send the seven remaining Nucks fans who still care throwing themselves of the Rogers Arena upper deck.

Prediction: Since the Hawks-Canucks rivalry died, it’s been hard to think of the Canucks at all. And it’ll stay that way. Their games are late, they don’t matter, and no one there seems to think they’ll do anything worth mentioning. There’s certainly some young talent to keep an eye on, but you know it’s pretty plain when even those fans don’t have the energy to bitch about conspiracies against them. The Canucks won’t matter until they clear out the dead wood around their promising kids, and even then there’s no guarantee they won’t just shuffle in even deader wood with bigger contracts because they can’t help themselves. Stuck in second gear, miles behind the Flames, Sharks, Knights, and probably tussling with the Yotes to see who can finish outside the playoffs by the least.