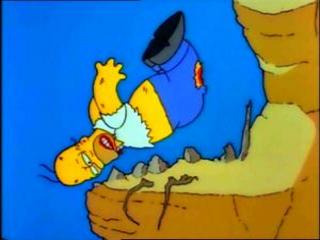 Um, yeah, so this game was a thing that happened.

–This was never really going to be a game, and indeed it wasn’t. With the Hawks in Europe right now the Rockford Ice Hogs took the ice against the Bruins this afternoon. And it wasn’t a bunch of AHL’ers for Boston—by and large it was the Bruins actual lineup. So essentially we learned that our minor league team is not as good as last season’s Stanley Cup finalists. You’re shocked, right?

–That said, it was still an utter beat down by Boston. Obviously the score tells you that. The fact that there were two hat tricks tells you that (DeBrusk and Pastrnak). The Bruins dominated possession to the tune of 80 CF% in the first, 62 CF% in the second and a measly 48 CF% in the third but by then no one cared and it really didn’t matter. The Bruins just took the puck from the “Hawks” at will. Boston pushed them off the puck in open ice, at either blue line, on the boards, wherever and whenever they wanted it. The Hawks passing was pretty dismal too, which didn’t help, so when Boston wasn’t manhandling them, they were able to intercept bad passes and get possession that way.

–I want to be Adam Boqvist’s #1 fan, but he was practically invisible today. He can get the puck out of his own zone, that much I know. But he got dispossessed or turned it over once he got anywhere near the offensive blue line. This isn’t to say he sucks or even that he’s overrated, but it shows there’s a huge difference between how he looked playing against children earlier in the preseason versus how he looks playing against top-flight teams.

–Philipp Kurashev had a nice goal. The Bruins were clearly not giving a shit by the time they got to the mid-way point of the second, and Kurashev jumped on a puck that dribbled away from the D-men as they were entering the Hawks’ zone. He took it all the way down and had a nice shot bank off Tuukka Rask. So there was that.

–Brad Marchand is still a piece of shit, in case you were wondering. He basically laid on top of Matthew Highmore in the third period and pinned him like a bully doing the “stop hitting yourself” routine. Fuck this guy.

–Oh, and Kris Versteeg still sucks. So we’ll definitely be seeing him with the top club shortly.