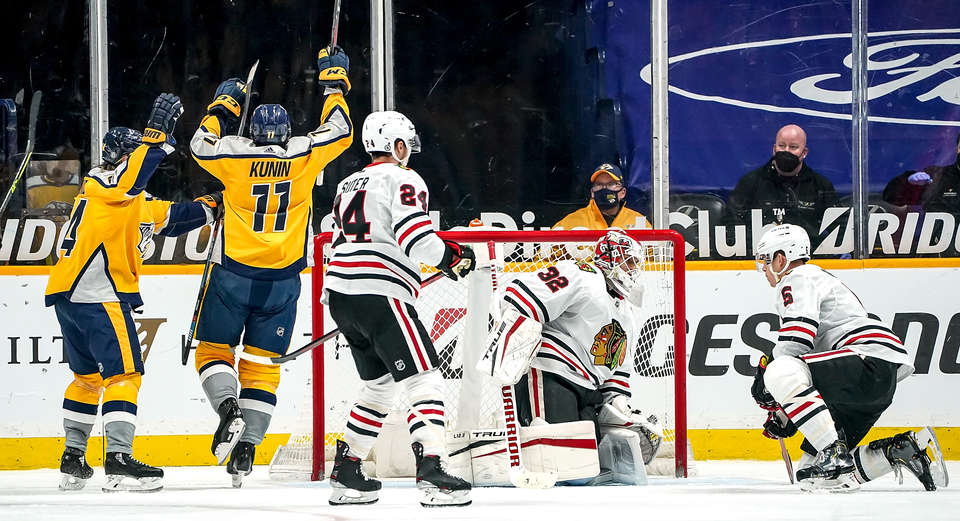 At a certain point it becomes impressive, just a marvel of consistency that the Hawks under Coach Cool Youth Pastor manage to seem to always find ways to lose games against divisional opponents at crucial times during the season. Our former proprietor and fearless leader did some homework for this past week’s podcast, and now including the three most recent games to the Predators, the Hawks are an astounding 1-11-3 in “four point games” – games against teams they’re either directly above or below in the divisional standings late in the season. And this time, after getting absolutely pasted in possession by the Panthers, they somehow managed to put up 41 shots in Nashville against a relatively solid territorial team in the Preds, and managed to get shut out by Juuse Saros. It goes back to the familiar refrain heard here months ago when the masses thought this team was building/growing something beating absolutely putrid teams in overtime and staying in the hunt, that this team only has one way to beat you – and that’s have either goalie stand on his head and get power play production from one of the two-ish forwards that can score. When that doesn’t happen, it looks like it’s looked recently.