Well Pilgrim, Not Until You Eat The Peanuts Outta My… -FFUD’s Player Reviews: Jan Rutta, better known as Who? 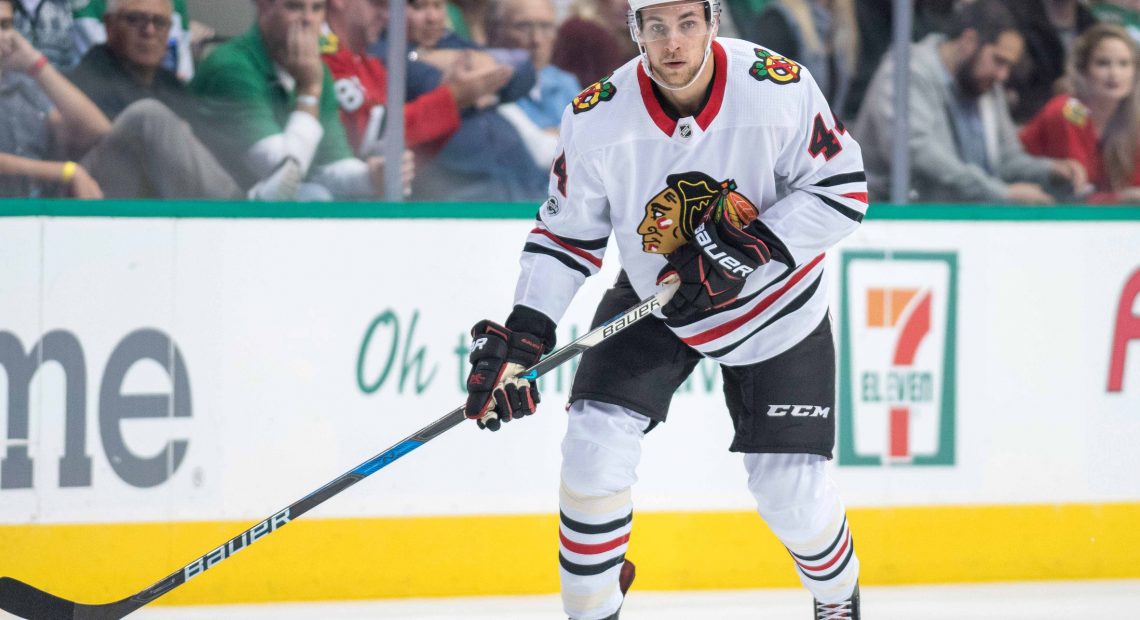 Mats Halin has now been the Blackhawks’ director of European scouting for five years, and in that time he has been able to pull a few decent players out of that continent and into the Hawks system. Identifying Artemi Panarin and surely playing a role in getting him to sign here was no doubt his shining moment definitely bought him a lot of leeway. Jan Rutta’s first NHL season should have eaten up a bit of a that leeway. Rutta wasn’t outright terrible, but he was bad, and deserved more ire for just how bad he was. Lets dig in a bit.

On the face of it, those numbers are not awful, but on the worst Hawks team of the last decade, Rutta stuck out to me as the worst defenseman that saw regular minutes on this squad. He had the second-worst CF% among the team’s blue liners, with the only one behind him being Gustav Forsling – and we aren’t gonna get started on that yet, but it’s coming tomorrow. He was third-worst in xGF%, just above Keith and Forsling. The points look okay, but aren’t overly impressive, and the underlying stats are obviously bad enough to show that this is a player who is arguably not even good enough to crack the NHL roster.

Looking at his pairings, he spent more time with the aforementioned Forsling than anyone, and the two of them were pretty much abysmal together, with a 48.22 CF%. The blame for that probably lies more on the coach who saddled them together consistently than either of the players, because their individual play styles are not compatible. Rutta is not mobile, not a good puck mover, and isn’t a great reader of the play on either side of the ice, while Forsling is nearly the opposite though only reads the play well on offense. Rutta isn’t awful in his own zone, but he is not nearly good enough to make up for Forslings shortcomings in that area. He also is not fast enough to clean up the messes that might’ve been left when Forsling started to freewheel on offense, and that became evident quickly. This was a hair-brained pairing from the start, but that still doesn’t completely absolve Rutta from being terrible.

He also spent a decent amount of time (120+ minutes total) with Jordan Oesterle, and oh look they were terrible together too. That was mostly because both of them are terrible individually, and putting two terrible defensemen together to form a terrible pairing results in a 42.03 CF%. I’d like to never think about them together.

Now, to his credit, Rutta did at times prove to be a decent partner for Duncan Keith, with those two providing a fine-but-not-spectacular 52 CF% in 140+ minutes together. Sam and others here have talked plenty about Keith needing to recalibrate his play style and approach to the game, and there is a case to be made that Rutta’s style of play makes him a match for Keith because his lack of mobility results in some quasi-stability. However, Duncan Keith is still good enough to man a top pairing, and Rutta is the last defenseman you want to play on a top pairing. Also, that stability from Rutta might help a little bit, but as Sam said the other day, you prefer a mobile partner for Keith at this point to cover for him. So while the results weren’t awful, this isn’t an idea even worthy of pinning to the board in case you need to return to it. Toss in the trash, Joel.

Outlook: Overall, Rutta’s season was not good, and he is arguably not worthy of any NHL minutes next year. Luckily, he probably lines up as the odd man out when you consider you’re ideally gonna have Keith, Seabrook, Forsling, Gustafsson, Oesterle, someone who isn’t here now, and maybe even Jokiharju lined up as defensemen who are better than him and will be competing for minutes. There is the major red flag though, that being the contract extension he was handed near the end of the season, that might earn him some undue preferential treatment. That was an extremely confusing move from StanBo, and the cap hit is particularly worrisome. But, it’s not an albatross, and might even be a toss-in contract for when Stan dials up John Chayka and brings OEL to Chicago. Thanks.