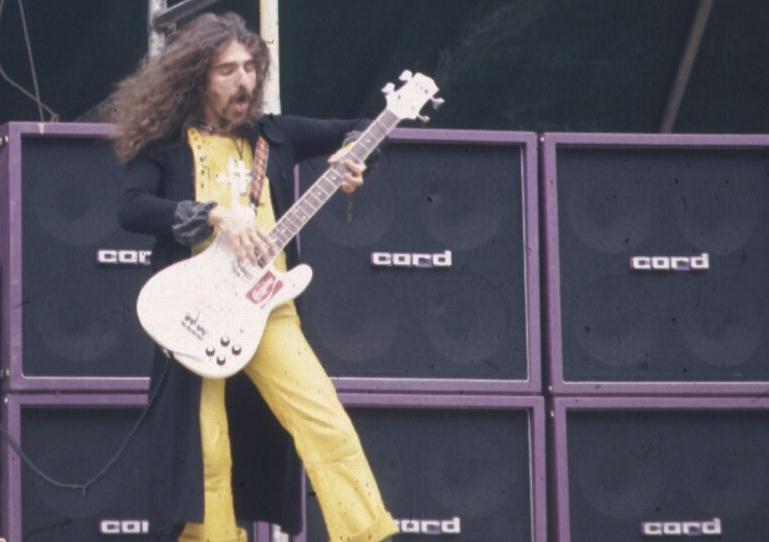 I got nothing today. There’s a picture of Geezer Butler because why not? I guess I’m just going to go through whatever strands I’m trying to keep straight in Ol’ Duder’s head.

-Obviously, the frustration level right now for everyone is past boiling point. It’s probably volcanic. It hurts even more when the sides aren’t even talking. How can anyone have no urgency? The only thing left to create that urgency is losing the season, and that’s probably three to four weeks away from being a threat. And by that point, will anyone care?

Bettman and the owners’ inflexibility, lies, tactics, and smugness makes you choke on the air. I can imagine that any player would be absolutely sickened at the thought of bending on anything to them. If I were a player, I bet I’d probably be as militant as they are.

But with that kind of emotion, your logical side gets blinded. And what’s behind the curtain here is that almost half of the members of the union don’t have contracts past next season. And at some point, the union has to ask itself how much of those future contracts that haven’t even been signed do they want to limit with what they’re trying to save now.

No one’s getting what they signed for this year, that’s obvious. And the union asking for a raise of any kind next year, well, that’s simply farcical because it’s hard to see how revenues would grow after this year. It sucks, it’s not fair, but that’s just how this one went. Maybe the PA thinks the Canadian TV deal will juice those revenues, but that seems to be at least a deep post-pattern if not a hail mary.

So the longer they hold out here, not only do they harm themselves but future deals. The more they save now is going to be less their brethren can sign for down the road. The quicker they can get back to work and start healing the damage and growing the game again, the quicker more money opens up when they’re going to sign a new contract.

They’d be better off pivoting, accepting the 50-50 split and trying to get some NBA-like exceptions. The Larry Bird exception, the mid-level exception, the trade-exception. That will open up more money for those who need to sign deals down the road, as well as help keep players with teams and cities they’ve built a relationship with.

Maybe it’s too creative. Maybe the owners would still shake their heads and smirk. But creativity is obviously what’s needed now. No one wants to give these thumb-dicks what they want. But at this point, it already sounds like the players know they lose this one here. They’re only worried about the margin now. Even in the long run, that margin probably isn’t going to matter.

-The main discussion in town has been Jay Cutler’s concussion, and concussions overall. I’ve spent a lot of time mocking the Hawks’ and other NHL teams’ handling of concussions. But they still seem miles ahead of the NFL.

At least it does when you compare the handling of their biggest names with that ailment. Crosby missed basically a calendar year. Toews missed six weeks. Horton several months. Bergeron a year. Booth the same. Marc Savard won’t be seen again. Neither will Pronger.

And yet, here we are not sure that both Jay Cutler and Alex Smith won’t play a week later after suffering theirs. Sure, it looks unlikely, but I’d be shocked if both aren’t out there the next week. Aaron Rodgers had one two years back, and only missed the rest of the game that he suffered it in. I could go on.

Of course there’s the urgency of only having 16 games vs. 82. There’s a whole week of time to heal instead of a couple days. I get it. But I have a hard time believing that hockey concussions are that much worse than football’s. Sure, hockey players are traveling at much higher speeds, but there isn’t the constant physical abuse as in football, and hockey players aren’t as big as football players for the most part.

Still a long way to go, but at least we know what they’re ahead of.