Watch Winnipeg, Even Though It Hurts 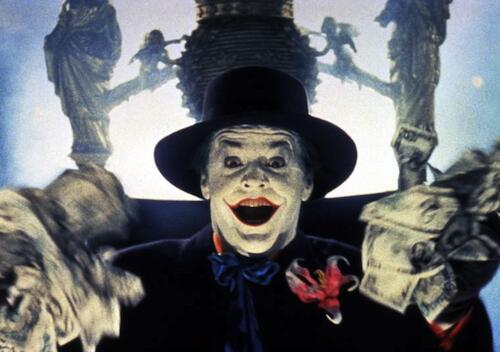 As you can tell with the swing of our content over the past couple weeks, it’s hockey dead season. Training camps are still weeks away, even the prospects tournaments aren’t all that close, and everything off the ice has come to a standstill (except for Bill Guerin’s face slowly melting off his skull, apparently).

Still, there’s some intrigue, and even for Hawks fans. Except that nothing will move before camp starts likely, and maybe right on the eve of the season. And that’s in Winnipeg, and to a lesser extent Denver.

The Jets currently have Kyle Connor and Patrik Laine unsigned as restricted free agents. And though both would seem to be as important to the Jets, the atmosphere around those negotiations (if they’re even taking place) are very differently. Connor seems to want to be locked down for a good long time at a high salary, whereas the Jets and Laine seem to view things differently. Laine is coming off what was a disappointing seasons, though his disappointing season would look great to about 75% of the players in the league.

The funny thing is that even with Laine’s apparent downturn and Connor establishing himself as a top line player (at least for the Jets), their numbers the last two seasons are remarkably similar. Connor has gone 65G-58A-123P the past two seasons, and Laine is at 74G-46A-120P. And Laine has another 36-goal campaign in front of that. It’s funny how differently their contract talks are viewed by both player and team and media, when overall they’ve been the same player. It’s humorous that Connor could end up with $8M or more, while the Jets would love to lock in Laine at $6M or thereabouts and only for a couple years if possible.

Now, if the Jets are looking at such things, and I would heavily doubt they are but if it saves them money I won’t rule it out, Laine’s metrics are much worse than Connor’s last year. Whatever role that plays in talks, I leave to you.

It’s pertinent to the Hawks because Alex DeBrincat is going to find himself in this position a year from now. Top Cat’s numbers are 69G-59A-128P, which looks an awful lot like Connor’s and Laine’s, don’t they? Unless he has an injury or completely falls in the tank or some other indignity befalls him (Weather Girl-itis, let’s call it), it’s pretty easy to picture DeBrincat meeting or exceeding Laine’s three-year total. Which, because it won’t come after a disappointing and somewhat mysterious season, probably nets him more money than Laine is going to get from the Jets.

Mikko Rantanen‘s stalled talks in Denver add to this as well, though he’s got better numbers than Top Cat is probably going to be able to reach. Basically it feels like Rantanen’s number and Laine’s number will give the Hawks and DeBrincat a good bracket to find an answer within. If DeBrincat were to manage an 80-point season he’ll get up around where Rantanen is now points-wise, and should easily pass his 80 goals in three seasons (Top Cat has 69 and fuck you). So a Rantanen number might be closer to what the Hawks have to shell out than a Laine one.

As of now, the Hawks will have $20-$22 million to play with, and we know that they almost never shortchange one of their guys. Other than like Marcus Kruger, who was happy to be that for them. So it would seem $9M or so for DeBrincat is on the way, though maybe they can get him in at around $8. Still, the Hawks will have to sign at least one goalie, and hopefully Dylan Strome proves worth an investment, and that’s basically all the space the Hawks will have.