Strome If You Want To, Strome Around The World 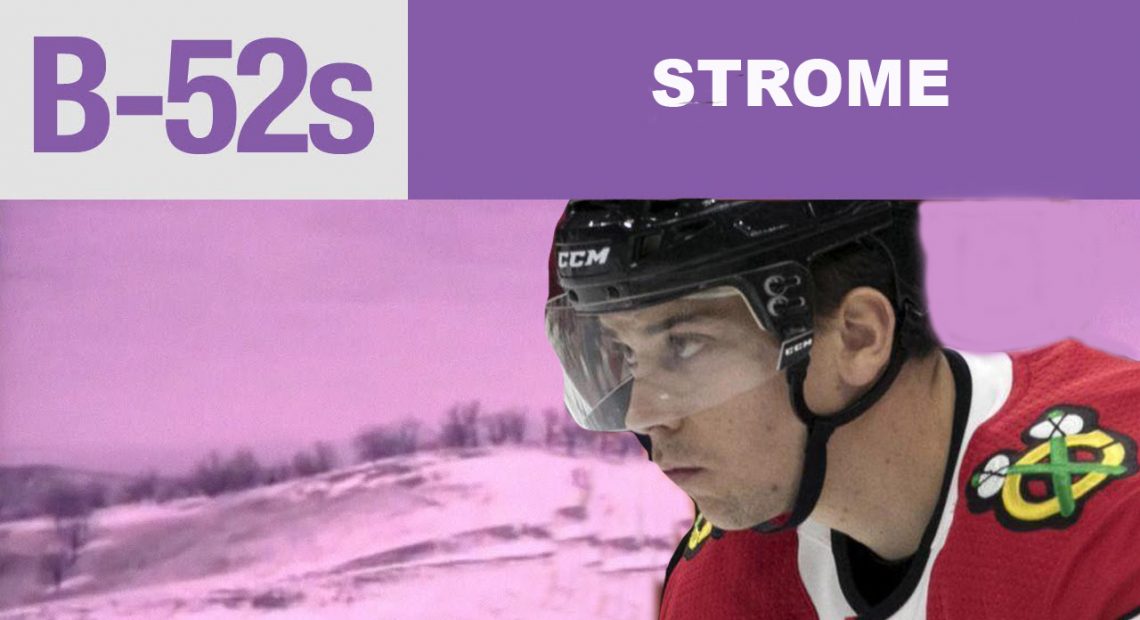 As we’ve remarked often during these three weeks, perhaps too much, this six-game winning streak and playoff “push” are fun, entertaining, but they are empty calories. Nothing much about the Hawks structure has changed, at least at even-strength, and giving up 40+ shots to the equally confused and inert Canucks is further proof of that.

However this season ends, what we should watch for is what will be important in the seasons to come, and the immediate ones. We don’t know how long-term the Hawks “plan” is, and we can only hope it’s only about the next two seasons, maybe three. At some point you’re just not going to get this from Patrick Kane and Jonathan Toews due to mileage, and as of now there isn’t anyone to take those prominent roles (with a possible caveat for Alex DeBrincat, but he’s still a rhythm guitarist right now, though a really good one). You’re already not getting it from Duncan Keith and Brent Seabrook, and as we’ve labored over and over to express, no one has stepped into those skates yet either.

Thus, it’s pretty critical to see if there are players stepping up into crucial support roles for the next couple of seasons. And perhaps no more important than Dylan Strome.

#2 center has essentially been a black hole for the Hawks ever since Patrick Sharp decided he was too pretty to play there somewhere around 2012 or 2013. They’ve gotten away with it at times, had a brief respite when Brad Richards was here for a year, and then fooled everyone into thinking they had it solved when Artem Anisimov was watching Kane and Artemi Panarin perform “Spider-Man: The Musical” every night along with all of us. The Hawks tried to convince themselves, us, and probably even Nick Schmaltz himself that he was the long-term answer, and then Schmaltz honestly played himself out of being the answer.

So the Hawks turned to Strome, and you have to say the results are encouraging so far. How encouraging? Let’s deep dive:

As a Hawk, Strome has put up 27 points in 31 games, which is just about as solid production as anyone would want out of a second-line center. The fear at the top would be that he’s only piling up power play points, but he’s got eight points on the man-advantage, leaving 21 in 31 for evens. His 2.26 points per 60 minutes of even-strength ranks him among centers solidly around names like Eric Staal, Pierre-Luc Dubois, Sebastien Aho, and Mathew Barzal and his missing “T.” These are names you definitely would want as a second center.

Metrically, Strome’s numbers are pretty ugly, which is the worrying part. As a Hawk, Strome’s CF% is 44.7%, his scoring-chance percentage is a barf-tastic 26.8%, and the high-danger chances at 36.7%. Overall, his xGF% is 43%. Strome has benefitted from the Hawks shooting 13% when he’s on the ice. Now, to be fair, Strome has exclusively played with either Kane or DeBrincat, and when those two are on the ice chances are the team will shoot at a higher rate than normal. That’s why they do what they do. So you can kind of assign that to always being the case. Strangely, Strome’s metrics go up when he’s away from Kane, though they aren’t great with just DeBrincat either.

If you want to be encouraged, over the last 10 games Strome’s CF% is 47.0%, which is just about the team-rate. You’d love him to be better than the team rate, but we’d also like the team-rate to be better and while he’s still finding his way in the NHL you’ll settle for him not bringing anyone down. For now.

As we said when he was acquired, Strome barely had a half-season of experience at the NHL-level, so he’s essentially finishing a rookie season right now (79 games). If you were to cut it there, a 17-26-43 rookie season would hardly be categorized as a failure. And you see passes like last night and you can see greater things in the future, though obviously one of them came at 5-on-3 and yeah, you should be able to pick out great passes with that much space. Still, the second one though…

There are clear deficiencies in Strome’s game. He’s not quick, and he’s still getting buried defensively at times. While Strome can work hard to at least smooth out the former, the latter is going to be something else. And because he’ll never be fleet of foot, his learning curve and instincts are going to take longer to develop because he’s going to have to steal the first step in his head. You can see how it would work with assists like last night. He’s also a big body and could lean on more guys than he does, but we’ll chalk that up to learning the ropes still. That will help him in the defensive end, where he can cut guys off on the boards or get into them to prevent having to footrace them wherever.

Much like the team, the results Strome is getting are encouraging but the process underneath it makes you tug your collar a bit. Giving Top Cat and Strome a diligent worker like Kahun has been a real benefit to them, and that’s probably something that will have to continue to happen (though it’s at this point I wish Saad were more comfortable on the right side because you really wonder what they could accomplish with Kahun’s/Saad’s work-rate and Saad’s greater offensive instincts). Let’s hope Coach Cool Youth Pastor doesn’t get line-juggle-y again, and with a winning-streak there’s no reason he would. If these three put another good 10 games together, we’ll feel even better.

Overall, there’s more to be happy about with Strome than not. And he looks like he can be a real piece in the seasons to come, which is really where the Hawks focus needs to be.

Tags: Chicago Blackhawks Dylan Strome what have we here