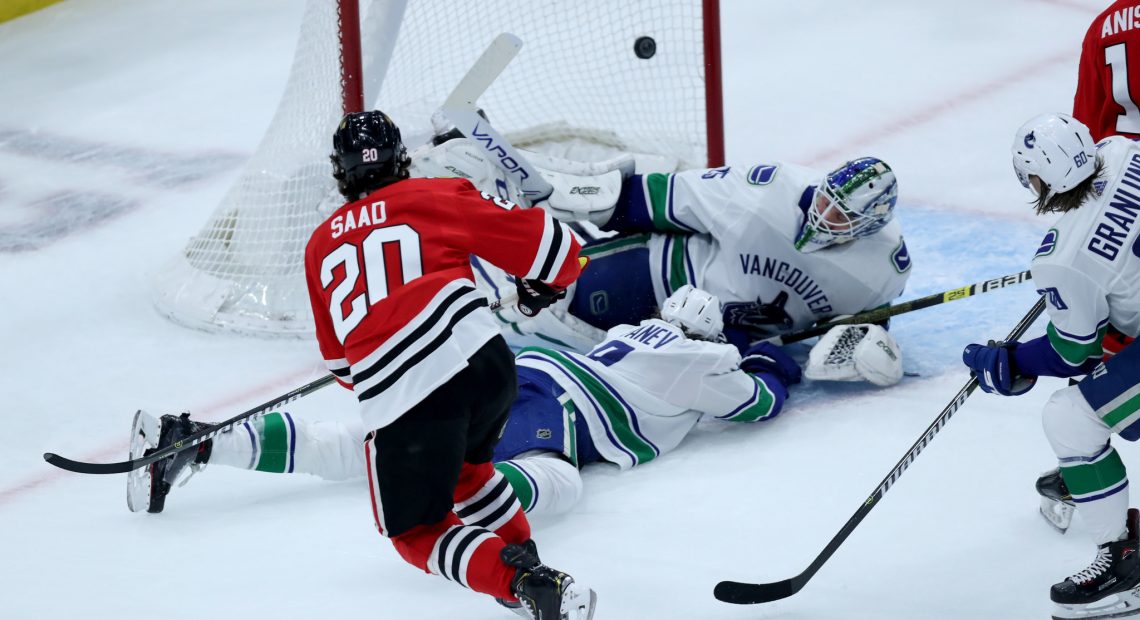 I don’t even know what’s up with this team right now. They were playing very interesting games while looking very bad earlier this year. Then immediately before and after the All-Star Break/Bye Week they were winning games that were absolutely brutally boring. And then tonight they play like shit in a relatively entertaining game and pull out a tie/OT win. What’s going on? Let’s bullet this to process:

– First and foremost, if there is any one specific thing you can point to in order to say Colliton has had a huge impact this year, it’s the power play, which is near dominant right now. They cashed in on both halves of a 5-on-3 in the first period tonight to get themselves off to a nice start, and while they weren’t playing well at evens in that period (nor did they ever in this none but we’ll get there), we know you can PP your way to a win and even do it several times, and that’s basically what they ended up doing here. With the amount of offensive talent they have had around here for years, it never made sense that the PP stunk so much for so long with Q, and this quantum leap in effectiveness is a major feather in CCYP’s hat.

– So, the Hawks had a 39.8 CF% at 5v5 tonight and lost the goal battle there 2-1, as well. And it really felt like they were being outplayed the whole time, regardless of what noted meatfuck Adam Burish said in the immediate post-game. The actual SOG count wasn’t exactly pretty either, as Vancouver outshot them 43-35. And again, you can PP yourself to a win, but getting straight up shitpumped by the Canucks like that is just downright bad. So please hold off on any “Blackhawks are BACK” posts, because I am not convinced they are.

– That being said, the Hawks are now just two points out of a playoff spot, and their upcoming schedule is full of some shitty teams. Moving forward, they clearly can’t get their face kicked in at evens like they did tonight and expect to win games and make up that playoff ground. But confidence is a dangerous weapon and there is potential they improve as they go and we see a playoff berth. Playing games that matter would certainly be valuable, but I am still not sure if I think it’s more valuable than adding Jack Hughes would be.

– A key part of any potential playoff push (or tank-like collapse) is going to be the play of Collin Delia, and yet again he delivered an inconsistent performance that leaves me wanting an answer regarding what he actually is. The second Canucks goal simply cannot happen, and while it was less egregious neither can the third. Those are two goals where Delia was set up well in front of the shot, and just missed. But then he makes the hard saves and gives you overall solid play. He has to fix the soft shit, cuz then there is really something here. Until then, I will feel like I need to see more.

– The connection between Dylan Strome and Alex DeBrincat is really something, and Strome is absolutely showing himself as a certified 2C with still some upside to maybe be more. He is so smart, his hands are so good, and he’s really using all of that to mitigate the weaknesses with his skating. Meanwhile, DeBrincat remains the third best forward on this team and really elevates Strome, and their past chemistry is definitely playing a role. They’re fun to watch and an excellent second line compliment to Daydream Nation.