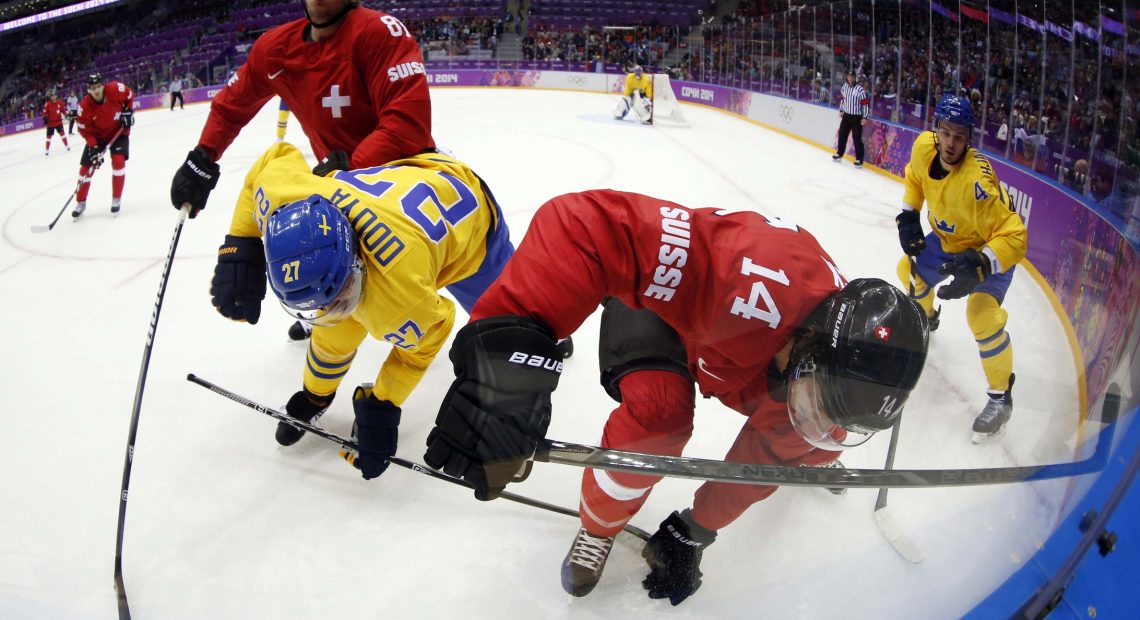 Another day, another round of games that are over by lunchtime here stateside.

Once again none, but Patrick Sharp was a healthy scratch for Canada, and Henrik “30 Seconds To Back Injury” Zetterberg has withdrawn from the tournament, seriously hampering an already hobbled Swedish team’s chances.