Sit Back, Relax, And Strap It Down – ’17-’18 Blackhawks Player Previews – John Hayden 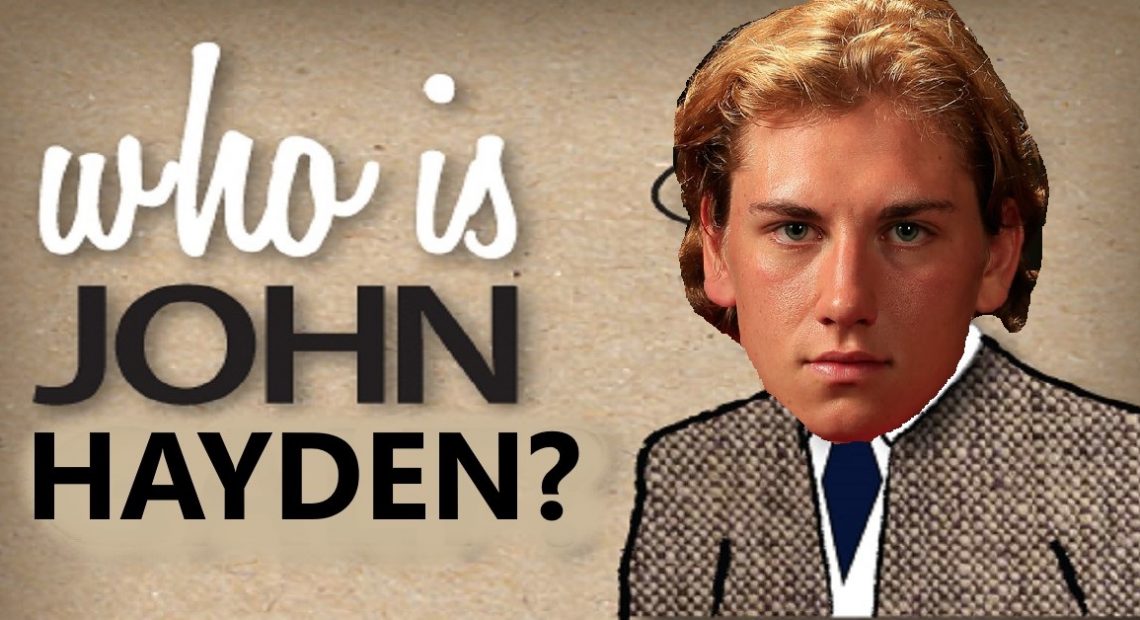 In the infancy of this Blackhawks era, one of the litmus tests I came across for whether you were a “real fan” was to know who Éric Dazé was. With his hulking hockey body, high expectations, and myriad injuries, Dazé inhabited the intersection of “good enough to know” and “not good enough for bandwagoners to know,” serving as a marker between the bona fides of bandwagon fans and fans “who had always been fans,” which is an eternal pissing contest that’s about as dumb as having Jordin Tootoo on your roster. Now, I’m hearing more and more rumblings about local boy John Hayden, with his hulking hockey body and high expectations, and I wonder, “Who is John Hayden, and will he be another Dazé measuring stick 20 years from now?”

A Look Back: The Blackhawks signed Hayden to an entry-level contract last year, which our fearless leader Fels pegged as a move caused by being once bitten, twice shy over stairwell-shitter and professional thumb impersonator Kevin Hayes dumping the Hawks for the Rangers in 2014. When he came up in March last year, there were plaudits for his size and worries over his speed, but he managed to look OK over 12 games: a little bit better than “a guy” but certainly not a Dazé.

The most noticeable thing about Hayden after his size (6’3”, 223) was his much-improved skating. He even found himself on a line with Toews every so often, which is where he scored his first and only NHL goal. While his 4 points over 12 games is a far cry from the 34 in 33 he put up at Yale before his quick call up, the ECAC (which is the conference Yale plays in) isn’t typically a hotbed for hockey prospects.

There might be some promise in his CF%, which was 1.4% better than the team rate last year, but he only played 12 games and spent most of that time in the offensive zone. And you have to wonder whether Hayden is projected to be a “start in the offensive zone” kind of guy.

A Look Ahead: Given the likes of Saad, Schmaltz, Sharp, Wiener Anxiety, and DeBrincat, who figure to slot in and out of the top 2 lines, it’s less likely you’ll see Hayden up there. Though with DeBrincat getting into a fight at a fucking prospect tournament to show just how low his nuts swing, it’s possible that Q expects DeBrincat to SHOW MORE, which could open up a spot for Professor Hayden, who’s smart enough to see what a terrible fucking idea that would be.

For now, Johnny “The Brain” Hayden (sky point Bobby) figures to fight for a spot in the lower half of the lineup, but the only guys I’d take him over are Wingels and Tootoo, two of the suckiest bunch of sucks who ever sucked. Maybe if he impresses, he lines up on the right side on the 4th line, but then what? Q historically uses his 4th line as a defensive zone plug, and nowhere throughout his career has Hayden shown a talent or propensity for that. Hayden has made a name for himself by being the fat kid on the Kenny Hubbs team who threw 70 mph because he hit puberty at 9. That advantage goes away in the NHL.

Barring some sort of epiphany or major injury, Hayden probably slates to start the year in Rockford. If he can exceed what he did at Yale there, maybe he finds a spot on the bottom half, but again, it’s tough to see whom he replaces, since we don’t have any evidence that he can or will play the left side. But he is just 22, and he did show dedication to improving his skating at Yale, so it’s possible that he can mold his game to play as a right-handed left winger, replacing a guy like Lance Bouma if he ends up making me eat crow for believing in him. (Is this what it’s like to be a disappointed dad?)

So who is John Hayden? Hayden is a big, smart boy, but he’s no Dazé. He probably won’t be more than an answer to a trivia question in a few years (Who was the 20th Yale Bulldog to crack an NHL roster?). He’s the Atlas Shrugged of hockey players: not nearly as great as his proponents say, an overhyped tome of theoretical muck whose pedigree rests mostly on his size and standing out among the mediocre.

At least he’s got a sort of Hasselhoff handsomeness to him.