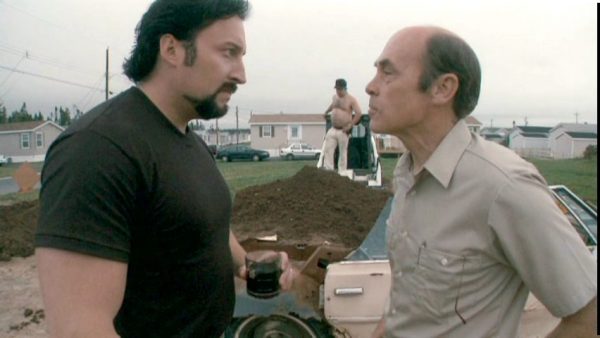 Night 2 of the preseason! Some random thoughts:

–Schmaltz looks really good out there. Yes I realize it’s early, and part of me is scared I’m dooming him to injury with my mind by saying something hopeful. But let’s put aside my psychosis for the moment—the highlight of the night was his takeaway that led to DeBrincat’s goal in the second. That was certainly the prettiest move, but he had speed and passes for days. This whole DeBrincat-Schmaltz-Kane thing is working for me.

–That power play was still a little iffy. Yes, yes they scored twice, but do you really think that a Seabrook slapshot from the blue line will get through anything resembling even a barely functioning defense (which Detroit most clearly does not have)? With the exception of the aforementioned DeBrincat goal, they struggled to set up quality chances and managed to take a dumb penalty in the first to send it back to 4-on-4. Again, it’s preseason so who gives fuck…but I’m just saying…

–Welcome back, Saad. Welcome back. How we have missed you, dear friend.

–David Kampf had a big chance and…shat the bed. Toews is supposedly ill (hung over? Stubbed a toe? I want the truth). But Kampf managed to take two penalties, be very slow, and contribute essentially nothing with this opportunity. This is when preseason makes me sad; it’s like fucking A Chorus Line out there.

–A few too many penalties, methinks. And I’m not blaming the refs, I’m blaming the players. Sharp got caught up by the new rule on slashing barely seconds into the game (old dog, new tricks, blah blah blah). But six penalties is a mix of careless and stupid. (Panik, wtf?! You looked so good otherwise!)

–Snuggerud was playing and then he got hurt! Can you understand that psychosis I mentioned about injuries to anyone I care about?! This is the most hilarious player name to come through this club in a long time and I need him to be OK. Also he looked pretty good out there so the team probably needs him to be OK too.

–Those collars. We laughed at them, we will continue to laugh at them, and with good reason. Somehow, thanks to that hideous shit, we managed to invent a new style tonight, folks (Pilgrim-chic. I’m trademarking it). Seriously, we can talk about the Indian Head, you can be pro or con, that’s a meaningful conversation we should have as Hawks fans and as humans who are trying not to be garbage. But those fucking collars are ridiculous and if the edging on your jersey is that much of an eyesore, it’s time to re-evaluate.

–Detroit sucks. As my esteemed colleague said recently, HAHAHAHAHAHAHAHA. I don’t know who half these morons are and I don’t care. Mrazek sort of made a valiant effort for a little while, but really what could he do? I almost felt bad for him…almost, but then I didn’t. Fuck this team. A shit leopard can’t change its spots.