Your Friends And Neighbors – ’17-’18 NHL Team Previews: Take A Long Look At Randy 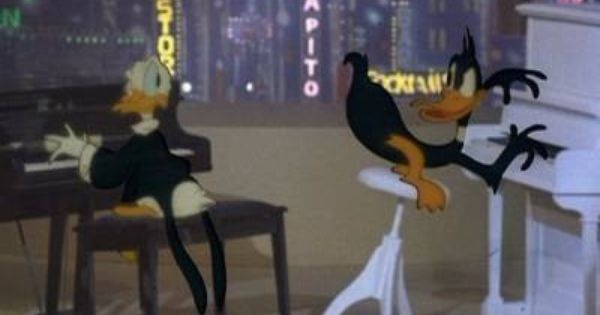 Longtime guys on this blog will know that there really isn’t a team I hate more than the Anaheim Ducks. Their team is chockfull of shit gibbons and deutsche banks and it’s being watched by a bunch of buzzards and mouth-breathing giblets in the stands. And the whole area really could go away and I doubt anyone would miss it. It’s the most hellish suburbia one can imagine, and if you actually met a Lucille Bluth in real life you’d firebomb her house within seven minutes. I’ve met a real life Gob Bluth in Orange County, because everyone there is one, and believe me it wasn’t funny.

So you know I’d love to sit here and spend 800-10000 words telling you how much the Anaheim Ducks will suck. Sadly, I’m not going to be able to do that. Let’s get through this together.

Goalies: It felt like it took about fifteen years for the Ducks to finally install Winter Soldier lookalike John Gibson as the full-time starter. You know they wanted to in 2014. Then he vomited up a cat in Game 7 against the Kings. The next two years he couldn’t wrestle the job from Freddie Andersen, who was just good enough to get the Ducks beat in Game 7s at home, their patented finishing move. So they booted Andersen, and finally turned things over to Gibson. Through injury he tried to give the job to Jonathan Bernier, but when he was in there he was really good. His .928 at evens is strong, and he’s only 24 so he’s not even really into his prime yet. While the question was always if Andersen was ever going to be enough, there aren’t the same about Gibson now.

He’ll be backed up by Ryan “I Remember Nothing” Miller, who’ll take a backseat for the first time in his career. Miller is 37 now if you can believe it, and is past any point where he might bitch about use. Miller was actually pretty good in Vancouver last year, a .924 at evens behind a simply awful team and facing more chances than anyone should have to. As backups go, if he can adjust to playing once a week or even less, you really can’t do any better than this. It would be a true shock if goaltending is what brings the Ducks down this time.

Defense: More infuriating shit. When fully healthy, this could be the most dynamic and fleet blue line west of Nashville, and it might actually be deeper. Both Hampus! Hampus! and Sami Vatanen aren’t going to suit up until November after having matching shoulder surgeries in the offseason. No word one whether they had it at the same time and whether or not the Ducks got a discount for doing so. When they come back they should shove Kevin “I’ve Had My Fist In My Mouth My Whole Career And No One’s Noticed” Bieksa to either the third pairing or cast off in a parking lot somewhere where he assuredly wouldn’t be able to find his way out. Cam Fowler will only turn 26 this year, which is beyond belief, and on a second-pairing that can be a real weapon even if Fowler never quite turned into what was predicted for him. Josh Manson, who isn’t nearly the rockhead his dad was, is also here. Their first round pick from last year, Jacob Larsson, could also make the team to make them younger and more mobile, because that’s what they need.

The only thing holding this unit back is that Randy Carlyle can’t make toast. No, seriously, he can’t. Any coach who knows how to tie a tie and manages to get his shoes on the correct feet would have this blue line running and gunning like the Predators. But Randy would have a grabber if he even thought of it, so this team will always be a bit handicapped from what they could be.

Forwards: They might be past the time where they can count on Corey Perry and Ryan Getzlaf to be top-end point producers anymore (though they can still count on them to eat each other’s shit). Then again, they might not be. Perry didn’t manage 20 goals last year, though most would point to that 8.8 SH% last year which was nearly half of the year before and predict a rebound. Perry had the same amount of shots and attempts last year as he did the year before when he scored 34. So he’ll probably manage more than the 19 he got last year. He even had more scoring chances and high-danger chances last year… so yeah, fuck. This isn’t quite an aging curve yet. If Perry starts scoring, Getzlaf will probably improve on his 73 points from last year, which will only increase the amount of urban rodents he eats outside the arena postgame.

Apple of Fifth Feather’s eye Andrew Cogliano remains the best name to say in NBA Jam voice and will still be a weapon on the second line along with Jakob Silfverberg on the other. The problem is they’ll be dragging a corpse around at center with Antoine Vermette filling in for the injured Ryan Kesler, and it’ll be the same when Kesler returns. While Kesler’s regular seasons have been fine, he’s been dunked on in the playoffs by Ryan Johansen two straight springs and Run CMD will be waiting for him at some point with a year’s experience in his holster now.

The Ducks are deep on the wings all the way down, with Patrick Eaves scoring goals that won’t matter on the third line and Rickard Rakell there too. Dr. Rasmussen has washed up here and would hopefully replace Rocksteady impersonator Jared Boll on the 4th line. When Vermette slots down upon Kesler’s return that’ll move Chris Wagner down to the 4th line center.

Outlook: If the Oilers had a blue line, you’d pick the Ducks to finish comfortably in second. Yet you can’t confidently say that either the Oilers or Flames are sure bets to overcome the Ducks just yet. The rest of this division certainly blows, as the Canucks are helpless, the Sharks and Kings are backing up, and the Coyotes are at least interesting but not ready for anything important yet. Finishing first in in the Pacific is rather vital, because none of the three teams at the top of this division are going to want to face each other in Round 1. The Ducks will be in that discussion. Which sucks.