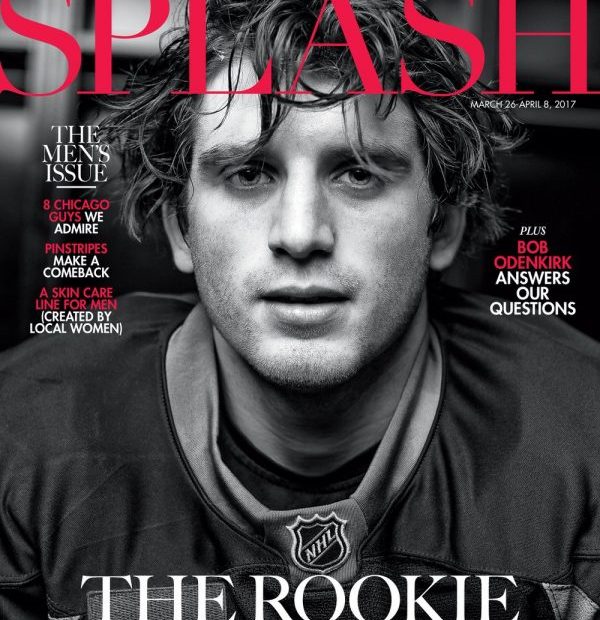 A Look Back: Fun fact—I witnessed Hartman’s debut with the Ice Hogs a few years back, and we were sitting next to his grandparents and chatted them up. Nice people. (No, I don’t remember any good stories, I was drinking, sorry.) He’s also a local boy…hailing from West Dundee, Illinois, he grew up all of 20 minutes from the towns where I’ve spent most of my life (due to some questionable decision-making). I feel like I know the guy!

In reality of course I don’t know him at all, and in fact I’ve never really known what to make of Hartman, going right back to that Ice Hogs game (the aforementioned beer helped with that). I feel like I’m waiting for something but I don’t know what. Playoff dominance? Some offensive explosion? And no, that hat trick against Nashville last January doesn’t count. A fluky ricochet off his forearm and two empty-netters violate the spirit, if not the letter, of the law on scoring.

And yet, last year was a breakout year for him of sorts. All of his numbers were solid. He had a very respectable 19 goals that were sprinkled throughout the season, which gave them some kind of cloak of invisibility for me. The guy came in third in even-strength goals among rookies. In fact only league darlings and Calder rivals Auston Matthews and Patrik Laine were ahead of him. A solid +13, 12 assists…that’s nothing to bitch about. And he has an occasional flair for the dramatic—scoring-while-falling, a pretty badass wrist shot—along with the ability to do the basic shit like hang around the net for rebounds. What’s not to like?

He benefited extraordinarily by playing on a line with Kruger and Hossa (who among us mere mortals wouldn’t?). But he also had a decent stint with Kero and Hinostroza after an admittedly rough start. He played on different lines and both wings over the course of the year so you can’t really knock his versatility. The next logical question is, where does he fit in this year?

A Look Ahead: Yes, it’s early days, and Hartman wasn’t even in the lineup for the preseason opener on Tuesday. However, if practices thus far are any guide, it seems he’s landed on a line with Sharp and Anisimov. Here’s why that might not be terrible: I expect Sharp to be slow, but on the third line they’ll be doing a bit more bum-slaying so it may not sink the whole operation. If ADB-Schmaltz-Kane is really going to become a thing, let’s keep Sharp out of the way and put him with the more comparably sized Hartman, rather than have a literal dead weight on one side of the second line where 2/3rds are built for speed. It may take a few games for Q to accept this reality, but I’m holding out hope.

Anisimov is no Kruger but he’s good at getting to the net, which could play to Hartman’s strengths as the trailer-with-the-wrist-shot, and also as the garbage man getting rebounds once Anisimov has parked his ass there. (Here they are trying to market him as a pretty boy and I’m calling him a garbage man.) Hartman also had 121 hits last season, so he may be able to provide some protection for his more fragile linemates, especially if they’re facing bums who have nothing to lose. Hartman’s offensive to defensive zone starts were nearly equal, which will hopefully provide Anisimov with some confidence in the defensive zone. Should shit go sideways in this scenario, however, Hartman has proven he can play with basically anyone on this team, wherever those chips may fall, so there are plenty of options in the musical chairs that may become the second through fourth lines.

Like so many guys on this year’s Hawks, it seems like this is the make-or-break year for Hartman. Either he’ll step into the fashionable, Vaseline-lensed limelight that the Hawks are setting up for him, or he’ll get overshadowed for good by other young guys like Schmaltz and DeBrincat. Maybe we’ll get a Lifetime movie of a third line where the aging former beauty queen passes the torch, and plenty of world-weary wisdom, to the new starlet. Personally, I’d just be happy with a reliable third line that can handle 13-14 minutes a night. Someone tell Hartman that dependability is sexy too.