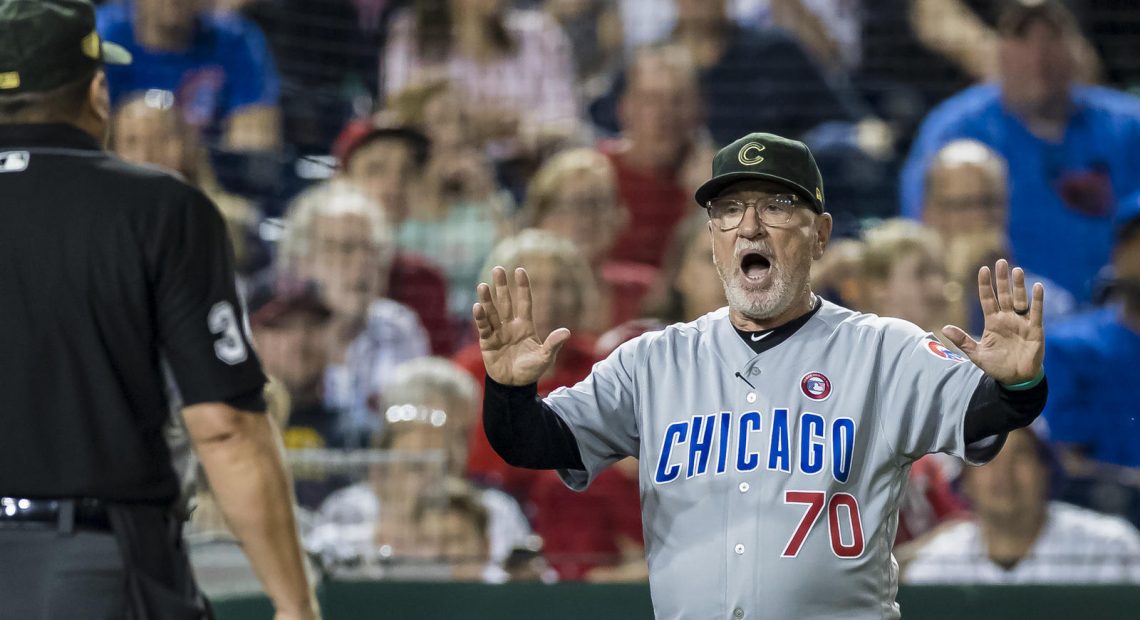 When it was laid out, and you saw Luis Castillo, Max Scherzer, and Stephen Strasburg lined up against the Cubs, a .500 road trip seemed pretty tasty. And that’s what the Cubs got thanks to getting past Scherzer and then hanging on tonight for a series win in DC. They feasted on the soft underbelly of the Nats on Friday, their bullpen, and then didn’t get the chance on Saturday. Tonight, they got to see what the Nats look like without an ace or ace-adjacent starter on the mound, and it’s not good. Keep the line moving.

-I feel like Cubs fans are just going to have to live with this kind of Jon Lester start every once in a while. As we’ve chronicled, Lester for the past year and this season has lived on the margins, getting away with giving up a fair amount of hard contact. He didn’t even give up that much hard contact last night, though more than enough, but everything found a hole. It’s the opposite side of the BABIP Dragon. He just didn’t have much, and you wonder if the 116 pitches he threw in his last start had an effect. He won’t get an extra day before his next start either, so hopefully just a one off. He has about the same margin for error as Hendricks does these days. You see what happens when he misses.

-I’m telling you now, I have about as much use for Xavier Cedeno as I do Kyle Ryan, and that’s a whole lot of not much .

-Baez’s injury is a little worrying, though a heel bruise probably doesn’t keep him out long. One of the worries this season is that Javy has played every game, and while having your own personal Cal Ripken who can do what Baez does certainly appeals, we know that rest is something of a weapon. Yes, it means more Addison Russell and no one wants that, but this is where we are. A couple games off probably is for the best.

-Almora had five hits in two games started. Is this the awakening? Eh…over the past two weeks the OBP is still under .300, but he’s slugging .565, and still half the contact is on the ground. Let’s reserve judgement for a a little longer.

-We can definitely say Daniel Descalso is certainly in heavy seas at the moment. Which makes La Stella’s nuclear streak in Anaheim a little harder to deal with.

-Did I mention Kris Bryant is good?

-Letting Cishek get the final seven outs is the kind use the pen is just going to have to get right now. This is why we’re big on letting Chatwood and Montgomery take multiple innings whenever possible, because it frees up Kintzler and Cishek and Edwards to do more when used. And when those are the most trustworthy relievers you have…well, you understand the problem.