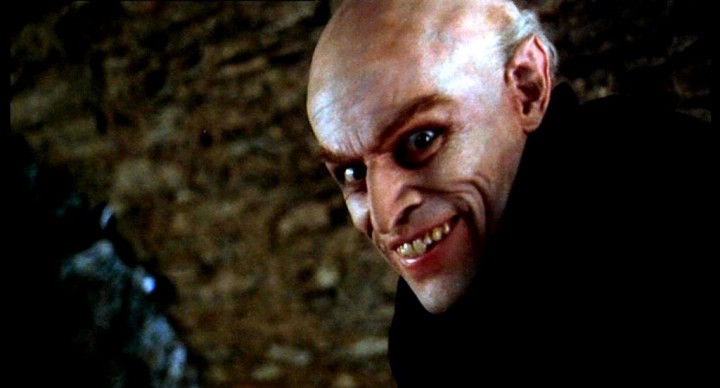 It wouldn’t be a good idea to use the New York Islanders as a barometer for what common thinking is in the NHL. Jon Ledecky and Scott Malkin are… well, we don’t really know but I’m going to go ahead and guess they’re not going to be mentioned with Socrates or Plato or Vecini. They got their new stadium, and good for them, because the Isles need it. They’ve kept around Garth Snow for too long, and making a change is probably a good idea.

But hiring Lou Lamoriello is the kind of dinosaur thinking and Old Boys Club that keeps this league squarely in its own ass, and why things like the Vegas Golden Knights can happen.

Ol’ Lou is a Hall of Famer, and rightly so. He built something of a dynasty in New Jersey, even if it was the last place anyone wanted one and it was the last team you’d ever want to watch. And maybe, yeah, they set the sport back a decade or six with the neutral zone trap. But hey, it worked, it won, no one was really doing it, and the NHL was flat-footed in figuring out how to stop it, or even figuring out it needed to stop it. Except the Red Wings kind of did it with Scotty Bowman and the left-wing lock but we’ll leave that for another time. The Devils perfected it, and Lou brought through guys like Brodeur, Stevens, Elias, Daneyo, Gomez, Sykora, Niedermayer, et al.

Here’s the thing with Lou, though. Aside from that goofy Final appearance in 2012 that really doesn’t make any sense other than the entire Eastern Conference went for shawarma or something, four of the last five Devils teams missed the playoffs, and only one of them came anywhere close. The previous three before that went out in the first round. So for over a decade, Lou’s Devils teams made it out of the first round three times. They missed the playoffs four times. This isn’t exactly a glittering record as the game sped up and got more open.

As for this current Devils team, the one that did make the playoffs and was actually something more than a torture device to get people to talk when you watched them, Lou’s fingerprints aren’t really present. Their core players are as follows:

Will Butcher – signed after Lou

Sami Vatanen – traded for after Lou

Now, Cory Schneider was a Lou trade…except he’s been terrible for two seasons. Keith Kinkaid was a Lou draftee as well, though. But you can see where Ray Shero has basically spent three seasons trying to clear all the trash Lou left him.

So let’s move over to Toronto, where Lou was the GM or three seasons. He got a crack at two drafts, as he was hired after the ’15 draft and free agency period. And he took…Auston Matthews? I mean, hey, that’s great. But like, it’s not like he unearthed Matthews. This wasn’t a genius display of scouting. He had the top pick, Matthews was clearly the best player in that draft. So there you go. None of the other picks the past two seasons while under Lou’s stewardship have made it to the NHL, though to be fair it’s kind of a short view.

Here are some signings the Leafs made in Lou’s time:

Roman Polak, after trading him away once – a circus bear

Brian Boyle – fine, maybe? Basically a 4th line center and really a dime a dozen and despite being a good story he’s just kind of there with dumb and bad facial hair

Freddie Andersen – Been good, until you say the words “Game” and “7” and then he does Muppet arms while running away from you

Patrick Marleau – Ok, good, can’t argue with 27 goals. He might be three days older than water, but he provides something.

So what did Lou add to the Leafs’ core? Maybe Andersen? Seems like they’re already thinking about a new goalie when they want to win something serious. Zaitsev? Depth d-man, I’ll give you that one. And Marleau? Pretty much a complimentary scorer at this point.

So what about any of that screams you need him to not only turn around your team but also convince the best player in your organization in at least two decades to stay so you can speed up that turnaround? I mean, maybe name recognition is all that Tavares needs. Maybe he grew up turning off Devils games so he could so something he might actually enjoy, but has memories of them. Still, if Tavares is getting any decent advice, Lou’s hiring won’t mean shit.

There was a time when it would. It’s not now. And yet this kind of silliness keeps happening.