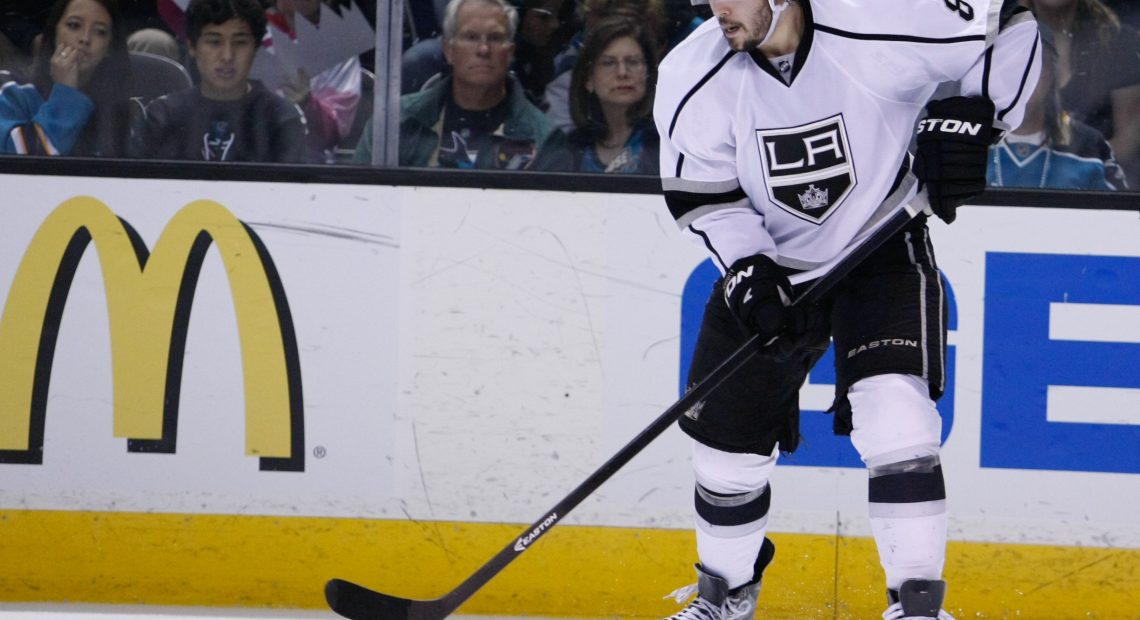 In game seven against the Sharks, Darryl Sutter rolled out the following pairs of defensemen:

Depending on Matt Greene’s health and Jake Muzzin’s play, both Alec Martinez and Keaton Ellerby are also available to step in and at Sutter’s disposal. You’ll notice each unit features a puck rusher (Doughnuts, Voynov, Muzzin), and a stay-at-home physical presence, which makes for a nice balance up and down the lineup. Both Doughty and Voynov are right handed shots as well, which is a valuable asset for pulling the trigger from the point.

As a unit, this group is allowing 29.4 shots per game so far in the playoffs, 2.4 more per 60 than their dominant Cup run of a year ago. This has forced Jonathan Quick to have to work harder, and only improved his numbers from his Conn Smythe performance last year, which should prove terrifying enough for everyone involved, but he’s a story unto himself tomorrow. In their last series against San Jose, the Kings were outshot 4 of the 7 matchups, and only outshot the Sharks once, drawing even twice.

Obviously, the Kings first pair and Kevin Corrigan doppleganger Drew Doughty is what makes this whole engine go. The Olympian and Norris finalist from 2010 shook off a slow regular season start, and once again has become the reliable, do-everything presence that the Kings need. He’s a one man breakout, has good offensive instincts (2G and 3A in 13 games so far), and is for the most part positionally sound in his own end. But he is not a hulking powerhouse physically, and that can be exploited. Furthermore, he can get a little red-assed and cross-checky if he gets frustrated. Doughty has gotten far fewer offensive zone starts in the playoffs compared to the regular season (46.5% to 54.9%), which has caused his Corsi/60 to drop precipitously from +14.84 to -1.30, which likely serves as a function of facing far stiffer competition as the team’s #1. But Doughnuts has flipped the ice with regularity, finishing 52.7% of his shifts in the offensive end. His puck carrying and passing abilities will need to be accounted for. Giving him limited time and space will lead to frustration and get him off his game.

He’s been partnered for the most part with deadline acquisition Robyn Regehr, who produced next to nothing for a shit Sabres team after nearly a decade as one of the Flames foundation pieces. Regehr has never been the fleetest of foot or had any offensive upside whatsoever, but he’s built like a panzer and can give and receive physical punishment with the best of them, except the miles have started to add up. Regehr has for the most part been snowed under these playoffs, with a -12.52 Corsi, and against two teams not nearly as fast top to bottom as the Hawks. Should Regehr falter, look for Sutter to swap him with the platonic ideal of the stay at home defensive partner Rob Scuderi. Scuds has won two Cups as free safety for roaming partners, and has been for the most part shepherding young Slava Voynov on the second pair. But Scuderi and Doughty have a history together, though Scuds is faring even worse in the Corsi department at -13.7, and that’s an improvement from his regular season -18.0.

Scuderi’s partner, Slava Voynov, burst onto the scene last year and made Jack Johnson expendable, thus giving Dean Lombardi the ability to land Jeff Carter and his frosted tips. Voynov has not shown any signs of a sophomore slump this year with 25 points in the regular season, and 7 (4G and 3A) already in the post season. Voynov has an incredibly accurate and quickly released wrist shot, so Hawk forwards will need to close out quick on him anywhere near the top of the rings, as he can get his shot through traffic. Voynov gets the benefit of starting over half his shifts in the offensive zone at 51.2%, which contributes heavily to his +8.92 Corsi. But as is the case with Doughnuts, there can be some physicality exerted upon him in the defensive corners, provided the Hawk forwards can catch him.

On the Kings’ third pair is literally the reddest of all of their red-asses, Matt Greene. Greene injured his back in the opener at Staples against the Hawks, and only returned in the final week of the season. Green is slow and plodding which his back woes have only exacerbated. but he is an absolute motherfucker to play against. Built like a pop machine and as nasty as a kodiak bear on angel dust, Hawk forwards who go to the front of the net with Greene on the ice do so at their own peril. Greene has also flipped the ice better than any other Kings defenseman to this point, starting 65% of the time in his own end, and finishing 52% of the time in the offensive end. He’s been largely partnered with this year’s offensive sensation on the Kings blueline, Jake Muzzin, who is making the most out of his extremely sheltered shifts (61% o-zone starts) with an absurd +27.6 Corsi per 60 to go along with 3 assists. This pairing figures to see a lot of Stalberg, Shaw, Kruger, and Frolik, however, and that matchup could very well be where the series is decided should the top lines cancel out as they often do.

So while this unit is certainly formidable, there are some spaces where the Hawks can take advantage, particularly against Regehr, and at home whenever Voynov and Muzzin are forced to take defensive zone draws (assuming an off-chance the Hawks can win one). The Kings defensemen haven’t been as lights out as they were last year, and they’re giving Jon Quick a lot more to be concerned about, and allowed a Sharks team to regularly out chance them both at home and on the road. It’s a recipe that has worked to this point for the last two seasons, but the Kings have not faced a team with the depth the Hawks possess yet in their 6 consecutive post season series victories.