Night Songs – Round 1 Day 10: An Ice Water Fountain of Urine 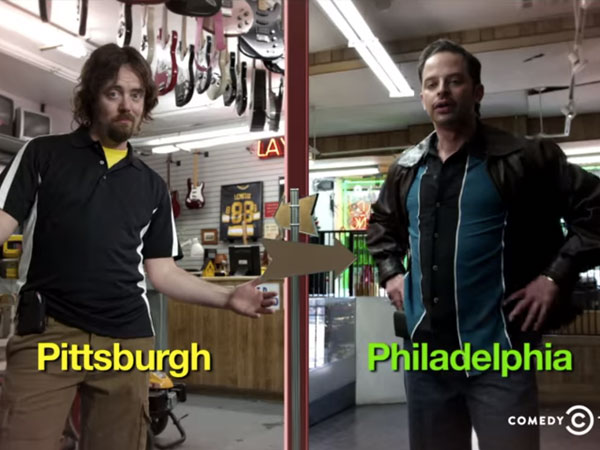 The two teams that were supposed to win won, in mostly convincing fashion. Let’s do a quick clean up.

Only in Philadelphia can a game that had two hat tricks—one being the four-goal variety and the other coming from a guy with a frayed MLC—be overshadowed by, well, anything. But to no one’s surprise, the Flyera faithful became the old sports cliché of leaving a piece of yourself on the ice, pelting players with trash, and half-full cans of Yuengling and whatever other canal runoff they drink. Hilariously, the complete toddler meltdown that is fandom in Philly led to Pittsburgh’s final empty netter, as a rogue towel in front of Provorov led him to turn the puck over to Brandon Rust for the final dagger.

Guentzal’s four consecutive goals and Couturier’s hat trick despite his torn MCL were the undercard on the night. Pittsburgh will probably get extended time to wash the garbage out of their hair, because you know the Caps/BJs series is going to seven.

Not the way you want to go out at home, but there probably wasn’t a bigger mismatch in all of the playoffs than this series. But when it really mattered, Nashville got up and Dammit Doll’d the Avs. There may have been whispers about Nashville not having “it” against the Avs in this series, but last night’s drubbing ought to put that to rest.

There really isn’t much to say about a 5–0 shutout. Shit Hip continues to defy his age, and the Bonino–Sissons–Watson line continues to impress in the playoffs. Whether we like it or not, Nashville can be an overpowering team when it needs to be, which will make the matchup with Winnipeg probably some of the best hockey we’ll see in the playoffs.

With the way things have gone in the NHL this year, the Preds and Jets will mash each other to a pulp, then the winner will have to play a well-rested Knights, fresh off a sweep against the Sharks, because fuck you. Then the Knights will find themselves as an expansion team in the Stanley Cup while the rest of us drink hemlock and/or eat Arby’s.