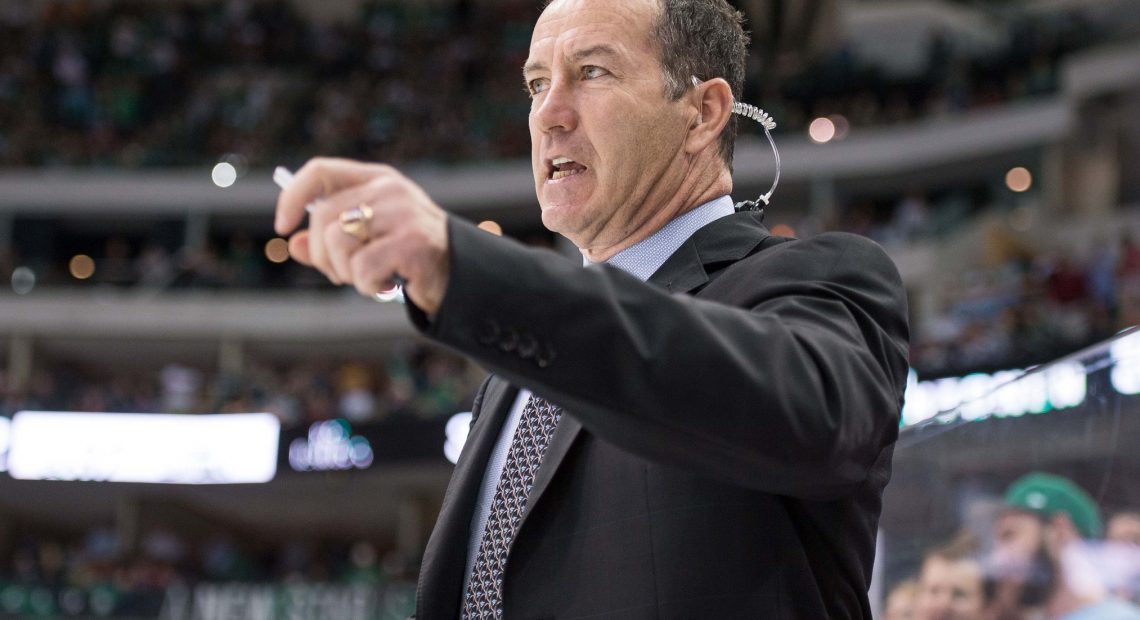 And no, that’s to referring to cashing out the last of the bowl on a trip to Vail while Tyler and The Bros aren’t paying attention.

Late last night Mike Chambers of the Denver Post reported that Blackhawks assistant coach Kevin Dineen interviewed with Joe Sakic and Avs brass for upwards of three-and-a-half hours, and is a finalist for the job vacated by intractable asswipe Patrick Roy along with Bob Boughner. And potentially losing Dineen behind the Hawks’ bench would be decidedly bad for the organ-I-zation on a lot of fronts.

It’s not that Dineen does not deserve a head gig. He most certainly does. Dineen has put his time in at the minor league level at Portland in the AHL from 2005 through 2011, brought an absolute dogshit Panthers team to the playoffs to a game 7 OT in the first round on a team that featured Stephen Weiss, Kris Versteeg, and THAT Tomas Fleischmann  as its three leading scorers, none of whom are in the NHL presently. He also led the Canadian Women’s team to Olympic gold in 2014, and was an assistant on the 2015 Cup team. All in all a resume worthy of a second shot.

Furthermore Dineen finally tapped into the potential that had always been dormant in a Hawks’ power play that had underachieved since the beginning of the Quenneville era. While much of last year’s success (22.6%, good for 2nd in the league, 57 goals scored was the third best) can be attributed to the Hawks shooting an obscenely high percentage on the advantage thanks to a career year from Garbage Dick and his chemistry with Artemi Panarin, there was at least qualitative visual evidence of not trying the same old shit. While not a natural power play QB, Duncan Keith was freed up to play a bit of a roamer role this past year, spending most of his time at or near the faceoff dot on the strong (puck) side if not streaking down into the slot. When Artem Anisimov was injured, Dineen had Panarin and Kane work opposite half walls and use the boards behind the net as an indirect passing lane to try to free one another up to slide in back door. Furthermore, under Dineen in 2011-2012 (their only full season together), the erstwhile Brian Campbell racked up a stupid 30 of his 49 assists that year on the advantage behind only Claude Giroux’s 32. So Dineen’s absence here this year would in all likelihood be felt, especially on a team with questionable forward depth that will more than likely need every ounce of productivity it gets from the power play.

There is also something to be said for having a non-Mike Kitchen voice in the Hawks’ locker room. While Dineen and Quenneville go way back to their days at the Hartford Civic as Brass Bonanza played, Dineen has carved out his own path in the league, indirect as it has been, rather than the butt puppet that Mike Kitchen has firmly established himself as being. Remember, it was in 2012 that the players tried to cow-apult Kitchen in exit interviews, but instead it was Mike Haviland, a Tallon/Savard hold-over who got whacked. Dineen’s hiring in Colorado would leave the Hawks scrambling last minute to find their own assistant, who in all likelihood would end up being another Quenneville bobo.

And lastly, it would obviously be sub-optimal for Dineen to go to a divisional opponent, much less one that has given the Hawks fits with their speed and skill despite having literally no defensive structure and being coached by dipshit royalty. Whatever is left of the Hawks’ window is predicated on the Avs still spinning their tires at altitude and not making themselves any kind of a real problem by having a real coach.

Of course, nothing is written in stone yet. Bob Boughner has history with the Avs and has been waiting for his turn for a head job for seemingly since the moment he retired, working his way up from even the Junior ranks. And given his productivity and pedigree, Dineen should really have his pick of jobs if he wants a head gig. Matt Duchene and Nathan MacKinnon are nice toys, but the Avs are still a budget team trying to play the middle, and its power structure in the front office is ill-defined at best, incompetent at worst. It was never clear whether it was Roy or Sakic making the bad personnel decisions, and whoever lands this gig could in short order find out that Sakic is just as big of a blithering idiot as Roy. However early returns with the paper given to Tyson Barrie and MacKinnon seem to indicate at least a fundamental understanding of how the development and compensation of young talent should work in today’s league.

But for the Hawks’ sake, they should hope that Sakic has one more numbskull moment left in him and opts for someone who isn’t Dineen.