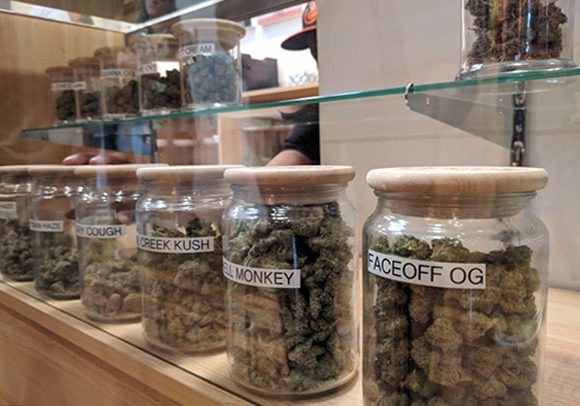 You Share The Same Fate As The People You Hate – ’18-’19 Team Previews: Colorado Avalanche

Few teams have ridden the roller coaster as hard as the Colorado Avalanche. You probably remember them best as the ruptured polyp in the direct center of the Blackhawks’s asscrack over the past five years, when, no matter how bad they were, they always seemed a little bit faster than the Hawks. You’ll certainly remember Patrick Roy swinging his shit-filled diaper over his head like a slingshot night in and night out as he slobbered the 2013–14 iteration of this team to a 112-point first-round bounce, only to have the entire team fuck off to the land of wind and ghosts over his next two years because he’s a gigantic horse’s ass.

This team has been Jared Bednar’s for the last two years, and after finishing dead last in his first year, they spasmed a playoff appearance last year on the backs of Nathan MacKinnon and noted woman beater Semyon Varlamov. Word around town is that they have playoff aspirations this year as well, so let’s see if there’s enough oil in this buggy to get them there.

Goalies: For as long as they’ve mattered, the Big Foot has relied on stellar goaltending to keep them afloat. And credit to Joe Sakic for understanding that this is now a goaltender league, because on top of having an NHL-caliber piece of dogshit in Varlamov, he went out and got a 1A goalie in Philipp Grubauer. The idea is to keep Dogshit at around 50 games, which is typically where he’s done his best work. Last year saw Dogshit post a strong .923 SV% at evens and an outrageous 90.7 SV% on the kill, which went a long way in jettisoning the Avs to the fourth-best PK slot in the league.

With Grubauer backing Dogshit up for when he gets hurt or arrested, the Avs managed to get even better in net. You’ll remember Grubauer as the guy who started for the Caps early in their playoff run last year when Braden Holtby started to run out of gas. Grubauer’s regular season numbers at evens were outstanding, with a .931 in 35 games. His short-handed percentage sat at a pedestrian .870.

Barring injury, this is where the Avs are going to thrive, because even if Dogshit gets hurt, they have one of the best backups you can ask for in Grubauer. When your backup is tossing a .923 in all situations, it’s hard to worry.

Defensemen: Now this is where it gets dicey. Professional golf-cart crasher Erik Johnson will lead the Avs with his milquetoast interpretation of hockey defense, and he’ll be mostly fine doing it. Last year saw him pairing primarily with Nikita Zadorov in a shutdown pairing role, with the two of them posting 5v5 CF%s of around 48% while spending most of their time in the defensive zone. Also of note is young Grease Lightning Sam Girard, who at just 20 years old looks to explode on the scene this year. He potted 20 points in 68 games as a 19-year-old last year. When you think about how defensemen in the NHL will look in the next decade, Girard is probably as fitting a prototype as you’ll find. He can move the puck, has good vision, and his skating is legitimately artistic. The only real knock against him is he’s a bit light in the ass at 5’10” 160, but we’ve seen before that with the right skill set, size doesn’t matter much. And Girard has that skill set. He’s likely to pair with Johnson on the top pairing this year.

After that though, you look at the Avs blue line like a loogie dangling from the ceiling of the Blue Line. Ian Cole was brought in to do whatever it is that Ian Cole does, which is be a defensive defenseman? Tyson Barrie will continue to get to the wrong spot really, really quickly, and yet be a nightmare on breakouts. If Patrik Nemeth, Mark Barberio, or Mark Alt do anything for you, see a doctor. Overall, the blue line is a Hot Pocket, simultaneously ice cold and scalding hot and never quite cooked even.

Forwards: The first line for the Avs is insane. Nathan MacKinnon isn’t even fucking 25 yet and was arguably the best centerman in the West last year. Now that Patrick Roy isn’t spreading his GET MEAN diaper rash to Gabriel Landeskog, he can focus on everything else he does well, which is really everything. Mikko Rantanen scored 84 points as a 21-year-old last year and could be a 30-goal scorer if he keeps up his 15–16% shooting rate (do you remember laughter?). You’re looking at 200–250 points from this top line.

After that, it’s much less robust. Alex Kerfoot projects to anchor the second line on the left wing. His 43 points as a rookie last year were impressive. Tyson Jost could never quite put it together last year, which is exactly the kind of player you want centering your second line. JT Compher is fast and nothing more. Sven Andrighetto is the same person with a harder to spell name. Their shutdown line of Matt Calvert–Carl Soderberg–Matt Nieto will be a sandpaper lullaby. The Avs are high on their first-round pick Martin Kaut, and it’s possible he’s called up mid-season, depending on how the Avs shake out. Kaut is touted for his offense, which is precisely what the Avs will need down the stretch, given their hot-potato possession tendencies.

Outlook: The Avs are a get-up-and-go team. They do not give a fuck about possession, and with all the offensive firepower on the first line coupled with rock-solid goaltending, they really don’t need to. If Kerfoot and Jost put it together and Kaut manages to make the team down the line, the Avs will have a bit more cushion to work with offensively. You can see them squeaking into the playoffs again this year.

And they’ll also have the best shot at Jack Hughes in the upcoming draft, with Ottawa’s farcical leadership’s complete inability to do anything right ever keeping this year’s pick so they could draft Keith Tkachuk’s other garbage son. Come this time next year, the Avalanche might be a legit contender.

In what now feels like their third cycle of the last decade, the visiting Colorado Avalanche are rebuilding, this time at least under the tutelage of an actual adult in Jared Bednar. But the more things change, the more things stay the same in Denver, and the Avs find themselves once agian in the league’s basement. 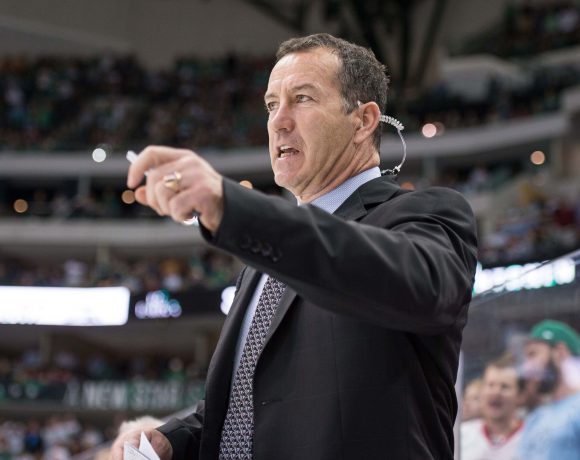 And no, that’s to referring to cashing out the last of the bowl on a trip to Vail while Tyler and The Bros aren’t paying attention.

Late last night Mike Chambers of the Denver Post reported that Blackhawks assistant coach Kevin Dineen interviewed with Joe Sakic and Avs brass for upwards of three-and-a-half hours, and is a finalist for the job vacated by intractable asswipe Patrick Roy along with Bob Boughner. And potentially losing Dineen behind the Hawks’ bench would be decidedly bad for the organ-I-zation on a lot of fronts.