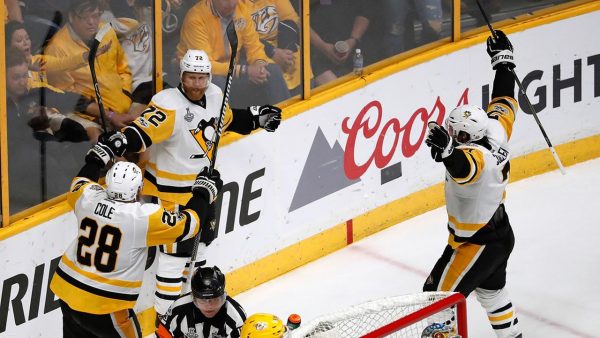 Such a weird league. We have spent most of the past two years, if not longer, complaining that the salary cap has essentially made the differences between teams smaller and smaller, to the point where they’re hardly noticeable at times. How the shootout and stupid overtime system and the even dumber points system makes the standings somewhat fake a lot of years, and keeps teams bunched together while also making it nearly impossible for anyone to pass anyone.

And yet we sit here, with three teams having won eight of the past nine championships. And the one outlier in that group, the Bruins, played for another and lost to one of the three. So four teams have taken up 11 of the possible 18 Final slots. Stretch it back a round, and those four teams have taken 16 of 36 conference final spots, with the Kings, Hawks, and Penguins each losing one or two in that frame.

And yet those three are very different. The Kings had a three-year window where they were dominant, at least in the postseason, and now that looks like it’s toast for the foreseeable future. The Penguins team that won these two Cups and the one that nearly did in ’08 and did in ’09 are vastly different. The only players to carry from one to the other are Crosby, Malkin, and Letang, and Letang didn’t play this spring. You would throw Marc-Andre Fleury on the list, but he most certainly wasn’t supposed to be and if Matt Murray hadn’t gotten hurt you wouldn’t consider him part of the core. Chris Kunitz was around for both, but is he a core player? The Hawks essentially had something of the same team for six seasons where they had everyone together, and now that looks over or close to it. So to draw any lessons from it, other than to have maybe the two best players at their position like the Penguins did with Malkin and Crosby, is hard to do.

But even on a lower level, it’s not that clean. Crosby only came to the fore in the series, at least on the scoresheet, until later in the series. Malkin scored three times, but two of those goals were in games that were already decided. Perhaps having those two playing just even with what’s across from them allows other players to do better beneath, and that’s been the argument. The Preds don’t have anyone like that, other than Subban on the back end. At times Johansen or Arvidsson would play like that, but not night after night. When they look back, they’ll probably conclude that their dominance in possession would only matter if they had better bets to convert it into something tangible. Or maybe it was just a bad matchup. Could their worker-bee laden forward corps overcome the trapping of the Senators, who they were inches away from seeing? Quite possibly. They just happened to run into the one team that could make it work with the lesser amount of scoring chances they would get.

All of this leads to “Team Of The Decade” discussions that is going to drive the more lathered up Hawks fans into a frenzy. Let’s face it, either the Hawks or Penguins would simply get run over by the vintage Oilers or Wings teams when there was no cap. As for definitive teams of the era, because of how much debate there is it’s probably just an honor that’s shared, and one that won’t be decided because the likelihood of these teams meaning in a Final is not all that great.

Both these teams have had big hiccups. There’s only one other conference final appearance for the Penguins in between these three Cups. There have been three first-round exits. Two more in the second round. So it’s not like they’ve been the constant obelisk that a team has to get through to win. Same for the Hawks, who have four first round exits among their run. They haven’t been the constant obstacle they would like to think they are. Compare that with the late-90s Wings who lost a Final and conference final before winning two straight Cups. That’s four straight times being in the last four. The Hawks and Kings managed three, but no one else has.

Anyway, time to move on. We’ll do so.

Hey, you should buy my book. You can do that here.

Tags: Chicago Blackhawks Nashville Predators Pittsburgh Penguins Sidney Crosby Stanley Cup Final with it over now do you know how to pick up the pieces and go home