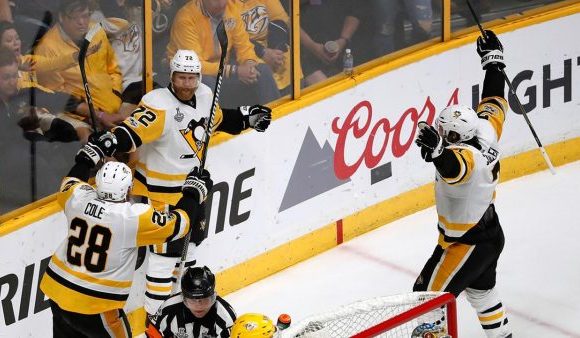 Such a weird league. We have spent most of the past two years, if not longer, complaining that the salary cap has essentially made the differences between teams smaller and smaller, to the point where they’re hardly noticeable at times. How the shootout and stupid overtime system and the even dumber points system makes the standings somewhat fake a lot of years, and keeps teams bunched together while also making it nearly impossible for anyone to pass anyone.

And yet we sit here, with three teams having won eight of the past nine championships. And the one outlier in that group, the Bruins, played for another and lost to one of the three. So four teams have taken up 11 of the possible 18 Final slots. Stretch it back a round, and those four teams have taken 16 of 36 conference final spots, with the Kings, Hawks, and Penguins each losing one or two in that frame. 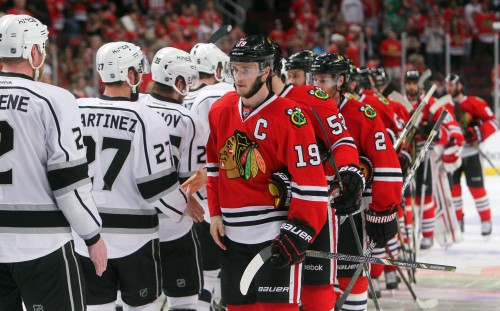 I suppose it would be a cop-out for me to say, “What can I say?” But yet I’m left with nothing else. Before this series started, a lot of us thought it was basically a coin flip. It would be decided on such small margins and plays that it would be folly to try and handicap how it would go. And that’s what it did come down to. A Game 7 overtime, ended on a flipped shot that hits Leddy and floats into the net. Not some great play. Not some massive breakdown. Just a bounce. Didn’t go the Hawks way. Season over.

It would hurt more if I could sit here and say that the Kings aren’t worthy Western Conference champs (and soon to be Stanley Cup champs). But no one around here is going to say that. Because they are. So would the Hawks have been. Just didn’t go their way. A classic series, one neither side will ever forget. Would be better if the Hawks won. But here we are.

We could nitpick about this or that. There’s plenty of time for that tomorrow and the rest of the summer. I sit here and all I can think is that with all the Hawks had put in their way, especially recently but all season (mostly from within), this was as worthy a defense as they could put forth. This is going out on their shields. They made the next champs push to a level that no Kings fan thought they had within them. It’s not enough for now, but it’s hardly worth apologizing for.

Let’s do it one more time, shall we?