We’ve had some fun here the past couple months, leaving the Hawks in the background for the most part while they study and fidget about what to do to reclaim what they once felt was theirs. Obviously there’s not much you can do once your punted from the playoffs except have a press conference where you express just how angry you are and promise changes. Then you go back into the offices and realize you’re pretty much boned but thank your lucky stars you didn’t say that in public.

So we don’t have much to work with yet, and the answers probably don’t start really arriving until next week when the expansion draft, which for some inane reason is woven into the NHL Awards, takes place. But that won’t stop us from guessing!

The Hawks did manage to ship Scott Darling out to Carolina, which pretty much instantly makes them a playoff team if he can be anything resembling what he was here. I’ll actually call the Canes becoming next year’s Jackets, except theirs will be real because Peters isn’t a moron like Tortorella. But I digest…

The Hawks have also been strongly rumored to be trading Marcus Kruger to Vegas. We’ve been over and over how important Kruger is and our affection for him. But considering he’s one of the few movable pieces that would have value for another team, it’s obvious to see where the Hawks are coming from. These are the same reasons we’ve been saying the Hawks should take calls on Artemi Panarin, because he’s the one player on a big contract who would get you something other than garbage disposal clog in return. So we can’t complain too much.

The Hawks have also signed Jan Rutta, which is certainly going to a ton of Beastie Boys, Rudner, stinkin’ root beer jokes. Coming from the Czech league is a different animal than coming from the K, and Quenneville didn’t much care for his Czech defender who came from the latter last season. But hope springs eternal.

Obviously we don’t know, but the lack of any other rumors kind of leads one to read between the lines here. We can pretty much sum up that Brent Seabrook isn’t going anywhere, and I can’t fathom that Hjalmarsson would be the one to go either given that he’s the youngest of the top three on the blue line. Jettisoning Kruger and TVR in the expansion draft wouldn’t get the Hawks under, and barely scraping in under the cap isn’t something that helps all that much either. I still wouldn’t rule out some story in August with the headline, “Hossa injures back working out in Slovakia, could miss four-five months.” But that’s fantasy land stuff.

What I’m getting at here is that it feels like the Hawks are going to try and solve their biggest problem–defense– by just throwing a host of kids at the problem and see what happens. It might be all they have wiggle room to do. But through Kempny, Forsling, Rutta, and Snuggerud (whom they are really high on and does have a chance to make the team, no foolin’), it’s a ton of spackle, I guess?

If you squint, and I mean really hard, and you see Kempny completely maxing out (and being allowed to, which would be the real trick), you could almost see where he and Hammer take the “shelling” assignments, allowing Keith to squeeze whatever’s left in the tanks to push the team against softer competition while hoping the team’s tampering with Seabrook’s GPS lock on Diner Grill is still effective. From there you’d have to figure out the third pairing, but bum-slaying from there is what Forsling should be primed to do. But that seem a bit of a fly-pattern hope at the moment. Or they call them go-routes now? Football changes terms too quickly, I can’t keep up.

Of course, without Kruger and no suitable replacement, which you can’t get for the pocket lint the Hawks will be able to offer, things get dicier up front. Maybe this is why Artem Anisimov’s name has been briefly floated, except then the Hawks would have no centers. Also, Anisimov’s no-move doesn’t kick in for another season, making it easier to move him.

Again, the Hawks could try throwing a bunch of kids at that problem too, with Schmaltz, Hinostroza, and Motte all at least having attempted to play center. But that kind of strategy all over the ice would indicate something of a lab experiment for next season in the hopes of a real run in ’18-’19, and that just might not be possible.

If any or all of the above happen or is the plan, it’s still hard for the Hawks to be bad. Even just vintage Corey Crawford keeps them from being bad, and Kane scores enough as well unless absolutely everything else falls apart. It’s somewhat silly projecting the division before any moves have been made, but it feels like only the Predators would have upward mobility in it unless the Jets somehow get un-stupid… which they never will. 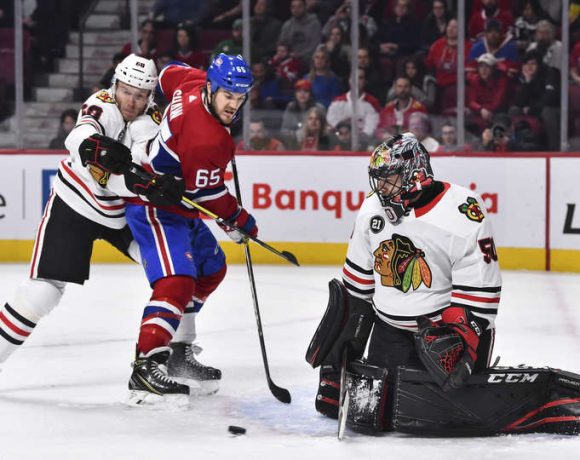 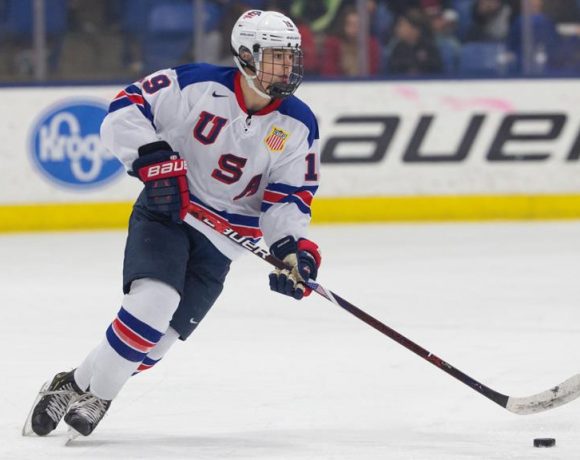 The Children Better Be the Future, Cuz We Ain’t Got No Present – Alex Turcotte

You Share The Same Fate As The People You Hate – ’18-’19 Team Previews: Columbus Blue Jackets