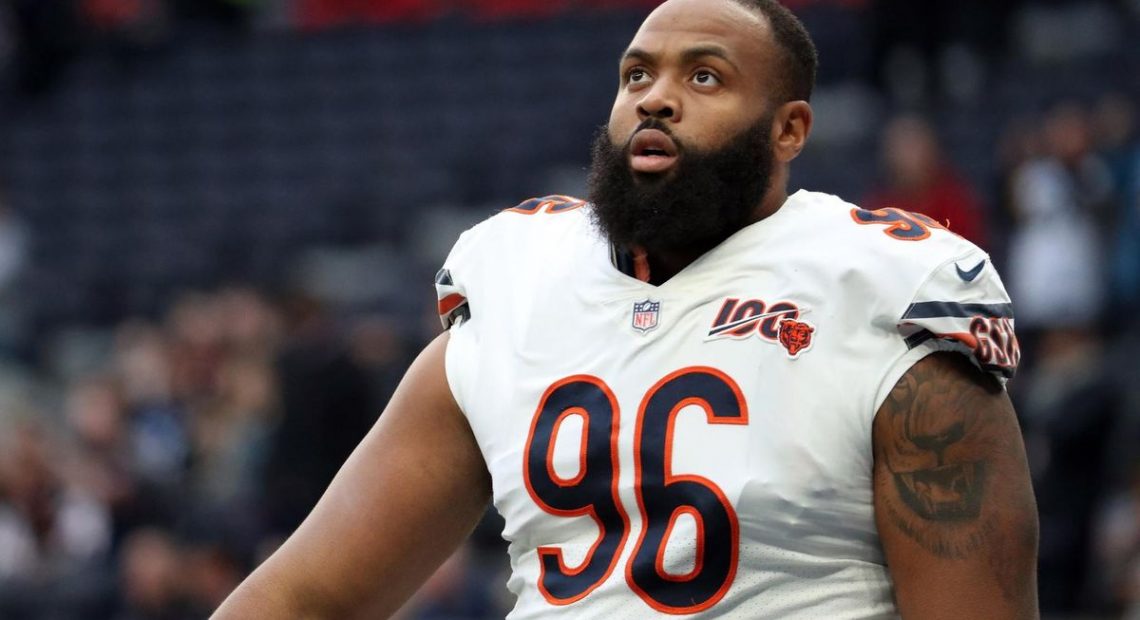 2019 is gone and we’re happy to send a lot of the Bears season with it. That isn’t entire the case when you get to the defensive line. The group started strong and battled through an in-season IR stint from team leader Akeim Hicks to produce one career year and plenty of positives to build on.

The Bears playing out of a 3-4 base and guys like Khalil Mack and Leonard Floyd being considered outside linebackers can make this group a little under-appreciated and overlooked on Sundays, but of all the units we’ve been through/still have to go through the DTs might have the best marks on the season.

I would confidently call this unit the best on the team if not for that eight week Hicks absence, the one that kinda sorta kicked off the mid-season spiral to hell…

Nick Williams had himself a career year at the old (NFL) age of 29. The fifth year veteran hadn’t even dressed for more than five games in a season since his rookie campaign (and even most of the 14 games from that year came via special teams work), but his 2019 saw him arrive in a big way. Williams entered the season with zero career sacks, zero turnovers or turnovers created, zero passes defended and all of 18 tackles over four seasons. His 2019:

So he nearly quadrupled his total tackles, added his first six sacks and his first two fumble recoveries for his entire career in his fifth season. Williams did his best to keep things churning along as the team dealt with long absences from Hicks and Bilal Nichols, but unfortunately his efforts weren’t enough on their own to save the team from the losing streak that sunk the season. Still, Williams at least did enough to get himself paid after taking the minimum and bouncing around the league for a few years (probably outside of Chicago), and we can all be happy about that.

While the team as a whole struggled to put pressure on opposing QBs all season, the D-Linemen accounted for 10.5 sacks among themselves and that’s with Hicks playing a mere third of the season or so. Toss in another dozen or so tackles for loss and you’ve got yourself a pretty steady, rounded rotation. The problem was not enough of the other groups on defense could match the consistency or

Williams having a career year was not simply because he announced himself in training camp and stormed out to rule the season from day one. The Bears saw injuries to Hicks and Nichols very early in the season, forcing Williams into a lot of action starting in Week 2 when Nichols broke his hand. Roy Robertson-Harris (2.5 Sacks, 30 tackles) took advantage of the additional playing time as well, not to the tune of Williams but enough to be noticed early as another possible gem found by Pace along the defensive front.

This all quickly went out the window when Hicks left the Week 5 London game and didn’t return until December. For all the positives this group accounted for and next-man-up abilities, missing Hicks shone brightly. Many of the accolades discussed for Williams and Robertson-Harris came early in the season, as neither standout recorded a sack after Week 10. Eddie Goldman is a fine young nose tackle, the type of guy you hardly notice in a good way, and he was impacted by the Hicks injury with his arguably his worst overall season after signing a nice extension last year. Goldman posted his lowest tackle and tackle for loss total in three years and his lowest sack total (1) in his entire five year career.

The long and short of this is that Akiem Hicks is a massive force for this defense, and without him the whole system damn near collapses around itself.

The team will return a hopefully healthy Hicks and Nichols, Goldman, and holds RFA status on Robertson-Harris. Ryan Pace hasn’t ever gone over an original round tender on an RFA (See Cam Meredith and Bryce Callahan), but with Williams surely gone and a few warm bodies left behind him it probably stands to be worth the additional $1.13M to slap a 2nd round tender on Robertson-Harris and ensure a strong severance should someone want to sign him away.

The real key is making sure Hicks and Nichols are healthy and ready to start 2020 and that they stay that way. If we learned anything in 2019, it’s that Hicks stirs this drink on defense. The EDGE rushers are better with him causing chaos in the middle of the line, which  makes life on the ILBs and secondary easier and leads to many more turnover opportunities and so on. Even with strong replacements on the roster, no one is Akiem Hicks, and it turns out that’s something this Bears team really, really needs.