John Tavares And The “Home” Team 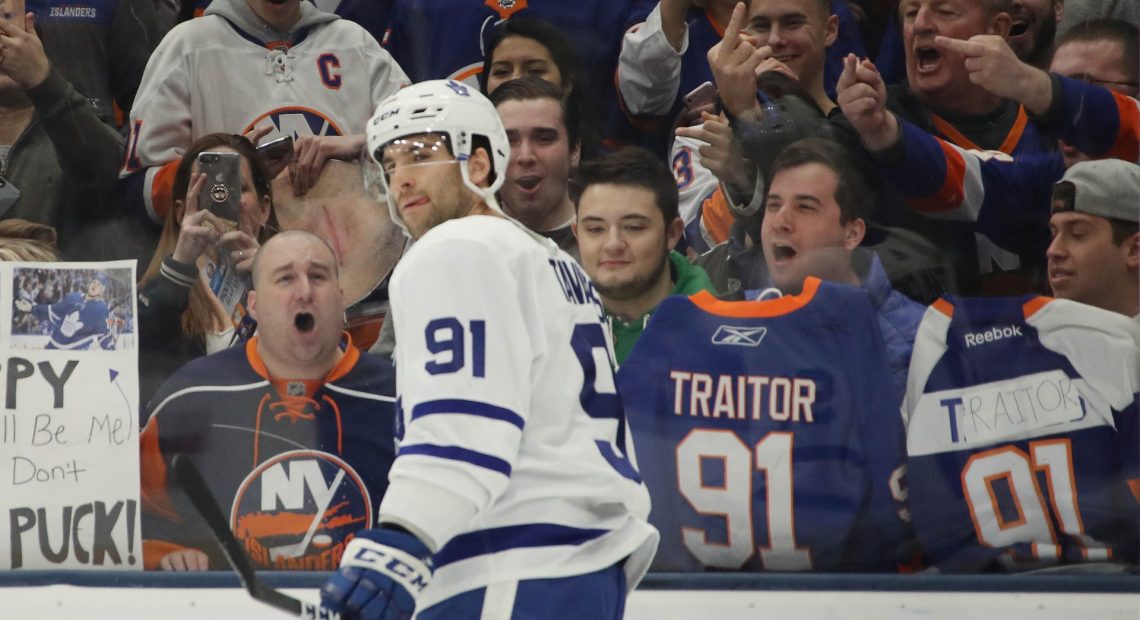 It was hard to take your eyes off of the Leafs-Islanders tilt last night. Or more to the point, it was hard to take your ears off of it. What the cameras showed was second to the sheer noise throughout the game, which vacillated between pure bile, utter ecstasy, and the very definition of schadenfreude. All of it served at a volume to that kept you looking up every few seconds and seemed to ooze from your TV into something physical. It was the kind of atmosphere that drew us to this silly little game in the first place, the kind probably only possible in a downsized dump like Nassau Coliseum that’s still something excavated out of the 70s or 80s. And yes, I realize it’s been redone in the recent past but it’s always going to be a dump, and that’s true to those who hold it dearest. That’s kind of the point.

I wouldn’t expect Islanders fans, or really anyone on Long Island, capable of rational thought, especially on a night like yesterday. This was a date they had circled since July 1st. Their team’s face–the one most responsible for their fortunes for near a decade–had left and there’s no way to not feel stilted by it. He wasn’t forced out (at least not intentionally), but had a simple choice and didn’t choose them. You could hear the pains of rejection spicing every chant and yell last night, because no one in any capacity wants to be told they’re not good enough. In sports, and sometimes in life, it becomes an inward coil to celebrate, defend, and even attack outward with what you are, what makes you unique, and why you don’t have to apologize to anyone. Fuck, half of being a New Yorker is not apologizing to anyone, and carrying that attitude as far as it will go.

And yet I couldn’t watch last night without contrasting it to Mark Lazerus’s recent article in The Athletic about how players are no longer fans. To summarize, basically professional athletes work too hard and are too busy to follow the teams they did as kids, no matter how strong that fandom was (and for the most part, they were the same fans you and I were at that age). In addition, being inside the ropes means they know what really goes on, and they don’t feel comfortable adding to what their colleagues in the sport or others go through. They just can’t see it the same way we do, which is obvious but also easily forgettable.

Most fans, if you catch them on the right day, know that players don’t feel the same way we do. Hockey still holds onto that fantasy tightest, and perhaps Jonathan Toews hated dealing with David Backes regularly as much as we did (we know he hated dealing with Ryan Kesler as much). The way hockey pushes “rivalries” shows you how desperate the game and league are to make you believe that it matters to them differently than those in other sports. But to Toews, those were professional concerns. That would have happened whatever color those players were wearing. We want to believe they feel the same emotions about opponents or victories or losses as we do, but we know they don’t. We know they can’t. Their job would be near impossible if they did. We live with that most of the time, but at a given time in the right circumstances and it can rankle some. Maybe all.

Maybe I’m suckered in by the press campaign, but it’s hard not to see this picture that Tavares himself tweeted out when he signed in Toronto and not feel something: 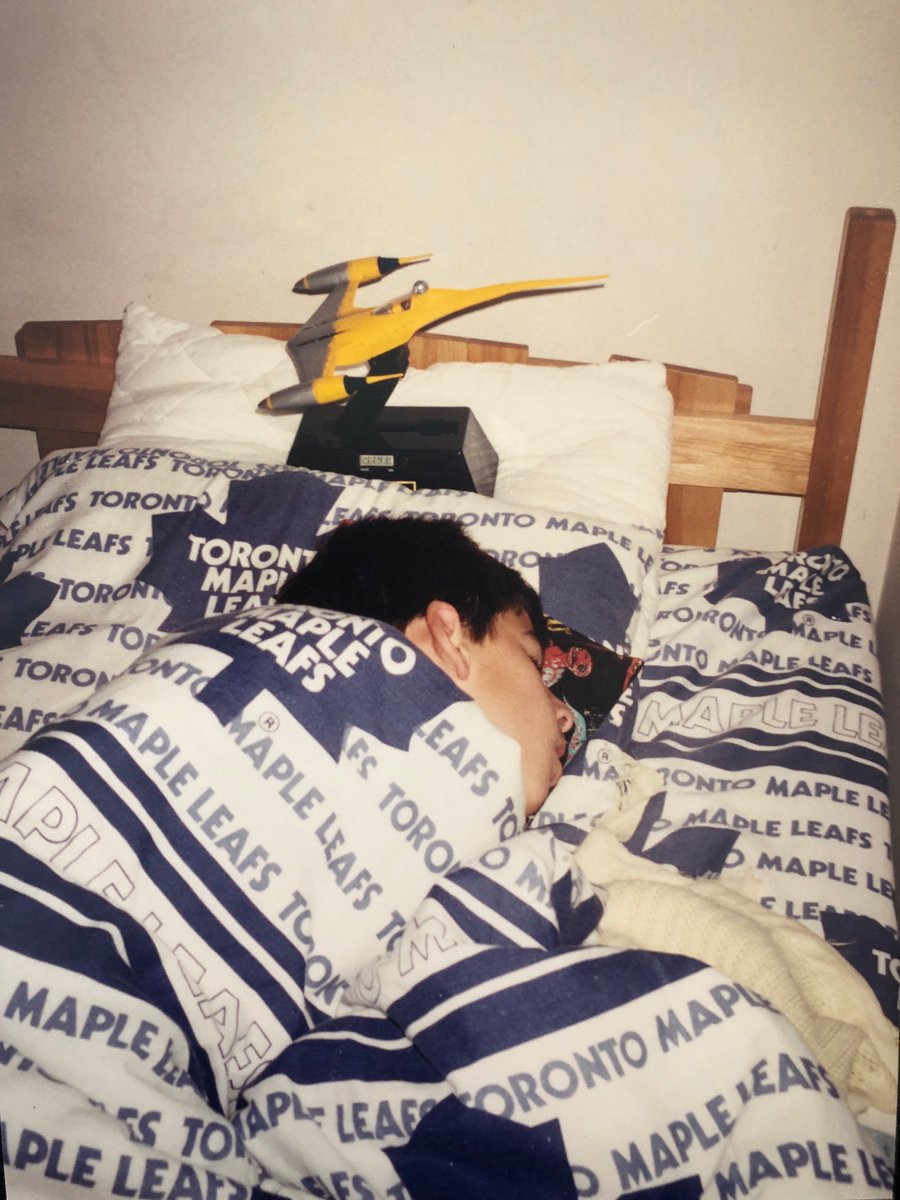 Maybe it was just pandering to a new fanbase. Maybe Tavares’s fandom died out long ago after nine years an Islander and a couple before that as a big-time prospect. But still, if you’re playing a kid’s game, the kid within you can’t have died out completely. And that kid dreamed of being a Leaf all his life, every day. For once, we got to see a player live out the dream we probably still have within us but know will never come true. We know it, but we don’t entirely feel it, and I know this because even in my mid-30s (barely) I still hope to play second base for the Cubs one day, with the tiniest shred. And yes, every so often you’ll catch me at home alone, still working on my stance, because you just never know. To completely erase it means yet another part of childhood is gone and soon forgotten, and who the fuck wants to do that?

Sure, you could look at it coldly and see the Leafs offered a ton of money, and though they weren’t the only ones, they were probably the best team doing so (the Sharks didn’t have Karlsson yet). Perhaps the affinity in his past didn’t matter. And yet it’s hard to conclude that totally. Something within Tavares lured him home, even with all the perils of playing in Toronto offers. For once, even for a glimpse, a player felt like we did. Sure, it only really benefitted Leafs fans, which is awful, but we all understood on some level.

Islanders fans, whether they like it or not, understand that on some level. They understand that for Tavares, even their best, even the connections they’d made over nine years, weren’t enough. There was nothing they could do to compare. And that probably made it worse, which is what made last night probably so cathartic. There is no comfort in the things you can’t change, and the temporary relief of lashing out at them seems like the only choice.