Is This The Realia Life 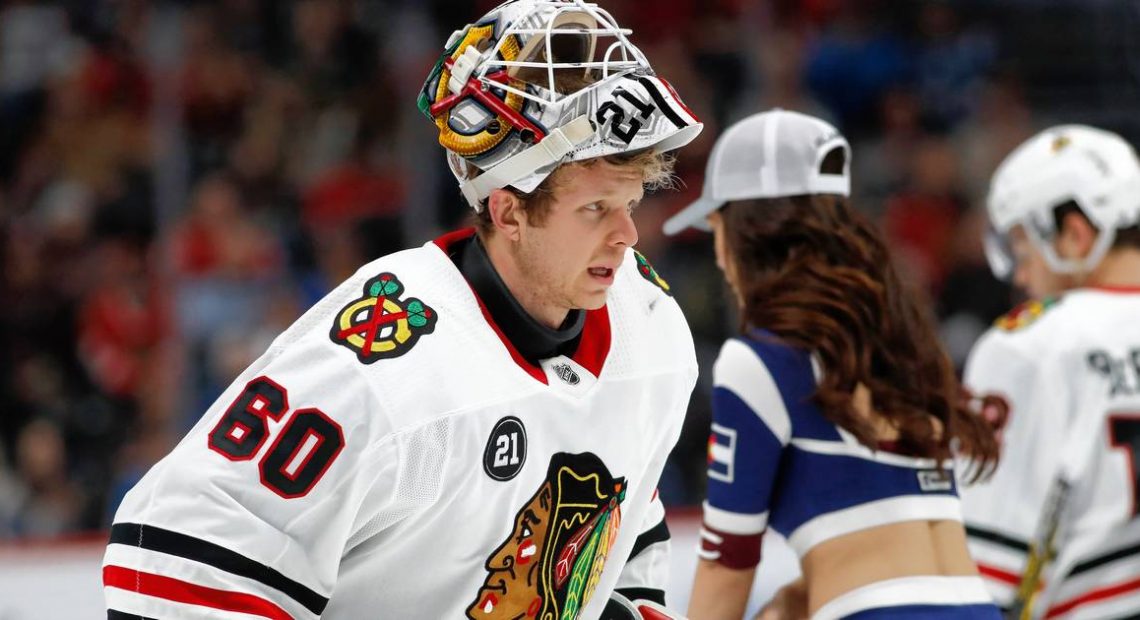 One of the last remaining aspects of this Blackhawks season worth giving a damn about is the play and development of Collin Delia, who has worked himself into the conversation as the potential Corey Crawford heir. Were that prospect to come to fruition, it would be a rare bright spot in this season and carry the potential to accelerate the Hawks’ eventual return to relevance, even if they end up missing out on Jack Hughes, Kaapo Kakko, and/or Erik Karlsson in June.

It’s no secret and certainly not difficult to see that the NHL has become a goalie’s league, even moreso than the NFL is a quarterback league. It’ll never get proper recognition, and hockey playing 4th fiddle in the US will play a major role, but at this point NHL goalie has become the most important position in sports. Sure, quarterbacks get the praise and attention, but NFL teams can have success even with below average or even bad quarterbacks – The Ravens and Cowboys won their divisions on the strengths of their defenses this past season, and some would make the case our beloved Bears fall in here, too.

Of course in the NHL it’s possible to make the playoffs without an elite netminder, but that’s just cuz more than half the league makes the playoffs. No one goes anywhere come April without top level goaltending. Look at the top-4 from last year: Braden Holtby, Marc-Andre Fleury, Andre Vasilevski, and Connor Hellebyuck. That’s a top-3 goalie, a Cup winner, and two of the best goalie prospects from past few years who were finally coming into their own.

So that brings us back to our Irish Boy, who has only played 10 games so far and has been equal parts incredible and terrible at time. Look no further than that mid-day game two Sundays ago against the Capitals – he made at least one save he shouldn’t have, probably two or three or more you didn’t think he would, and was mostly solid throughout. But if you had just watched the goals he gave up, particularly the first two, you would’ve wondered how his ass didn’t get pulled.

His numbers tell an encouraging story – he’s got a .936 save percentage at 5v5, which is good enough for 8th among NHL goalies with 300 minutes played in the situation (Natural Stat Trick doesn’t let me do games played). He’s also got a crazy .927 shorthanded, which is really something behind that PK unit. That’s second-best in the damn league. Add in that he’s managed not to royally screw up when the Hawks are on the PP and you have his .923 overall, which is good. Even along with that, he’s got a GAA of 3.00 because the Hawks blue line is a mess.

Obviously all of that comes with a rather large grain of salt given that he’s played just 10 games. There’s a lot more to be shown here, but the early returns are clearly encouraging. The question is if it is going to end up meaning anything.

I wrote last week about how I still think the Hawks should go about tanking in whatever fashion they can (though it won’t look exactly like a tank given what they have to sell off), and touched on how Delia represents a really hard Catch-22 situation. He’s unlikely to be able to keep playing at the pace he’s been at so far this year without some good fortune, but assuming he does so there’s a good chance he could ruin your shot at Hughes. If he does that and ultimately proves that’s who is, it’s fine. If he does that and next year comes crashing back to earth, you’re still in a precarious spot.

Meanwhile, if he crashed back to earth and you get Hughes, that’s fine, but would it result in the Hawks abandoning hope on him being the franchise goalie? I’m inclined to believe they’d have more perspective, but I definitely don’t put it beyond a desperate Stan Bowman to make a rash decision like that given that his ass could be on the line next year. So if he really does have that top level ceiling and they give up on him, even if you have Hughes you are still in a precarious spot.

That being said, Delia does have a 3.00 GAA even with all those impressive save rates, and that’s because this team is ass. So, it’s possible he could still play well and this team could still be in pits of the standings come late March, and we have the best of both worlds.

In the end, the answer to the whether or not Collin Delia is the real thing is not going to be found this season. But he’s off to a good start and how the year winds down for him will be telling, and provide something for us to keep an eye on heading into next season. We just need the Hawks to not screw this up. What could go wrong?