Halfway There, All Along I’ve Been the Traveler – Corey Crawford and the Most Difficult Goodbye 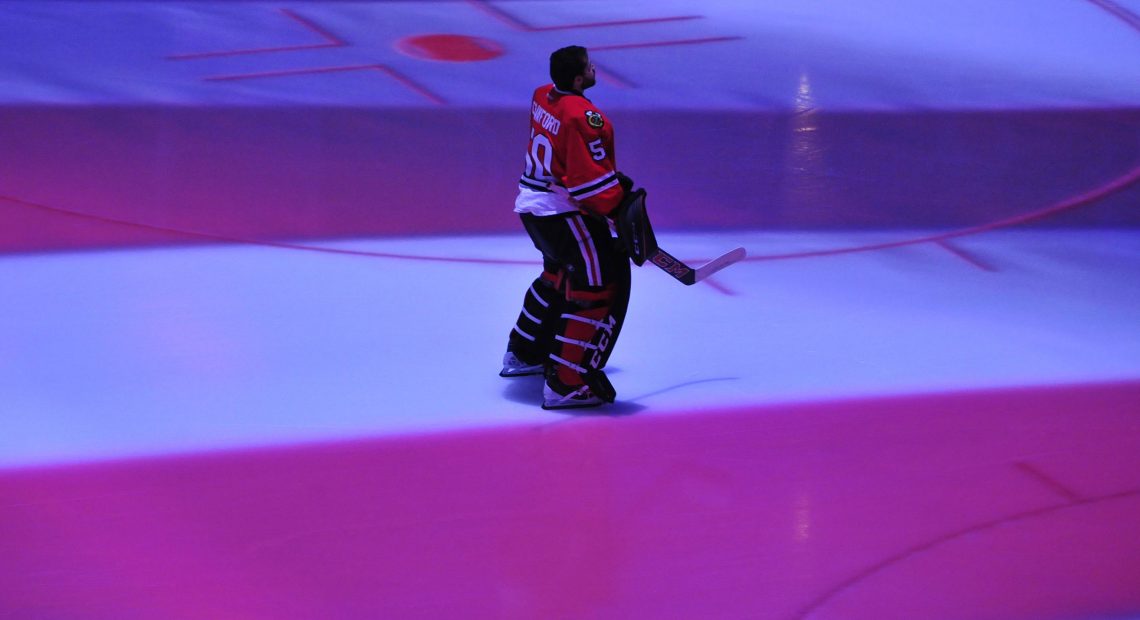 Last season brought a lot of things about the Blackhawks into harsh clarity, and perhaps none more so than the importance of Corey Crawford to this team. The Scott Darling Apologists all disappeared as it became painfully obvious that neither Anton Forsberg nor the Jeff Glass Experience was up to the task of covering for the Hawks’ shitty defense. And not having a world-class goalie behind them revealed just how bad the blue line really was, as we’re all too well-aware now.

So the lead-up to this season was heavily focused on if and/or when Crawford would return, and just what kind of player he’d be if he played at all. The fact that he was at Vezina level when he went down with a concussion in December 2017 only raised the tension—if he came back, could he play at THAT level again and potentially salvage this It’s-Tinkering-Not-A-Rebuild Hawks team that the front office kept trying to sell everyone? Could Corey Crawford redeem the Hawks in the present moment and leave last year as an anomaly?

Now that we’ve reached the midway point of the season, we know the answers to those questions, and they’re both a resounding no. With his latest concussion, thanks to Evander Kane being a total fuckstick, the Hawks have to move on to a future without Crawford, and it starts now, whether anyone likes it or not.

Before we go any further, let me just say that yes, Crawford could conceivably come back this year. Maybe just maybe he recovers quickly. Concussions are strange and recovery times vary wildly. There have even been murmurings on Twitter from the team saying he’s around, but Coach Cool Youth Pastor doesn’t know about a timeline. At this point though, such chatter seems to me like the Hawks’ feeble attempt at bullshitting people, like a lazier version of the nonsense they peddled late in the offseason when they talked openly about Crow returning, despite this being a surprise to the player himself. 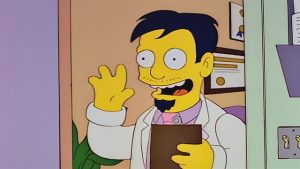 Anyway, even if the Hawks dug up some Dr. Nick Riviera to medically clear Crawford, for the good of his health and the Hawks’ future, Crawford shouldn’t play again. Let’s start with why this is best for Crawford.

It’s become increasingly clear that concussions and repeated brain trauma have devastating effects including higher rates of depression. Concussions are reaching the level of carcinogens, where no amount of exposure is safe, but recent research is also showing that it’s not just concussions but general head trauma and hits to the head that multiply the risk of CTE (chronic traumatic encephalopathy), a fatally degenerative disease.

Crawford has now sustained two concussions in a year, and the first one was obviously pretty fucking bad to keep him off the ice for 10 months. Now, I’m clearly no doctor—not even Dr. Nick—so I can’t say what is going on with his brain cells or what will happen or what his prognosis is. I’m not even trying to. I’m just laying out established studies that all say getting hit in the head a lot or getting concussed is bad.

With the medical facts being what they are, athletes (in football, hockey, whatever) need to weigh the risks versus the rewards when it comes to playing. That can pertain to any injury, but it’s particularly relevant with the risk of traumatic brain injuries, which are by nature different than blowing out a knee or breaking a bone since recovery is uncertain and CTE can’t even be diagnosed until after death. It’s a different level than fucking up a knee and never quite walking normally again—you can still walk in that situation; your brain doesn’t heal and move on in that way.

Crawford turned 34 today—not exactly an old man by non-sports standards, so one would hope he’d have a number of years left. The quality of those years (not to mention the quantity) can be jeopardized by the potential for lasting damage due to multiple concussions and brain injuries. Is it really worth it to put your brain and potentially the rest of your life in danger to help out a dumpster fire of a team, particularly one that you’ll probably only play another year with? I hope that Crawford himself responds with an emphatic “no” to that question.

Sure, he could get traded somewhere, maybe some good team seeing as nearly all of them are better than the Hawks but again, in your mid-thirties, how many playing days are left? And is the slim chance of success worth the risk, after you’ve already accomplished so much? I’m not a professional athlete and I certainly can’t comment on the delirium of winning, but this seems like it’s an open-and-shut case to say no, and walk away.

OK, so why would it benefit the Blackhawks to move on from the guy who is one of the most valuable goalies they’ve ever had, if not THE most? It’s because the reality of the situation laid out above will make itself felt eventually, and the Hawks have to be prepared. Even if Crawford magically recovered and came back in a few weeks, he still celebrated that birthday today and assuming he could go for 12 consecutive months without another injury, he’ll be 35 in a year’s time.

If things had been different I would say without hesitation that he would have Lundqvist-like longevity (I enjoy alliteration, fuck off), or Tim Thomas-like success getting a late-career Cup (although obviously Thomas was a nobody early in his career and it’s not an apples-to-apples comparison but you get what I mean).

But things didn’t turn out differently. They turned out like this. When he first came back this year, there were flashes of the Vezina-quality goalie who got hurt late in 2017. It was probably adrenaline to a degree, and he cooled off to human levels while the still-putrid defense did him no favors. Crawford is currently sitting with a .902 SV% and 3.28 GAA in his 26 games this season.

Assuming he came back from this concussion, one would have to expect a similar performance, maybe slightly better, quite possibly worse. Aging and injuries piling up doesn’t bode well for returning to league-leading form. The defense isn’t going to turn things around in a meaningful way in the immediate future, and only by a small miracle will things be better next year. And then his contract is up after that and you’ve got a guy in his mid-thirties who is a shadow of his former self, and you’re a dick if you let him go but you can’t overpay another fading star just for nostalgia’s sake.

So it’s time for the Hawks to find their next long-term goalie, and it’s entirely possible that Collin Superfluous-L Delia could be an NHL-caliber player. It’s way too early to say that for sure, but so far, with the smallest of sample sizes (3 games), he’s got a .957 SV% and 1.66 GAA. Those numbers will undoubtedly move in the wrong direction eventually, but he’s earned the right for the full audition.

So whether or not Crawford comes back, the team needs to play Delia and figure out sooner rather than later what he’s going to be, even if what he’s going to be is just a nobody. Because if Delia really is just a clod, then all the contract machinations swirling around this team get another element added, as the Hawks would need to hit the market for a legitimate starter, not fucking Cam Ward or another of his ilk. The entire team is affected by what happens in the crease, so dithering over this issue will only delay any improvement or rebuild or whatever the hell you want to call it.

End of the Road

No matter what happens, the organ-I-zation needs to do right by Crawford. They owe him so much that if he requested that Stan Bowman go streaking through Millennium Park in zero-degree weather as a joke, they’d better make it happen. But both the player and the team need to admit to themselves and the fans that their futures diverge from here, and that’s better for everyone. It’s been a helluva run.