Half Way There, All Along I’ve Been The Traveler – The Power Play’s Recent Resurgence 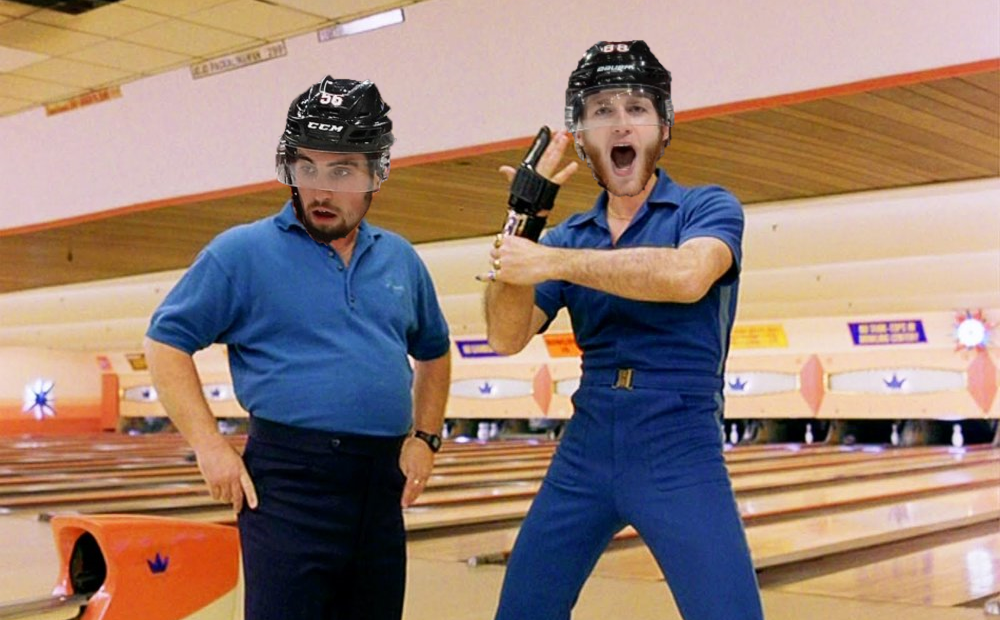 One of the most baffling things about the Hawks during The Core’s 11.5-year run together has been the overall underperformance and at times downright putridness of the power play. With all of the scoring threats the Hawks have had since the 07–08 campaign—Kane, Toews, Hossa, Sharp, and DeBrincat, just to name a few—the Hawks have finished in the Top-10 for PP% just three times. In each of their Stanley Cup campaigns, the Hawks finished 16th, 19th, and 20th in PP% during the regular season, respectively. Their best finish came in 2015–16, when the Hawks finished second in the league. You might recall that as the year Patrick Kane scored 17 PP goals (T-2nd in league behind Ovechkin) next to Panarin and won the Hart, Ross, and Pearson (Lindsay).

Over the last year and a half, though, it’s looked dismal even by the Hawks’s underwhelming standards. For reference, last year they finished 28th, and they currently sit at 24th this year. But this year’s bad ranking was much worse just a few weeks ago, when the Hawks power play ranked dead last (31st).

Things have begun to look up recently, with the Hawks catapulting seven spots. But why?

For context, let’s first compare Time on Ice Per Game on the power play for the Hawks’s top time-getting defensemen between Quenneville and Colliton.

Right off the bat, you can see a huge difference in how Colliton uses Keith on the PP vs. Quenneville. We’ve been screaming in the rain about how Duncan Keith is not and never has been a good PP QB, and it looks like Colliton agrees. Since taking over, the Hawks have leaned primarily on Gustafsson and Seabrook in the QB1 and QB2 roles.

Now, let’s do the same for the Hawks forwards who tend to see the most time on the PP:

Both coaches used Kane, Toews, DeBrincat, and Schmaltz primarily. The biggest differences in terms of time were that Colliton has used Anisimov much less and replaced Schmaltz with Strome. There’s a frustrating dip in DeBrincat’s time under Colliton, but over the last six games, that number is closer to 3:20, so it may have just been Colliton trying things on. (John Hayden was on the PP for a while under Colliton. No, really.)

Essentially, Colliton has preferred Gus to Keith and Strome to Anisimov, quite rightly.

Now we have an idea about the big changes Colliton made (less Keith and Artie, more Gus and Strome). Let’s dig into the more recent success the Hawks have had on the PP. Check out the splits between the PP1 (Gus, Cat, Toews, Kane, Strome) and PP2 (Seabrook, Keith, Artie, Saad, Kahun) units over the last six games, which is when the PP started clicking:

Colliton has really relied on his PP1 unit over the last six games. So that’s one piece of the puzzle. But that sure as shit doesn’t explain it all. Next, we’ll look at the difference between Kane–Seabrook and Kane–Gustafsson as a combo to determine whether who QBs for Kane matters.

In isolation, it sure looks like simply having Gustafsson out with Kane regularly is far more effective than having Seabrook with Kane regularly. They’ve put up two more goals in six games than Kane–Seabrook did in 19, and the high-danger chances for are quickly catching up in a fraction of the time.

The only team ahead of them over that span is Pittsburgh (40%), who is sixth in the league and benefited from a 4/4 night against St. Louis on 12/29. What an outhouse that team and city is. The next closest teams over a similar span are Florida (35.3%), the third-best PP% team in the NHL, and Boston (33.3%), the fifth best.

But how do all of these numbers fit into the overall gameplay? One of the crazy theories we had earlier in the year was that the Hawks PP was struggling because of Kane, not despite him. Compare these two clips:

This is a clip of a Hawks power play against Vegas on 12/06. Notice how long Kane spends with the puck (“Carmelo-ing” as Fels calls it) in both instances and how it allows Vegas’s PK to set up, leaving only low-danger perimeter shots for Seabrook and DeBrincat.

This is a clip of the Hawks power play against the Stars on 12/20. Rather than playing with his dick on the boards, notice how much more movement Kane creates with Gus at QB. The Stars now have to focus on both Kane coming off the half-boards and Toews in the high slot. The biggest difference here is that Gustafsson can move farther than five feet in any direction, unlike Seabrook in the previous clip. With DeBrincat and Gustafsson cycling, Kane doesn’t have to make everything happen by himself. It also lets him move into higher-danger spots, such as when he skated to set up the slapper in the spot that DeBrincat was once in (DeBrincat cycled to the point while Gus took Kane’s usual spot).

Another wrinkle between the two set ups is how Colliton uses Toews. In the first clip, Toews rarely stayed put in the high slot, instead roving around the lower portions of the ice. This “movement” was less strategic and more moving for the sake of moving. Note how no one on Vegas pays much heed to Toews.

In the second clip, Toews tends to stay in the high-to-mid slot. After one retrieval behind the net at the very beginning of the clip, Toews never strays past the dots or lower than the blue paint. In this set up, Toews is a threat to either (a) tip a shot, (b) sweep in a rebound, or (c) set up in the slot for a wrister or a one-timer. By cutting unnecessary movement out, Toews makes himself a threat and gives Kane, DeBrincat, and Gus more real estate to work with.

While both of these set ups came under Colliton, you could easily mistake the first clip for a Quenneville set up. It may have just been a matter of time and experimentation, but once Colliton put Kane and Gus together on the PP1, things started to change.

It took a little over a month, but Colliton has done three things to improve the power play:

2. Put Gus with Kane at nearly all times.

3. Set Toews in the high slot and reduced unnecessary movement.

When you consider how much movement the Hawks PP has created over the last six games, the reason why the power play looks and is more formidable is likely a function of Gus’s skating ability and risk-taking. With Seabrook, the onus is on Kane to make plays because all Seabrook can do anymore is pound slappers from the point. That’s fine and all, but it’s a huge waste of Kane’s toolset. It forces everyone to play more conservatively, Kane included, because the point man in Seabrook needs cover and can’t create movement by himself. His passing can’t save him, basically.

Gus is more willing and able to make high-wire passes and plays because of his relative speed, decent vision, and the ways he takes advantage of Kane’s preternatural offensive skill, as we saw on Kane’s first goal against the Wild on 12/27. His aggressiveness and ability to cycle with Kane and DeBrincat, coupled with the threat of Toews in the high slot, open up more lanes for both good passing and shooting, rather than the dull perimeter passing they’d get with Keith and Seabrook.

While six games do not a power play make, the Hawks are trending in the right direction, and it looks like all it took was someone for Kane to perform with. The rub here is that you’re relying an awful lot on Gus not to do outlandishly stupid things, which is a coin-flip at best. Nonetheless, the results are clear:

1. The Kane–Gus combo has produced six of the Hawks last seven PP goals over six games. It took the PP 35 games to get to 12 goals prior to this combo playing regularly.

2. Since making Gus the QB on the PP1, the Hawks have the second-best PP% in the NHL, behind only Pittsburgh.

The sample sizes are small, but promising. If nothing else, it’s a relief to watch the Hawks PP do something, anything, other than suck out loud, even if it’s only for a little while. But the way the stats flesh out and the PP looks on the ice, this might be what the PP is now.

Stats compiled from hockey-reference.com, NaturalStatTrick.com, and nhl.com. Stats current as of 12/30/18.