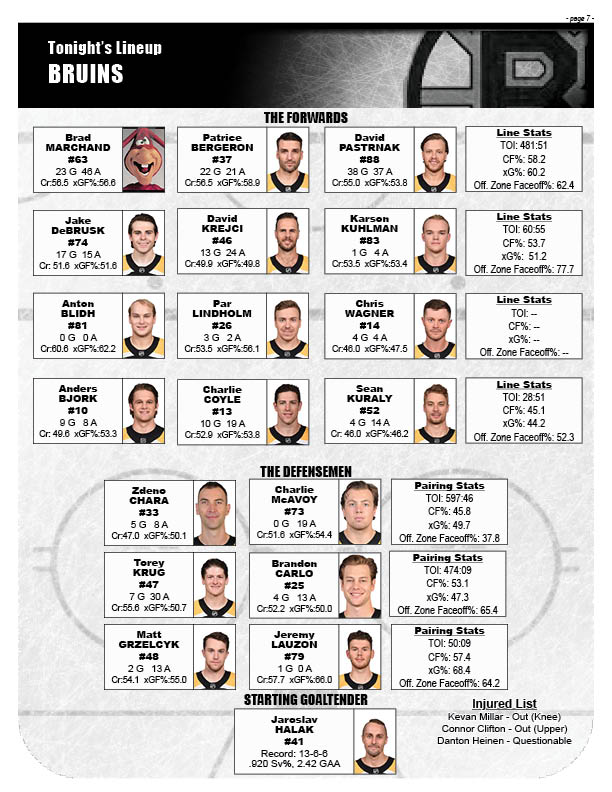 Notes: You’ll be shocked and in no way entertained by the fact that this is David Baceks’s third game of a three-game suspension for being a dumbass. This has thrown everything below their top line into even more of a mush…Rask hasn’t been as good as last year and has been outplayed by Halak for the most part, but he still is the #1 so he should get the call…not one of the Bruins d-men have played every game…Krejci’s production is the real miracle because he’s played with everyone and none of them are any good…

Notes: If you want to throw something after seeing Ward start, we don’t blame you. There’s no excuse for it other than Coach Cool Youth Pastor is terrified of telling any veteran player something they don’t want to hear…you’d think Murphy and Dahlstrom will draw the Bergeron line assignment, as would Toews…we bitch about Anisimov but that line in producing…Sikura went back with Top Cat in Colorado but lost out on some shifts to a double-shifting Kane…Caggiula couldn’t sort out his visa things in time to practice yesterday, so we’ll guess his debut comes Thursday against the Islanders… 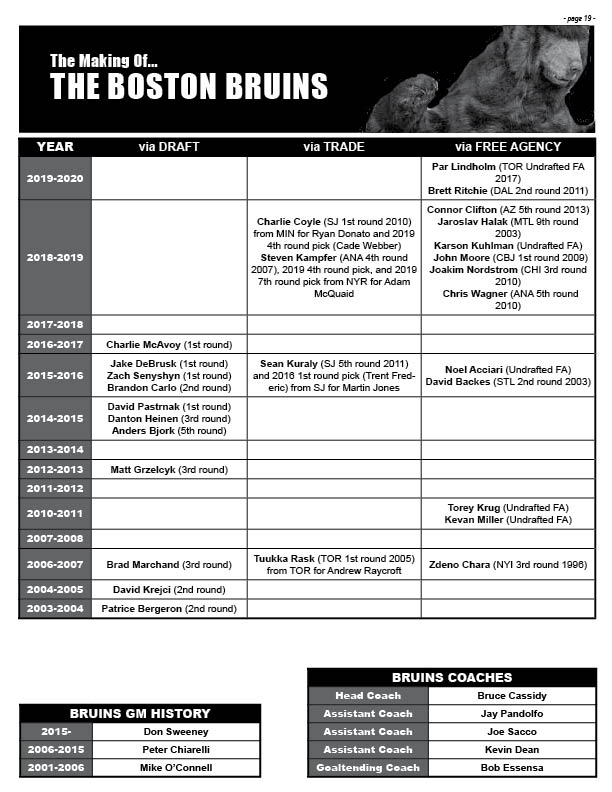