Game #81 – Blues vs. Hawks Preview, Irish Wake – The Thud And The Echo 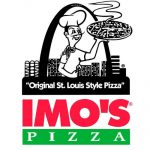 And so it’s come to this, the home finale where the only thing left to do is to shit all over the the Blues and what remains of their playoff hopes. And that might be all right if just for tonight.

Despite their best efforts on Wednesday night to Blues all over themselves, because the Avalanche could not salvage even a point against the Sharks last night, their season will still come down to tomorrow night in Denver at the pop can. Tonight is the Blues’ game in hand against the Avs, and a win of any kind will get them the inside track for tomorrow, particularly in regulation, as both the Avs and Blues are locked at 40 wins on the season for the first tiebreaker.

That’s not to say that having literally everything more to play for means a whole shitload to this team, who saw its general manager throw a pissbaby fit on a national broadcast when Keith’s winner went in with 8 seconds left along with the entire bench look like it was crushed by a Monty Python foot in unison at that exact moment. The quotes coming out of the locker room in the aftermath were no better, as Brayden Schenn remarked that the team even hit the ice to start the third scared, even in a game they had mostly controlled up until that point, and only had to manage a draw in 20 minutes of hockey against whatever this current conglomeration of Hawks might be. But when Jay Gallon is going to shit his pants as he has done so regularly throughout the course of this year- a .906 overall, .918 at evens, and an .897 since the start of March), these kinds of things are going to happen. And now with a back to back on the road to close out the season, the options go from bad to worse with either needing to play Allen both times, or trot out the suddenly human Carter Hutton with the season on the line. Basically this is going to require Vlad Tarasenko to decide on his own that he’s had enough of this shit, and given his track record against the Hawks, him doing so is a very real possibility.

As for the Men of Four Feathers, Jonathan Toews will remain out, as is the prudent decision regardless of what his current upper body injury actually is, even if it’s pretty clear it’s yet another concussion. Tomas Jurco may also sit out tonight with a back issue, and that could result in the Hawks dressing 7 defensemen, and Alex DeBrincat having to make even more chicken salad out of chicken shit on the fourth line. ADB is within very realistic striking distance of 30 goals on the year having potted his 28th on Wednesday, and while it’s an arbitrary milestone to get to, it’d certainly be a nice mark for the back of his hockey card, and portends big things for the diminutive winger in the future. J-F Berube will likely get the start tonight as the Hawks have made it clear they’d like to feed the Blues a nice big shitburger about their playoff hopes, and as sad as it is to admit, he’s a far better option that Jeff GL Ass.

Common wisdom would dictate that the Blues would try to come out flying tonight to try to get an early lead and sit back on a depleted Hawks squad, but given how backbreaking Wednesday was, and they don’t have the Slobber Squad they used to, that might not bet the case tonight. In either event, incredibly substandard goaltending will dictate whether or not a team has a chance at making the playoffs or not. Drink up.