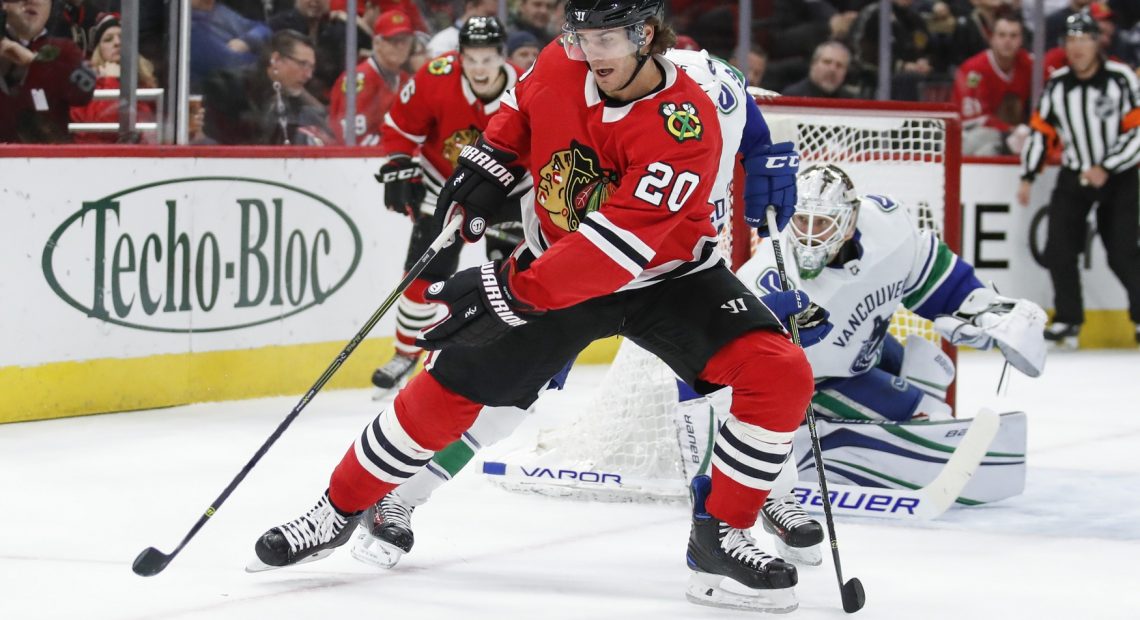 This one was a real shit show, and that all started this afternoon before the game even started. I have some questions. Let’s get right to the bullets:

– So let’s get to the one that I think is the most glaring: what the heck was this lineup? Please don’t get me wrong, I know that with Toews out with an “upper body injury” aka getting his offseason started a bit early, there aren’t a lot of really good options available. But why aren’t you just top-loading then and putting Top Cat and Kane on the wings of Schmaltz? With Toews and Duclair out, you really only have 4 players worthy of top-six minutes – these three and Saad. You’re out of the playoffs already, and the league is trending toward the top-heavy lineups already. There’s no value in “depth” or “balance” in your lines at this point. Even though it’s just the Canucks, let your two young guns – who are the future of your forward group, by the way – take on the top competition with your best player and see what they can do.

– My next question: Why are we still trying this Oesterle thing? His contract is fine, of course, but that’s only because he had done jack and shit before getting here. He’s been actively bad all year. I guess I sorta see the goal in pairing him with Murphy, who has been good, and hoping it evens out, but I’m just not sure what Oesterle is giving you that Dahlstrom’t or Forsling didn’t, and those two are obviously going to be more integral to the future success of this team than Jordan Fuckin’ Oesterle. Nothing to play for, so why not just claim Keith is hurt, use an “emergency” recall for Forlsing, and use him in that role instead and see what happens? Yes I know Keith probably wouldn’t play along. Put some legos in front of his locker or something.

– Thirdly: what’s your best guess on career NHL games played for JF Berube after this season? Because teams often get desperate for backups, I’ll go optimistic and say he probably gets another two or so years to see if he can be that. Which will be hilarious for whatever team that is (it’ll be this one) because he is very clearly NOT that. I’m setting the over under for him at 55.5. What do you got?

– I’m out of questions, but I have some more thoughts. Sam put on Twitter tonight that sitting Toews is the best outcome for the pro-tank people, like myself. That’s pretty obvious. The only way it could get more tank-y would be to sit Keith as I said before, or maybe Kane, but I doubt either wants to play along, and I certainly am not about to give Kane any longer of an offseason than he deserves (don’t forget, we’re three years since his last act of menace, so we’re on pace for another one). But I’m not sure how much actual value is in that. Even if you get to 4th-to-last place, you’re only improving your draft odds by about 1.5%. Maybe giving Keith the rest is worth it, if he wants it, but I think even with him in the lineup this team is bad enough to slip, and teams like Detroit, Monteal, and Ottawa will probably fuck up by going on a run to close the year out. So basically what I’m after here is, leave Toews out, see if Keith wants to sit, and start praying to whichever diety you follow that the ping pong balls go our way.

– To close out on a high note, I want to wish my sincere congratulations and well wishes to Eddie Olczyk on him kicking cancer’s ass. Having a few family members who have done it, as well as a friend and co-worker here in Rose, it makes me happy as hell to hear every time someone tells cancer to get fucked. I am very happy for Edzo and hope for only good health for him in the future. And on a selfish level, the less Steve Konroyd we have to deal with, the better. Fuck Cancer.