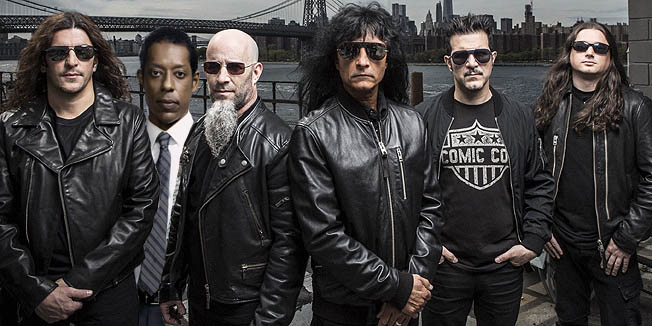 For the final time this year, we pick up our torch, arm ourselves, and head into the depths where Anthrax Jones lives.

Look, ain’t no one complaining about 87 points. But your large adult son Mikko Rantanen‘s pace did drop off in February and March from the ridiculous pace he was on. Anything to be read from that or just flattening out of luck a bit?

On a team as deep as a puddle in the Sahara Desert, I’m not sure it wasn’t just a matter of time before other teams threw their entire checking efforts at MacRanteskog. The Avs have ten players with at least 10 goals apiece, so the “LACK OF DEPTH, HUH” crowd has an argument, but that argument falls apart when you consider that five of the ten have either 10 or 11 goals, and none of Colin Wilson‘s 10 count anyway. It’s not the 1983 Islanders, kids. It also doesn’t help that Rantanen has spent 54 minutes in the box almost entirely due to careless stick fouls, including a punishing late-game high sticking penalty last Friday that cost the Avs at least one point to human sewage drain Corey Perry and the corpse of the Ducks.

That said, Rantanen’s game is still maturing, and it’s very evident that he still hasn’t put it all together yet. When he does, you’re going to need to spend two weeks training in Siberia with “Hearts On Fire” playing on continuous loop in order to shut him down. We’re getting there.

On the other side of the coin, Phillip Grubauer is on a real heater in March. Is this enough for the Avs to feel comfortable letting Varlamov walk in the summer and giving the job to Grubs?

I think the plan all along was to let Varlamov go at the end of this season, whether Grubauer came around or not. I think Jared Bednar is playing this perfectly: Grubauer is the short-term future of the Colorado net, with a chance to become the long-term future, and he should be getting the majority of the carries down the stretch in what’s still really a “practice year” for this generation of Avs. Grubauer has shown he has the ability to carry a team for stretches in Washington and now Colorado, which is essentially the same playbook Varlamov followed. The potential difference for Grubauer will be whether or not Bednar is able to build a coherent system around him, and the jury remains out on that one.

We asked you about him last year, but it still feels like the Avs are tapping their foot and looking at their watch when it comes to Tyson Jost…

By March of 2021, I could see myself looking at a stat line of 10 goals and 20 assists for Jost and be willing to admit yeah, this is just the player he is. I’m not there yet though, because every time I’m ready to accept that he’s probably not going to break out in any meaningful way, he shows me something good that lures me back in. The Avs sent him to the AHL over All Star break, and when he came back, he was a different player: more assertive, less tentative, and it made a visible difference in his overall game. My biggest concern with Jost isn’t his skill level or his hockey IQ, it’s the way he seems to struggle with the physical aspect of the game. At 5’11” 190, hes not the smallest player, but he seems vulnerable to guys who play him hard. He’s not shy about contact, but he more often than not finds himself on his ass when he engages. That’s not something that can be coached or taught, and maybe it’s something he can work on during summer training, but maybe it’s just not in his makeup.

Are they getting in? Does it really matter? What’s the way forward here?

It doesn’t really matter. If they make it, great! That’s more playoff experience for guys like Rantanen, Jost, Sam Girard, and Illinois legend JT Compher, guys who got a taste of it last season and seemed to improve as the Nashville series progressed. Plus, it would be our first chance to see Rockstar Makar in an Avs uniform, and it would be cool to see how he performs under an immediate spotlight.

If they don’t make it? Another potential high pick to add to Ottawa’s pick, which is absolutely going to turn into Jack Hughes or Kappo Kakko because god hates Ottawa’s fans and loves dark comedy. I’ve kept a level head this season, whether it was the early hot streak or the mid-season slumpmother, because the target all along has been 2019-2020.

And if we’re still in this position at this time next season, your boy is gonna be having a cow.