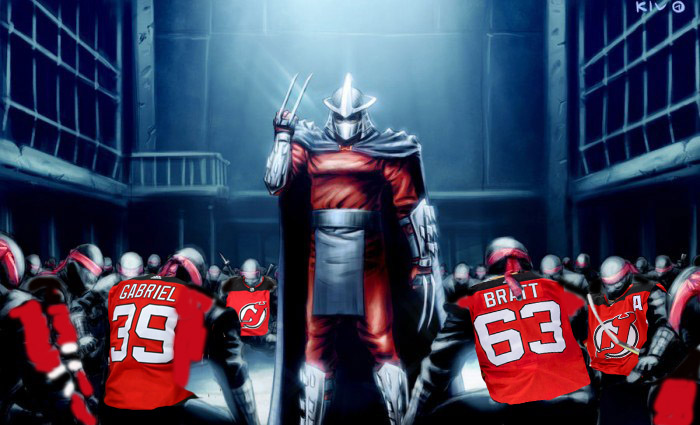 The thing about the Devils, other than a couple of d-men and a goalie who is now an Enterprise ad, is they’ve been just a collection of foot soldiers. They’ve been The Foot Clan. Interchangeable and unrecognizable. The best Devils forwards in recent memory have been Patrik Elias or Bobby Holik or Scott Gomez. All players whose defensive game gets talked about first. All players you wouldn’t recognize if they were pissing on your leg in the gym shower.

This iteration is no different. Sure, there’s Taylor Hall, and having one identifiable player is a major step-up for the Devils. But beyond that? Miles Wood? Kyle Palmieri? Palmieri specializes in the 25-goal, yeah-but-who-gives-a-shit season. We don’t know the different between Travis Zajac or Pavel Zacha, and that’s if you can convince us there is one. And we’re sure we don’t care.

And that might cost the Devils in the future. As players get to free agency younger, as players lock in their big-money earlier when they’ve earned it, more players are going to want to go where the good players already are. Tavares going to Toronto might only be the start.

So who is going to want to ply their trade in fucking New Jersey?