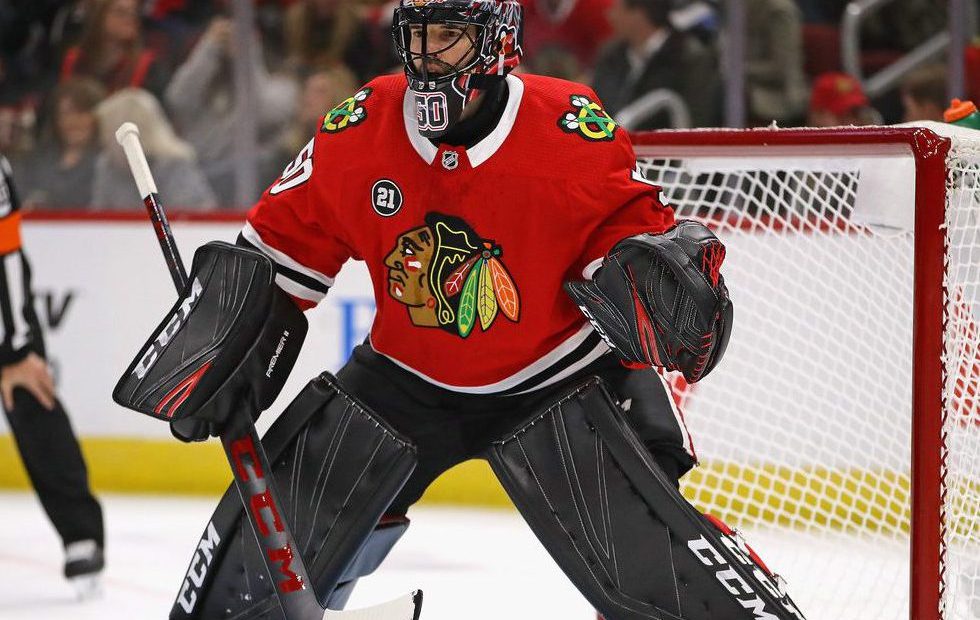 By all accounts, the Hawks had no business even being in this game. The Jets should be asking themselves tough questions about why this was as close as it was, although in the end their talent level was enough to let them do what good teams are supposed to do (i.e., beat shitty teams). The start of another losing streak? At least it has the qualifier of being an overtime loss. Let’s get to the bullets:

– Through the first two periods, this was honestly a game. Out of the gate the Hawks were fast, they were getting sticks in passing lanes at least a little bit, and they led in possession. Crawford gave up a power play goal to Mark Scheifele but it was off a ridiculously good pass from Blake Wheeler (basically the embodiment of what Fels talked about earlier today), and you could only tip your cap. And they ended the first tied at 1 thanks to Jonathan Toews‘ last-second goal, which also came from a great feed, this time from Saad to Keith to Toews. It was reminiscent of days past. Then Saad and Toews did it again in the second and the Hawks were leading…it was disconcerting, and while they played well they were by no means dominant.

– And that became apparent in the second when Patrik Laine just conjured a goal into being because he felt like it. This guy is insane, seriously. But fine, he’s too good for a team like the Hawks to thwart all night. The problem was later in the second when Mathieu Perreault was able to hop out of the penalty box and waltz in for a goal alone on Crawford. Granted, Crawford should have had that one but the power play preceding it was rather clown shoes and the Hawks couldn’t get set up well or hold onto the puck (obviously). And for the record, Pat and Eddie kept saying it was a short-handed goal and it was NOT SHORT HANDED WHEN THE GUY IN THE BOX SCORED. This is not rocket science—if the guy in the box scores then he is no longer in the box for the penalty that put him there. I just need someone to know this.

– Anyway, after that the Hawks pretty much deflated like a sad balloon. In the third they took repeated penalties and ended up down a man, and even when they finally had a power play themselves, John Hayden high-sticked Tyler Myers and they were right back where they started. They managed a pitiful 32 CF% in the third. But then…

–…Gustafsson gave them their second last-ditch goal of the night, tying it up with less than 10 seconds left, just as Toews had done in the first. You could tell Brossoit was pissed, and in the end he had nothing to worry about because the Hawks quickly coughed up the winning goal shortly into OT. But we got a point! We almost snuck one away from a far superior team! That’s now two games that HAVEN’T been regulation losses so…baby steps?

– Another positive: Brandon Saad had an excellent game. Defensively he looked good, like when he stopped Kulikov in the second and then took it down the ice for a nice opportunity, and he had two assists on the night. Add to that three shots, and he had a 54 and 58 CF% with Toews and Kahun respectively. We’re finding rays of hope wherever we can.

– The defense had its moments but also managed to be quite wobbly at times. Connor Murphy and Carl Dahlstrom were way underwater in possession, but there was Dahlstrom out against the Jets’ top line because why the fuck not? Duncan Keith on the other hand played well, looking like his old self at times. Except for when he was just standing around in OT watching Scheifele have his way with the puck and Crawford. Again, baby steps with a sort-of functioning defense at times, but there are still real fundamental problems here. At least we didn’t have to watch Brandon Manning.

– Jonathan Toews is continuing to play well and that’s nice. Alex DeBrincat did not continue his recent streak of playing well and that’s disappointing. Tonight his line managed barely over a 40 CF%, he only had one shot, plus he got picked on by Dustin Byfuglien being an asshole and running him over (that’s not Top Cat’s fault, it’s just the way things were going for him tonight). I know, he had two goals in his last two games, so give the guy a break. He just didn’t have it tonight and they could have used the help.

So it almost feels like a win to get even a point out of this game, when the Jets really should have brained these fools. The death march continues with four more games in the next week, against a lot more divisional opponents (i.e., good teams mostly). These last two have at least been watchable…onward and upward.