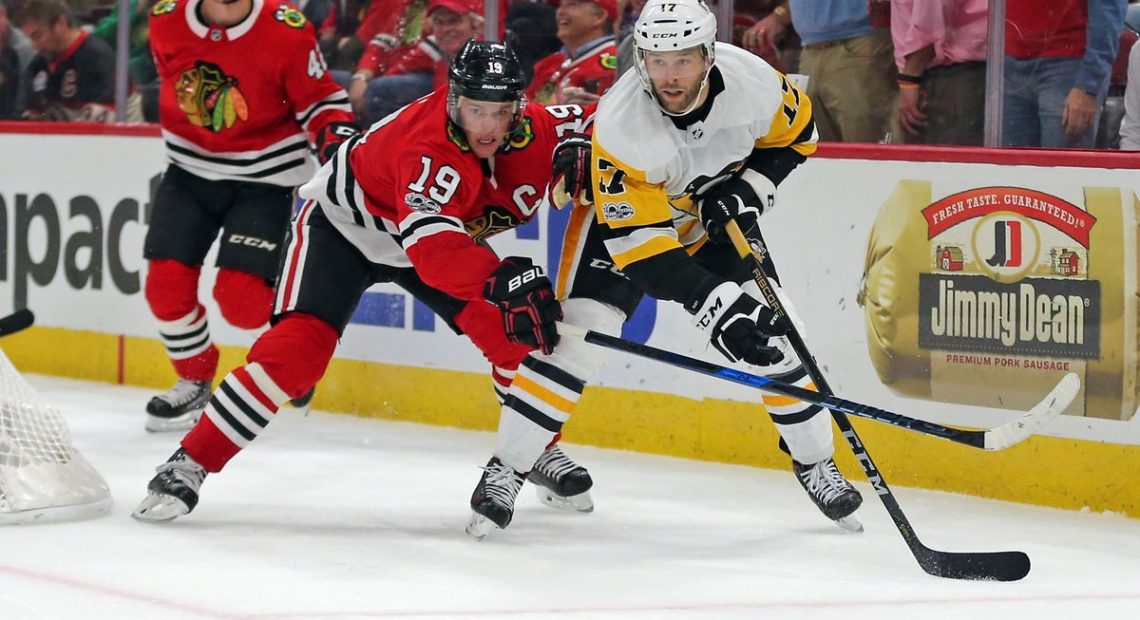 Holy hell, the Blackhawks finally looked like a competent NHL hockey team tonight. I am not sure if that means that the Hawks are “back” (they’re probably not, cuz they’re still bad) or that the Penguins are just utter ass. The Hawks streak of bad play was not going to continue to be that bad, though, so it’s probably a small mix of both. Let’s do BULLETS:

– I am definitely not about to issue some kinda proclamation that the Hawks forward depth is suddenly good or unsung heroes, but I will say that tonight’s game showed how freaking important it is to get production from your depth forwards if you want to win. The Hawks got goals from Andreas Martinsen and Marcus Kruger in this one, and while Martinsen kinda lucked into his by just being a big guy and getting hit by the puck, Kruger’s ended up being the GWG. Obviously the Hawks depth is still ass, and it’s completely misguided to think that they can somehow become a productive depth group, but it still tells you that you need to get that right to be good. So that’s an area of need this offseason.

– When I was on the podcast this week, I mentioned that one of the most frustrating parts of the Colliton Hawks is that they don’t seem to know what to do in the defensive zone, and that was a theme tonight for sure. The Penguins first goal was a result of two key screw ups in d-zone positioning. Jokiharju was too deep in the zone to cover Bryan Rust in the left slot, but that wouldn’t have been a problem if the forwards were helping down low. So, with both Joker and the forwards out of position, it was a recipe for disaster, and Rust cashed in. To me that’s a coaching thing, and while this is basically a lost season at this point, Colliton has to correct that in his team to keep them competitive now and in the future.

– Crawford looked a bit better in this game than he has recently, but he’s still kinda jumpy-stabby at saves. Sam pointed out on Twitter after the game that he tends to do that kind of thing as he corrects himself, so maybe it’s that, and it never really hurt them tonight, but something to keep an eye on.

– Alex DeBrincat is so fucking good, which I know everyone knows already but we have to talk about it more often. The goal he scored tonight was absolutely beautiful work of art, and the fact that the Hawks got this guy with a 39th overall pick that they got for Andrew Shaw will be hilarious to me forever and ever. Thank you Montreal, you dumb french fuckers.

– Friendly reminder that Jonathan Toews was a Top 100 NHL player and Evgeni Malkin was not. That list was fucking meaningless but idiots on Twitter took it way too seriously and that made it hilarious.