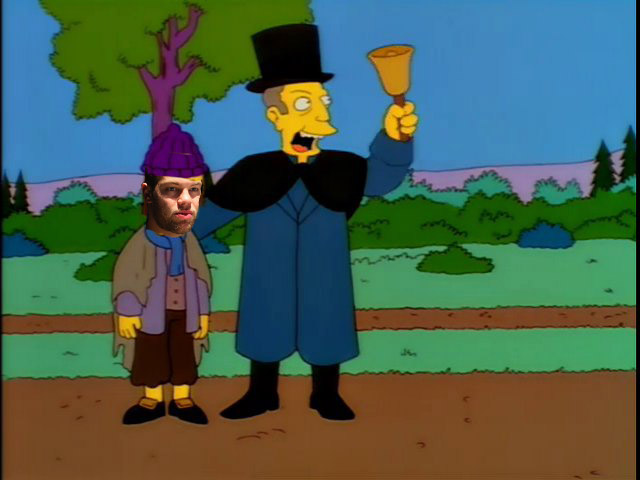 Well, maybe not century. Then again, it’s hard to think of too many bigger stars that have been or will be traded like Taylor Hall. And he’s already done it once. His teammate PK Subban might be a candidate, at least it was the first time. Though some of that has to do with his personality as well. When Marian Hossa was traded twice that was up there. Joe Thornton maybe? Anyway, Hall is already on the shortlist, and he’s about to be again.

It was awfully ambitious of the Devils to think that Hall was going to want to stay long-term. Sometimes you have to recognize what you are, which is an also-ran team for a good long while now playing in a goddamn swamp. Maybe players like the opportunity to live in New York City or Hoboken or whatever, but the Prudential Center is generally not atop most people’s list. If you’re going to be an also-ran, you might as well be warm.

So while the Devils were able to spasm a playoff berth behind Hall’s Fuck You World Tour of 2018, it should have been sign when he didn’t sign up longer term last year that he was at least going to wait and see on where this team was going. He would have had more value at the draft, and now the Devils are going to have to look to cash in on only about a half-season of Hall to the buyer. Sometimes you just have to take the plunge no matter what it means, especially in a summer when you’re already gotten Jack Hughes and PK Subban to compensate. Maybe the Devils thought they could really run for a playoff spot with that, and perhaps if all their goalies hadn’t turned into mist or gotten hurt or both they might have. But it’s over now.

So what could Hall fetch before the deadline? That’s hard to know, because there aren’t a ton of recent comps. Matt Duchene is close when he was sent from Colorado to Ottawa, which netted the Avs two prospects, Kyle Turris (whom they then flipped for two more prospects and a second rounder), and a first round pick. But Duchene had two years left on his deal, which makes his value far higher. Turris himself was in the last year of his contract, and that might be the better comp. That got the Avs Samuel Girard and Vladislav Kamenev along with a pick.

And Hall is better than Turris. Clearly the Devils are going to have their heights set a little higher than Adam Larsson, which they hilariously sent to Edmonton for Hall in the first place. But Turris, when he was moved to Nashville, immediately signed on and wanted to be there.

Does Hall want to immediately sign an extension where he goes? This is his one chance at free agency in his prime, and he’d have to be considered the biggest fish in the pond. There are going to be some big market teams desperate to turn things around, like say the Montreal Canadiens. Players are more and more reluctant to pass up that chance, because you’d have to imagine it’s a fun process to be that needed.

The Devils need to clean up though, because the picture isn’t quite as rosy as it once was. Hughes, Hischier, and Zacha is a nice start down the middle, but they need a lot of help on the wings going forward. The defense only has Will Butcher as a young up-and-comer, and he’s not even that young after going the route at college. A future first-pairing d-man would have to be the starting point in trade talks, and at least another contributing winger to join the Jesper Party.

Who needs Hall that desperately to fit in his salary and not just wait for the summer shopping? The Sharks seem to be all out as it is. St. Louis could always use additional punch (god help us). The Oilers need anyone who can remain upright behind Draisaitl and McDavid. Might the Panthers be curious now that they’re suddenly in an automatic spot? There shouldn’t be a lack of suitors.

Bob McKenzie’s phone is going to get a workout.