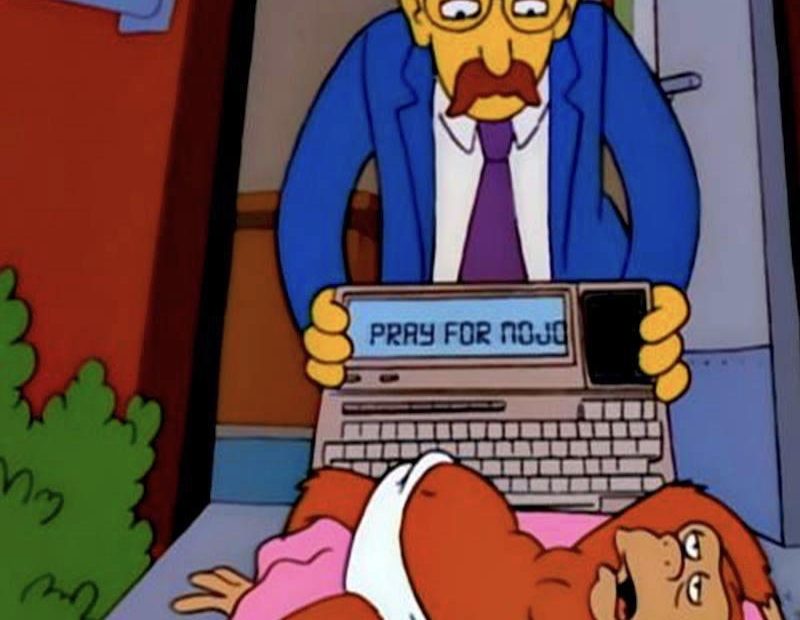 After watching this game I had to sleep on it. And get an extra hour. There’s another one of these tonight, not to mention a Bears game, so let’s just get to it:

–The story was supposed to be Adam Boqvist‘s debut, so let’s address that right out of the gate even though his performance wasn’t all that exciting. In fact, his numbers with Duncan Keith weren’t great (37 CF% with Keith) but there were flashes of what could be future brilliance. On his lone SOG, he had a lovely maneuver in the second period that was set up by a Kirby Dach pass, showing that there may be hope after all with the next generation. Boqvist didn’t quite finish that attempt but it still left everyone’s pants a bit tighter. Overall he was fine, he at least tried moving the puck, but the possession situation was an issue. At one point he and Keith spent a full three minutes pinned in their own zone because neither they nor Kampf could get control of the puck. Luckily Crawford bailed them all out but whether or not he stays paired with Keith, Boqvist needs to at least get the puck before he can move it up the ice.

–And that really gets to the larger issue in last night’s game, which was the Hawks’ general inability to be functional. Should we be losing our minds over a kid’s shitty possession numbers in his debut game? No. But the complete lack of control by the entire team was downright disturbing. Letting this awful Kings team keep the puck for minutes on end, giving up 49 shots on goal (yes, you read that right), taking endless penalties, being completely incapable of exiting their own zone—these are still major problems this team has to deal with, and no excitement over a couple of rookies can mask that. Not anymore, at least.

–And the reason all this mediocrity didn’t result in the Hawks getting completely embarrassed was…wait for it…the goaltending. Duh, of course it was. In an odd bit of theater, the officials made Corey Crawford leave the ice early in the first period for concussion protocol after he took a shot off the facemask. This was immediately after the Kings’ second goal in less than 5 minutes, so it briefly seemed like Coach Cool Youth Pastor was pulling him (which would have been dumb because he got hung out to dry defensively on both of the first two goals, well, actually on all of them). I guess it’s a nice gesture to have “concussion spotters?” Who knows what level of vigilance that actually entails. But, Robin Lehner came in and made 5 saves on 5 shots in 5 minutes. While I love the numeric synchronicity, can we stop and ask why the fuck they’re GIVING UP A SHOT PER MINUTE? To one of the league’s worst teams? It’s mind-boggling.

Crawford then came back in and proceeded to be lights out, with the very unfair exception of the overtime winner that just dribbled behind him and he didn’t realize it after making an initial save. The barrages he faced in the second and third periods could have put the Kings up by a touchdown. So the good news is he wasn’t concussed apparently, and he found his groove after the unexpected break. He and Lehner are truly a ridiculous duo this team gets to put out there—a level of talent that this organization doesn’t really deserve.

–Dominik Kubalik looked damn good and was key to the first two goals, scoring the first and assisting on the second. David Kampf didn’t look so good, and that was disappointing because if Kane is going to be on that line, Kampf needs to be defensively competent. I realize that if you look at the box score, you’ll see Kampf scored that second goal on the assist from Kubalik, and yes that was pretty much the highlight of the game. Jack Campbell did his best imitation of break dancing late in the first and made a save on a nifty Toews move. He tried getting acrobatic again while playing the puck and Kubalik stole it and set up Kampft. So it’s not that Kampf sucks, it’s just he had a 28.6 CF% at evens and couldn’t get out of his own zone. Kane and Kubalik have a share of this blame too, of course, but we need Kampf to be leading the way on that.

–But the lines got all scrambled by the third anyway, so who really knows or cares? Just showing CCYP has no real answers.

–Slater Koekkoek sucks, OK? He just sucks. You already knew that, but watching him fall on his ass as Michael Amadio scored was performance art at its best. And let’s not forget that Andrew Shaw getting beat along the boards led to that third goal. But tell me again about how Shaw’s energy helps the team. While we’re at it, can we stop with the nonsense of playing Dach with oafs and bums? How playing with Andrew Shaw and Zack Smith is going to help his development is beyond me.

–Hey, Jonathan Toews was sorta back to a semblance of his old self! The tying goal was of course huge, but he had a couple other good chances including the break-dancing-inducing one in the first. This team needs offense, so if Toews is going to show that this first month has been just a temporary slump, there’s no time like the present.

It wasn’t for a lack of trying last night…the Hawks were just bad except for Crawford and a few flashes from others. If this is them making an effort, then it’s going to be a long rest of the season. We knew that anyway I guess, but…onward and upward?