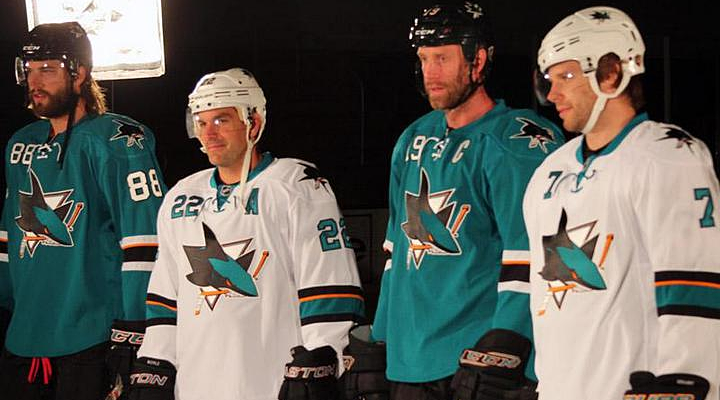 This off season, there have been numerous teams debuting new threads. So far, the Hurricanes, Stars, and Sharks have shown what they’ll be wearing this upcoming season, with the Wild still yet to reveal their new road whites, and the Sabres bringing to the fore a new alternate third jersey. This also doesn’t even take into account the rash of one-time use sweaters that’s bound to happen for all of the outdoor games, some of which we’ve already seen.

There are so many new threads to be seen that even the Worldwide Leader felt it necessary to chime in with their all-important RANKINGS wherein the Hawks are completely erroneously left near the bottom of the top-10. And while it’s just one person’s opinion, to have it outside of the Top 6 (where honestly any of the Original Six could be used interchangably and any such ranking should have two seperate categories, such is the disparity between the flagship franchises and the rest of the league), we here at CI Headquarters have a few handy rules of thumb that work across the board, no matter the team.

There’s probably about a zillion other tiny little things that make a uniform either good or bad, but that’s why entire blogs are devoted to that very subject. And if you have any interest in the subject and you’re not reading the incomparable Icethetics frequently, well you will be now.  And though it’s easy to cast judgement down upon the rest of the league’s gauche clothing choices given the Hawks’ place among the league’s (and professional sports’) most suavely appareled squads, we will still have to hold our collective breath that the game at Soldier Field in March doesn’t bring with it some boring black sweatered monstrosity overrun with red piping.