Death Of The Narrative 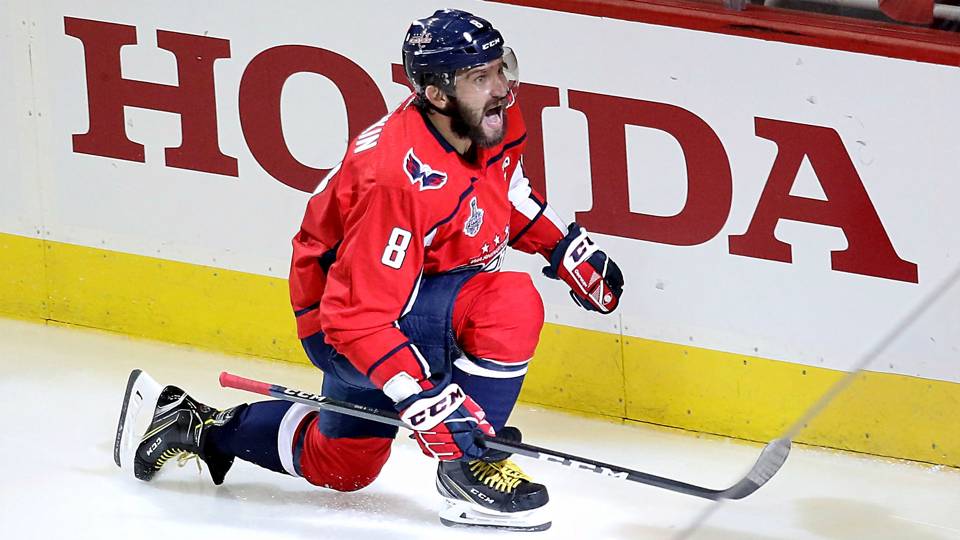 At the risk of putting the Fels Motherfuck on the Capitals, it’s a fairly safe bet that Alex Ovechkin will be hoisting The Chalice if not tonight, by Monday. Only the Maple Leafs of 76 years ago have overcome a 3-1 deficit in the Cup Final, and that was a 3-0 comeback back when friend of the program Forklift was just finishing his doctoral thesis. And should that likelihood play out, a couple of different storylines should finally fall by the wayside.

First and foremost is the long held belief that Alex Ovechkin is any kind of a choke artist, or that his place in the annals of hockey lore would not be cemented without his name etched in silver. It’s well worn territory, but for the sake of discussion, here are the bona fides once again. As far as regular season players go, Ovechkin is the fourth fastest player to 600 goals behind Gretzky, Brett Hull, and Lemieux, and far and away leads the NHL in shots on goal per game with 4.88 per contest, nearly a half shot more than countryman Pavel Bure’s 4.46, and only the wife-beating Hull the elder and Phil Esposito have averaged more than 4.0 per 60. That Ovechkin has accomplished this in an era where the mandate is to prevent the puck from even reaching the goaltender from shot blocking defenders who are aided by featherweight equipment made out of the same material used in riot gear should render this all the more impressive.

In the post season, Ovechkin is fourth among active players in points-per-game at point .967, under his regular season average but that’s simply what happens in the playoffs when one only plays “good” teams, and made even more impressive by virtue of the fact that there was a seemingly annual slog against the Rangers where their rotating carousel of clown coaches would do their absolute best to clog up everything Ovechkin was trying to do and had a generational goaltender waiting for him in Henrik Lunqvist if he got through it. And for the record, Ovechkin only slightly drops in his shot output at 4.5 shots per game, which would still be the best all time regular season mark. So while the reasons the Caps haven’t gotten this far up until now are myriad, and among many measureables this isn’t in the same ballpark of some other Caps regular season juggernauts that fell short, none of it could, or should ever be pinned on Ovechkin, even if he’s unlikely to win the Conn Smythe given his centerman Evgeny Kuznetsov’s output should the task be completed. He was a legend before, and even if this Cup ends up being Scorcese winning for The Departed  or Denzel winning for Training Day, he’ll be a legend after.

The other line of bullshit that absolutely needs to stop is that of the Cinderella Story, particularly once it comes to the Cup Final, and what looks to be the end of the line for the Golden Knights. To listen to casual hockey fans and most hockey media, all a team needs is a hot goalie to win the Cup, and it completely randomizes results. But dating back to even before The Great Lockout Of Aught Four, starting with the Devils/Ducks series, there have been plenty of interloping types to reach the final, more often than not facing against a some serious chalk on the other side of things, and the team with more all time-greats on their side (the chalk) ends up victorious. Even the Hurricanes’ Cup immediately coming out of the lockout may be looked at as an oddity, and it kind of was, but a young Eric Staal put up 100 points that year. Future Conn Smythe winner Justin Williams was on that team, as was future Cup contributor Andrew Ladd, facing off against a team that had been dragged to the final singlehandedly by Chris Pronger. Don’t even talk about the 2012 Kings either, as anyone with a brain knew that team was absolutely stacked and just figured things out late in the season. And while there were some bad personnel decisions that left Vegas with more than a few solid players, there are no generational talents anywhere to be found on this roster. Which dovetails to the above paragraphs about Ovechkin. The stories end up being cute and by and large the majority of those covering the event will feed into the belief that the underdog might just pull this off. But they never do, and all they end up being is footnotes in the careers of the players who define their eras, just as Ovechkin has.

Tags: Alexander Ovechkin Capitals Golden Knights The Lies They Tell Are Told Until They're True