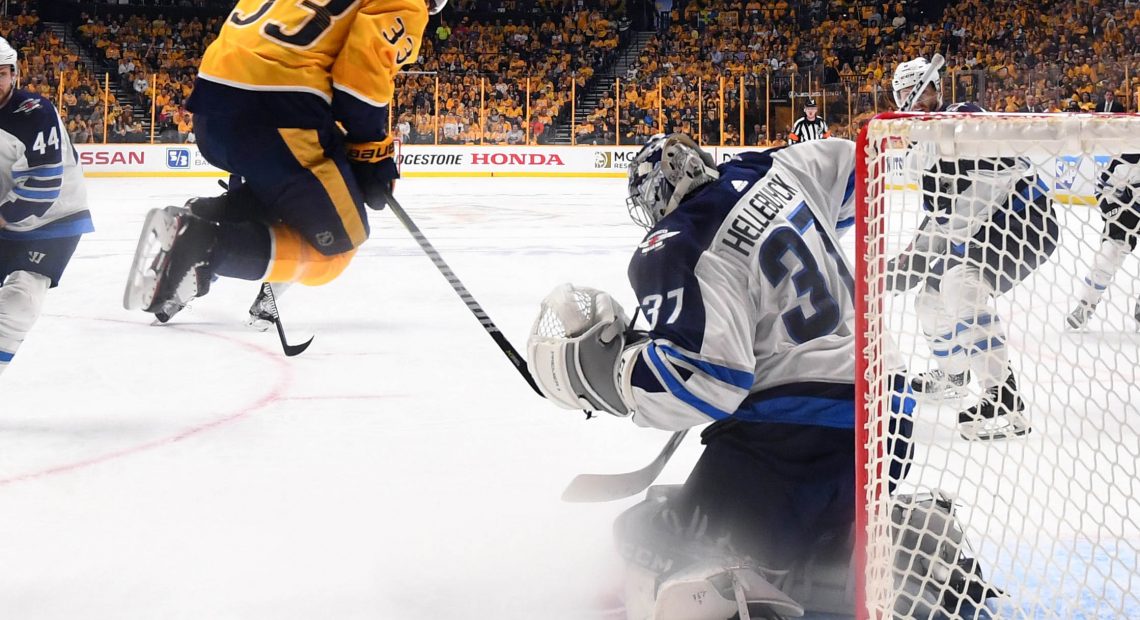 We took a bit of a tour through the league last week, but of the more local concerns, what have the other Central Division teams been up to this offseason?

Nashville Predators – The reigning champs haven’t really done much of anything other than watch PK Subban have the summer we all dream of having. They have a ton of cap space but have yet to use it, and Ryan Hartman and Juuse Saaros remain unsigned. Perhaps they’re keeping their powder dry for next summer when they sign Ryan Ellis and/or Pekka Rinne to utterly hilarious extensions. This is probably a team that could use more firepower up front, despite what they keep telling you. Maybe they’re spending it on the Eli Toivanen PR machine. Not sure. Still awfully silent on the Austin Watson case, and they’ll almost assuredly welcome him to training camp with open arms because David Poile is the same bag of shit that every other NHL GM is when it comes to that sort of thing, and don’t let Preds fans tell you different.

Winnipeg Jets – The Jets have also been remarkably quiet, but you can do that when you probably were the West’s most complete team last season. There are still extensions waiting for Hellebuyck, Trouba, Tanev, and Lowry, and the first two could be quite expensive. Even Lowry should get more than you’d think as one of the better checking forwards last year. They lost Stastny to Vegas, but this was a borderline great team before he showed up, and going Scheifele-Little-Perreault-Lowry, or moving Copp or Roslovic to the middle should still make for a great team. They still need a backup goalie of some kind because Hellebuyck isn’t going to play 70 games, and I’ll laugh pretty damn hard if they bring Pavelec back to do that. Still, this is a team that needs to keep space reserved for next summer when Wheeler, Copp. Laine, and Connor are all up for new deals. This is still a team you have to figure out why they can’t come out of the West instead of why they can.

Minnesota Wild – Other than scouring the black market for bionic limbs for Zach Parise, this is the same collection of “Oh that guy” it’s been for at least five years now. J.T. Brown or Eric Fehr don’t really move the needle, and they’ll count on kids like Kunin or Greenway to take this rabble any farther than it’s gone, which they can’t do. Matt Dumba remains unsigned, though they have plenty of space to accommodate whatever his number comes in at. Bruch Boudreau “GO GO GO” ways and Devan Dubnyk probably monkey-hump this team to another playoff appearance, the question for everyone is what good will that do? This is a team screaming for a major shakeup that simply can’t produce one.

Colorado Avalanche – This was a team whose main goal was to not fuck up their rebuild too much, though they’ve been whispered to be in on Erik Karlsson. Matt Calvert is an interest signing who didn’t cost much at $2.8 per, and if he’s restricted to middle six minutes would be a boon to their depth. Tyson Barrie is somehow still here even though they’ve been trying to trade him since the first Obama administration and now he kinda sucks. They brought in Phillip Grubauer to replace Semyon Varlamov, which should be an upgrade. Basically, this team is looking at how much Yost, Kerfoot, Girard, Compher, Rantanen, and Kamenev grow for whatever their improvement is going to be, and that’s basically all they should do. It’s not as promising in Denver as some would have you believe, but it’s far from hopeless either.

St. Louis Blues – We went over this last week, but this is how a team should react to missing the playoffs. Bozak and O’Reilly are massive upgrades on what they had, and that includes Stastny. $4M on David Perron is a complete waste of time other than to my sense of mirth, but given what’s here he can pretty much be restricted to third-line duties which is all he’s ever really been. The defense is still slow and overrated, and Jay Gallon is going to piss fire all over whatever they try and do, but at least it’s a team acting with some urgency.

Dallas Stars – They were poised to make the biggest splash by acquiring Karlsson, and then fucked it up by bragging to everyone how badly they were bending over the Senators and hence the Sens pulled out. So now they’re left with the same problematic squad Jim Nill has built over the years. The return of Nichushkin at least raises some eyebrows, because he flashed being a dominant power forward in his first go-around. It was just drowned in a sea of confused faces the rest of the time. Still, this remains a great top line with Jason Spezza trying not to disintegrate behind it and Martin Hanzal gasping for air. And that hasn’t been addressed. They brought in Roman Polak, which I’m basically out of words for, and he’ll kill Julius Honka’s will to live by December 1st. Ditto Marc Methot and Stephen Johns. Also whatever’s left of Ben Bishop is claiming to still play goal, though Khudobin is not a bad insurance policy.

So if you want to feel better, other than the Blues this is a division full of teams that have stood still. Except the Hawks were worse than all of them last year, and right now you can only see them topping Dallas and Colorado with the second being a real stretch. If Dubnyk finally goes off the boil the Wild actually have a chance to be real bad, but Boudreau never has teams that are real bad in the regular season.

So it’s an even bigger shame the Hawks didn’t do anything to try and jump up in the standings, because it was there to be done.